Entering the Job Market with 5 Stones and No Armor

In early May during the COVID-19 pandemic, I was very unexpectedly laid off from my job after enjoying nearly 10 years with the company. As I considered the job hunt in front of me, I began studying the life of David while specifically taking note on how he merged his great faith in God with his confidence in his own abilities. Two things stood out to me about David’s preparation for his face-off with Goliath.

David’s faithfulness to God led him to challenge the giant, and he was confident in victory. It took him one shot with a single stone from his sling to bring the giant down. However, in preparation for the battle, he grabbed five stones (1 Samuel 17:40). Even when God is guiding and victory seems clear, we should still do our part in preparing for what lies ahead. David was confident in victory, but wanted to be sure he had the supplies for an extended battle.

Second, David was initially offered and dressed in King Saul’s battle armor (1 Samuel 17:38-39). Traditional wisdom determined he should enter the battle with a bronze helmet and sword. But he quickly realized the armor simply didn’t fit and he was not interested in carrying a sword. He stuck to what he knew regardless of the prompting from those around him, even though they had his best interests in mind. David decided to enter the battle with his own shepherd’s gear to be true to who he was and in alignment with his experience and abilities.

What challenge is in front of you?

Is there a giant standing in your way?

For me, I am diving back into the job market for the first time in a decade. I know God will provide, but I also know I play a part in collaborating with Him along this journey. I may only need “one stone” to accomplish my next step, but I will plan well and prepare for more. I will be true to myself and highlight my own character, skills, and abilities, which God has helped me develop over my life and career so far. It will do me no good to try to be someone or something I am not.

When approaching the job market or any challenge ahead of you, consider the wisdom of David: be faithful, prepare well, and don’t wear someone else’s armor. 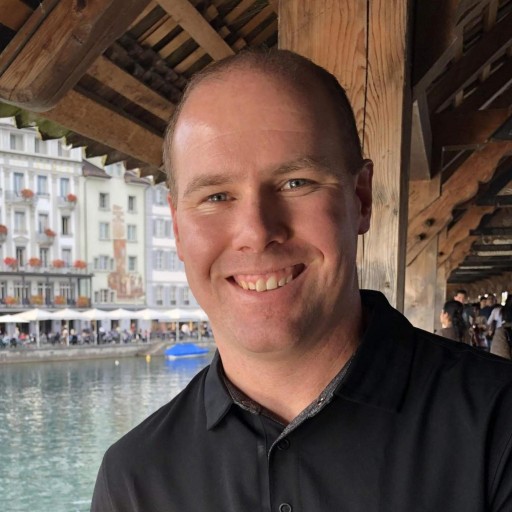 I'm a proud husband to an amazing wife and dad to 3 young kids. I work as an Engineer in Aerospace and love playing soccer, relaxing on a beach, and learning new things. I was involved with CRU at UC Davis where I met my wife, and have a passion to help others develop their leadership skills and spiritual disciplines.