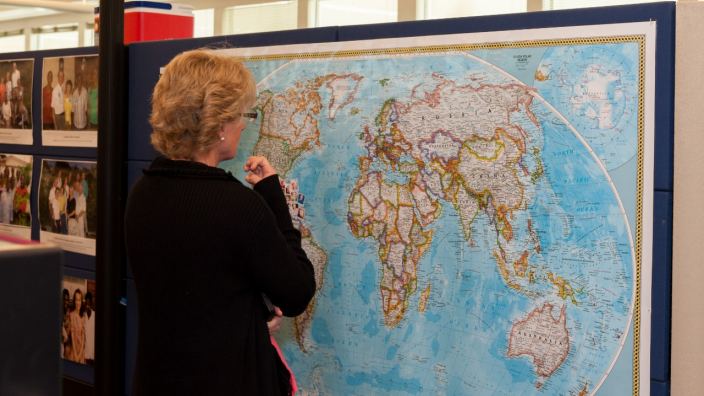 Thinking About a Mid-Career Change?

Now is a perfect time to make mission a full-time job.

Maybe you've been thinking about full-time ministry for a while – and maybe this feels like the right time.

But is Cru the right place for you?

We've had business owners, lawyers, secretaries and basketball coaches join our staff as a mid-career change – they've joined to fill a variety of support and professional roles, as well as to work full time on the field.

Yes, we need people like you, if God is leading you to us.

How John made the switch

John Stokes who now serves with FamilyLife, a ministry of Cru, said that he was about 10 years away from retiring from his management position when God moved him in a new direction.

"God was calling me right now – not 10 years from now," John says. "If I push back and wait, who knows what is going to happen tomorrow or the next day?" Read John's story.

Roger wanted a return on his investment

Roger and Maggie Bruehl served with Cru for five years before leaving to take over a family business.

Then, five years later, Roger returned to work with Cru – giving up running his father’s company that was grossing $15 million a year.

“I’m willing to put up with the hassles I’m going through for eternal things,” Roger told his wife, Maggie, “but I’m not willing to go through the hassles just to make more money.”

Tom and Julie Meiner were involved with the annual mission conference at their church, but they never wanted to be full-time missionaries.

“But over the period of time, God started working on our hearts,” Tom says. “Maybe what about us? Should we be involved?”

“What would you do if you won the lottery? Would you quit your job?”

“Yes,” Tom said. “If I were to win the lottery, I would quit my job and go into mission work.”

He sensed God was saying to him, “Why won’t you trust Me to provide those finances now?”

About six months later, Tom and Julie visited the Cru headquarters in Orlando and met with employees from Jesus Film Project®.

This was the point they determined that God was leading them to serve with Jesus Film Project. They moved to Florida in 1997.

There is a Place for You

So maybe you've made made the switch from missions maybe to missions probably, but you need to know more about the possibilities.