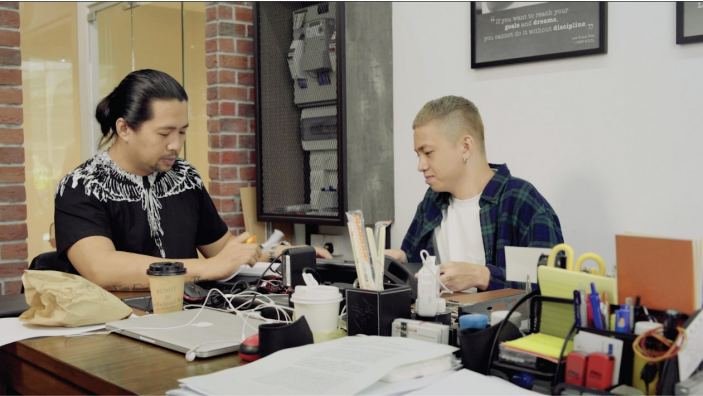 Long locks, facial hair, tattoos and a hulking figure are the trademarks of Josephus Tan, a criminal lawyer based in Singapore.

Growing up in a rough neighbourhood, Josephus had a void in his heart and longed to find a sense of belonging somewhere. He was involved in a gang, alcoholism, violence, sex and drugs.

At the height of his spiral, his father administered “tight slaps” onto his face.

That became the turning point for Josephus.

He studied hard and went to England to pursue a law degree. There, he juggled work and part-time jobs to make ends meets.

On top of that, in order to practice law back in Singapore, he would need to have attained at least a Second Upper Honours. Feeling the pressure, he entered a church to pray.

As he sat in the pew, he made a promise to God that if he could pass law school, he would honour and serve Him for the rest of his life.

A promise he’s kept till today.

Josephus graduated with a Second Upper Honours and returned to Singapore despite the odds, thus affording him the opportunity to be a full-fledged lawyer here.

When he finally attained a license to practice, he remembered the promise he made.

One case led to another. More and more people reached out to him.

His experience when he was young especially tuned his heart towards young people.

"When I see young people get into trouble with the law, it reminds me of what I was like at their age."

Josephus reaches to those in need, defending them with the hope that they may see the grace of God in the midst of trouble.

He empties himself for their sake, showing them the love of God.

Some of whom he had defended had committed serious crimes resulting in people questioning his decision to defend them.

Josephus remembers the words of Jesus in John 8:7 “Let him who is without sin among you be the first to throw a stone at her.”

He believes everyone should be given the grace to live a new life, just like how God had given him a second chance.

A God who hears

Years ago, Josephus was at his lowest point after the passing of his dad along with the mounting debts that he had accumulated overtime in his pro bono work.

God showed Himself to be a strong fortress, deliverer and a God who hears.

Josephus cried out to God in desperation, questioning the purpose of the work that he could no longer sustain.

God miraculously provided for him through friends whom he had previously helped in pro bono cases.

These friends pledged a sum of money to help him to start his own law firm in 2017, which he named Invictus Law Corporation.  “Invictus” is the Latin word for “unconquered”.

To Josephus, who has gone through much with God, “Invictus”, refers to an unconquerable faith in God and be unconquered by circumstances.

Today, the Invictus staff team has caught on Josephus' legacy of paying forward, making time to volunteer together despite their busy schedules.

And in 2018, they launched Invictus Legacy Centre, offering “Happy Wills” at low rates.

Heart of a mentor

Recently, he came to know Russell who was facing a jail sentence. Through Josephus' help it was reduced to a probation.

Impacted by Josephus, Russell became interested in becoming a lawyer. Josephus guided him, even offering him an internship at Invictus Law Corporation.

Now, Russell has dreams of helping others the same way Josephus helped him. The strong bond forged between them helped him trust Josephus completely as his mentor.

"No words can express how much  I feel thankful for him," says Russell.

To onlookers, Josephus’ decisions and work may seem foolish.

*LiveSg is an initiative by Cru Singapore to ignite movements of people who choose to help others live significantly despite weathering tough times.

How has God been your help and guide?

How can you live significantly by mentoring or guiding others on their paths, just like how Josephus did with Russell?

Bigger Than The Singaporean Dream

Water For Life, Hope For The Future

Find the most inspirational Christian stories at Cru Singapore. We hope you will be blessed as you read and discover how they overcome their challenges!

Learning To Expect The Unexpected

Amanda took a path less travelled, and ended up on an unexpected journey.