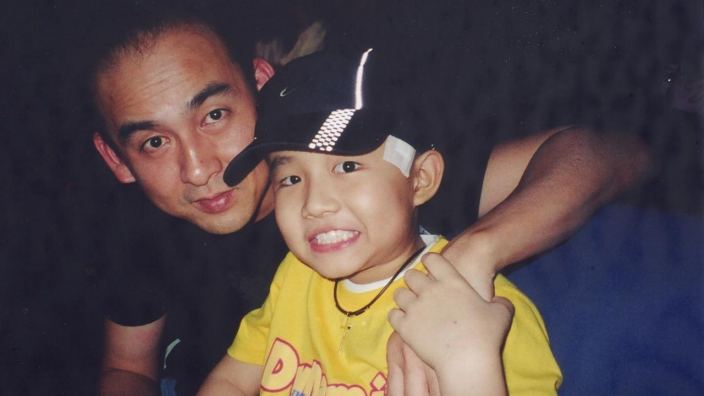 Broken For A Higher Call

Bankruptcy. Divorce. Death of a son.  Mr Jimmy Ong survived all three and came to terms with God to tell of His glory.

Being hardworking and a person with the gift of the gab, he was very successful in the corporate world after his national service. His first wedding was a grand one in 1990 and he subsequently had two children, Shaun and Demni.  With a flourishing business, he seemed to have it all at a young age before 30 - family, career success and wealth.

Things soon turned to a downward spiral with business failure and he declared bankruptcy at age 30 in the year 1995.  With financial woes, his marriage was put on a strain and ended in 2001.  Shaun, already a Christian, became his only pillar of emotional support.  Although young, he was mature and understood what Jimmy was going through, a great supporter and encourager to Jimmy.

In late 2003, Shaun was unexpectedly diagnosed with end stage brain cancer, no one saw it coming.  When Jimmy asked Shaun if he was afraid of dying, Shaun was not at all scared and his courageous reply filled with hope left Jimmy a deep, everlasting impression, "If I die today, Daddy, I will see Jesus."  He remained cheerful and playful in a good way until his last days when he succumbed to the disease and was called home to be with the Lord on 10 June 2004, barely 7 months after the diagnosis.

Shaun's departure left Jimmy hopeless.  He felt that he was a loner and everything is over, the person who really loves him and the person that he could look up to was gone, there was simply just nothing left for him.  One day back home, he contemplated suicide.  From his room on the 11th floor, he was holding Shaun's portrait and ready to jump down.  What held him back at those crucial moments was remembering the promises that he had made to Shaun to stand on his feet again.

In the midst of his struggle in 2005, Jimmy stepped into different churches over the months for two reasons - to find answer from God why He took Shaun away and to listen to Shaun's favourite worship songs.  In church, each time when the congregation sang Shaun's favourite songs, he would cry uncontrollably.

Coming to terms with God, he came before God broken and empty, repenting in full surrender.  When he walked out of the church service that day, his entire attitude changed.  He was a new creation in God (2 Corinthians 5:17).  He was no longer the old Jimmy who lived in the darkness.  He entrusted himself to the ways of God, having experienced God’s loving presence.

When Jimmy asked God to show him the way out of brokenness and to continue life, the Lord showed him Jeremiah 29:11 “For I know the plans I have for you,” declares the Lord, “plans to prosper you and not to harm you, plans to give you a hope and a future.”

The following week, when Jimmy went back to the church, it was a different posture altogether.  His ears were inclined to hear God's word and his sole desire was for the message in the church to be downloaded into him. God’s Word is spirit and life (John 6:6) and truth (John 6:63), knowing the truth set him free from the despairing (John 8:32).

Clinging onto the newfound hope in God, he soon found renewed strength and confidence in his life.

From hopelessly to finding God in his brokenness and seeing that what he was going through is part of God's plan for him, Jimmy endured in perseverance with sheer obedience to God against the setbacks.  God’s grace is sufficient for us and His strength is made perfect in our weakness (2 Corinthians 12:9).

Jimmy found a new, stronger and more lasting pillar of strength in God even without Shaun’s presence.  The Lord is a good refuge in times of trouble and cares for those who trust in Him (Nahum 1:7). 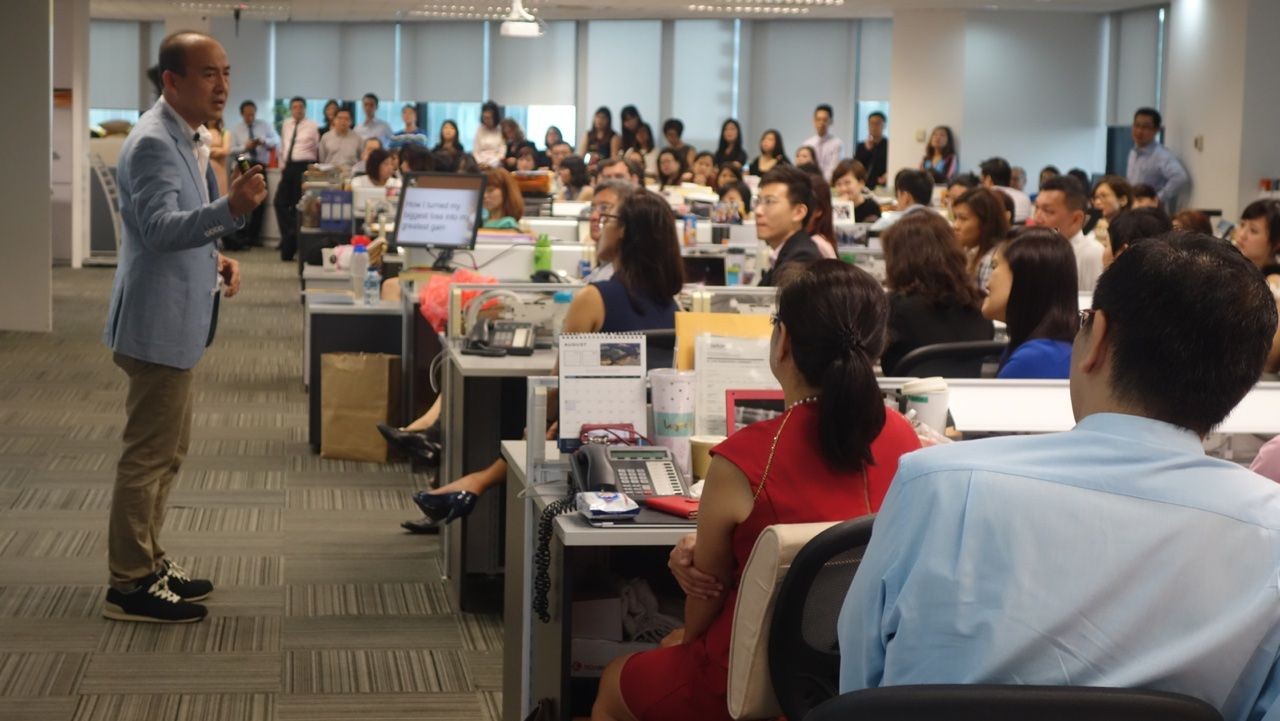 Unknown to Jimmy, God was defining him, renewing his hope and strengthened him to prepare him for his purpose.  Over time, God built up Jimmy ready to impact the lives.  Jimmy also began to make sense of Shaun's death, seeing that everything that happened was part of God's sovereign plan for him to fulfil his calling.

Today, Jimmy gives motivational talks and shares his story across Asia.  He also set up his own company in 2012 to inspire more others.  Having experienced brokenness and received comfort from God Himself, Jimmy was able to comfort those who needs comfort (1 Corinthians 1:4).  As Jimmy speaks hope into the lives of people in churches and in other organisations, he wants to use his brokenness to mend the lives of people, to inspire change and glorify the One who brought him delivered him from darkness into the light.

God is reliable, He never wastes our suffering and never puts those who trust in Him to shame.

As Shaun had impacted the lives of many young adults who visited him in the hospital when they saw him live his life to the fullest despite the illness, Jimmy wants to continue the legacy of Shaun from God.  He dedicated a beautiful butterfly mural to Shaun's school in 2009 with the prints of Ecclesiastes 3:11, “He has made everything beautiful in His time” in remembrance of Shaun and glorify God for His faithfulness.

God also redeemed Jimmy from his broken family and gave him a new family, he is now a father to two more sons, Luke and Zacchaeus.  He even authored a book in 2014.

Learning from Jimmy, our brokenness and vulnerability is not meant to be wasted, it is an invitation from God for us to surrender our broken lives to Him to enjoy His blessings for us in a far greater and more lasting manner for our good.  God never forsakes His own and sets our footing on high when we place our trust in obedience to Him.

He takes our brokenness to complete us so that we can be made whole and ready for His call.

There is no greater love than God’s love for us and when we surrender our lives to Him, He can work in our lives in a far greater measure than we can ever imagined (Ephesians 3:20) for us all to see the glory of His power and praise Him. 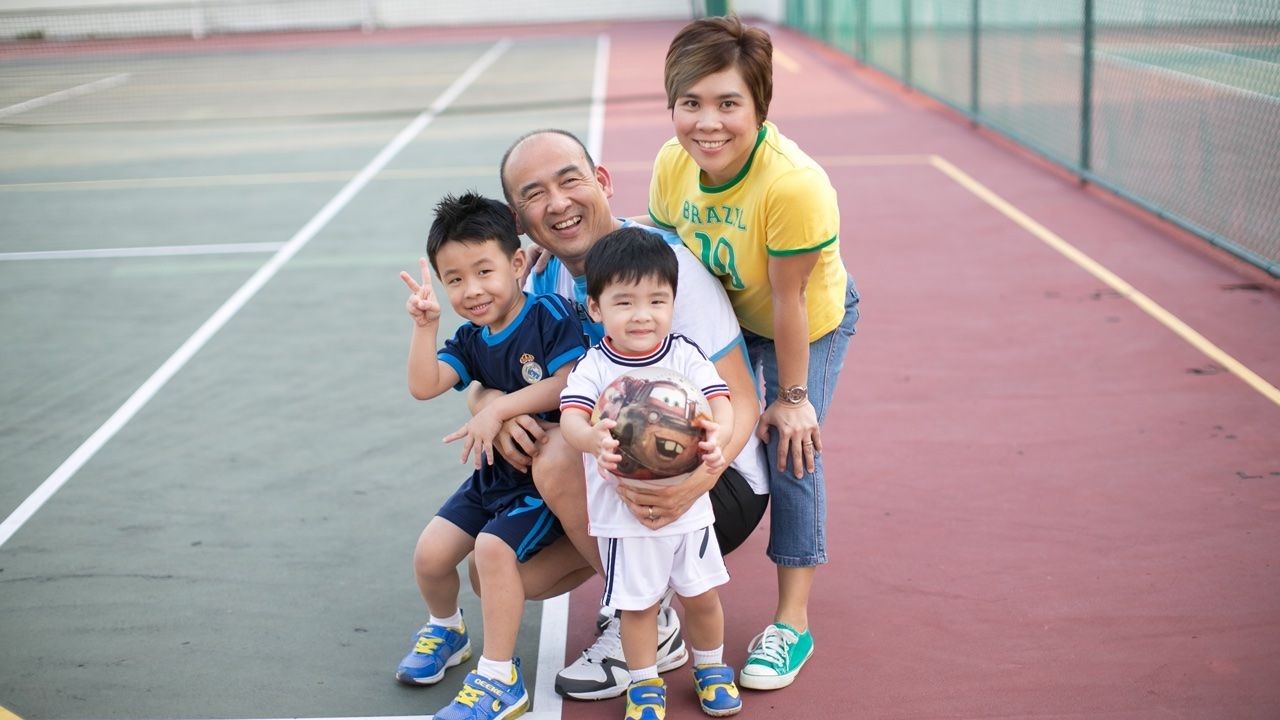 Find out how one of Cru Singapore's newest ministries, ThriveSg, began.

Raising Women of Worth: Embracing the significance of being a Mom

For Grace Tan, who serves in Wow Mom, it started with the simple desire to know God more.

A Day in the Life as Campus Staff

As school campuses all quitened due to Covid-19 safe management measures, Cru's Campus Ministry team had to adapt quickly to continue engaging students as physical meetings were severely impacted. Find out from the experiences of our campus staff what ministry life was like for them last year!