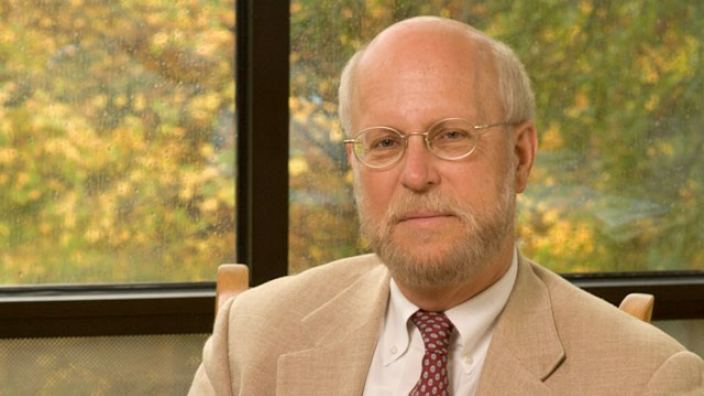 A professor’s journey of faith.

At times I am asked, “What is your most important discovery?”

In 1973, I discovered the Jesus Christ of history, the Jesus whose life is described on the pages of the New Testament – a Jesus rather different than the one I heard of as a boy in church.

My childhood Jesus was a well-intentioned, infinitely tolerant person who laid down some simple moral rules, which all religions now embrace.

I discovered the historical validity and the importance of the resurrection of Jesus Christ.

One of the central facts of Christianity is that Jesus rose physically from the dead – something not only critical to my new faith but also historically true and attested. Frank Morrison’s book, “Who Moved the Stone?” helped me understand the evidence for the resurrection. It played a significant role in helping start my journey of faith.

I discovered that the New Testament is a reliable historical document.

When I became a Christian, I wasn’t sure of this, but a book by the British classics scholar F.F. Bruce changed my thinking in this regard. And as time went by I came to have a deep respect for the Old Testament as well, having discovered that Jesus spoke personally of its authenticity. I want to emphasize here that a belief in the complete truthfulness of the Bible need not carry with it a wooden or unnaturally literalistic understanding of every verse. To quote a statement of faith that I like very much,

We affirm that God in His work of inspiration (of the Bible) utilized the distinctive personalities and literary styles of the writers who He had chosen and prepared.

I discovered that I could share my newfound faith in Jesus Christ with friends and with strangers. I discovered that most of the questions that people have about Christianity boil down to about ten distinct questions, and that there are intellectually sound answers to all ten.

I discovered that there is no problem too heavy for Jesus.

In 1979, I spent several months at the University of Texas. On a Sunday morning, I had just returned from church and was tidying up a few things in my office in Austin. My wife called and told me that our five-month old son, Pierre had just died of crib death, or sudden infant death syndrome.

Whatever illusion I had that life was just a bowl of cherries disappeared forever in that instant of time. Without going into all the details, I can tell you that never before, nor since, have I been so overwhelmed with the certainty of the love of my heavenly Father.

There is no problem in your life that Jesus can’t bring you through.

I’m continuing to discover new wonders in my Christian life. Each day is a journey in my faith. This life with Jesus began at the moment of conversion in 1973, will continue in death, and then on to eternity. I’m also sure of one thing: Jesus isn’t interested only in extracting a prayer of submission from me. He wants to change my whole life.

Henry F. Schaefer III is a Graham Perdue Professor of Chemistry and Director of the Center for Computational Quantum Chemistry at the University of Georgia in Athens. He is author of "Science and Christianity: Conflict or Coherence?"