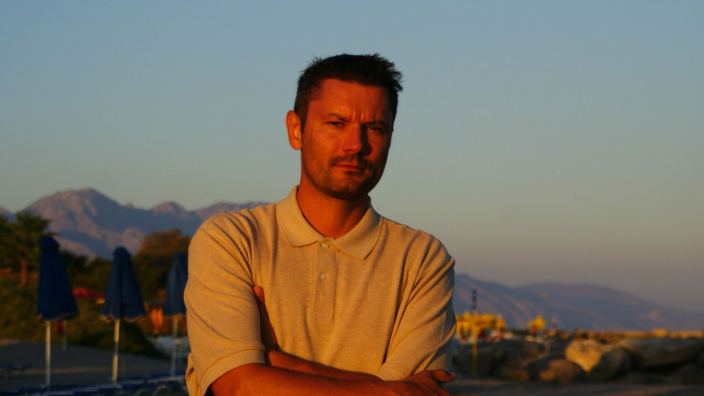 A skeptic’s life is changed when his friend invites him to church.

As a kid I grew up in communist Poland. During that time I saw the church and communism as competitors. I grew up in a church family but I went only because grandma said to.

I was lukewarm in terms of spiritual involvement. I didn’t try to learn about Jesus. It didn’t cross my mind. Religion was political rather than spiritual. The pastor either talked about politics or something else that didn’t involve Jesus directly.

I went to the polytechnic institute, one of the best, to study computer science. And after graduation I took a job with a consulting company in New York City. There a co-worker friend of mine invited me to Redeemer church.

I was skeptical thinking, what do you think this is going to do for me? But my friend encouraged me to come saying it was worth trying and it would give me a good perspective on things.

The first time I went, it totally blew my mind. The pastor, Tim Keller, appeared more like a professor than anything else and the service was held in a lecture hall at Hunter College. I thought, am I supposed sit here with a notepad and take notes and listen to this guy? Is he going to quiz me after?

It was very good for me. I have always been good with math and technology. And here was a guy who talked like a professor, but about spiritual things.

The pastor’s systematic approach to faith, the Bible and Jesus encouraged me to use my mind and try to understand what Jesus said. He encouraged us to join a Bible study. I joined 3: one on Monday, Tuesday and Wednesday nights.

At the Bible study I was surprised that people prayed out loud. At first, it was very difficult for me. I had never spoken out loud with anyone about faith, let alone in English. In Poland I grew up with three pre-written prayers. Every kid has them memorized but their meaning was lost on me. So at first it was awkward to pray to God using my own words, without a formula, but I got used to it. It was mind blowing.

Faith for me was not an instant moment but more of a process--a process of becoming familiar with Jesus. For the first time in my life Jesus appeared as a person, an entity in my life. And for the first time the bumper sticker, What Would Jesus Do? made sense to me.

In 2002 there was turmoil in the markets, I lost my job and my mother was diagnosed with leukemia. I managed to get myself together and got another job with a big financial institution.

This was the first twist after my spiritual awakening. I started having very tough questions for Jesus. Why would you do this to my mom?  I started having spiritual doubts. But I asked Jesus for help and for strength to carry on.

In 2007 my mother passed away, my father was diagnosed with early stages Alzheimer’s and I was accepted to the MBA program at the University of Pennsylvania. The school is number one in terms of economics. I had to make a decision. Do I graduate with an MBA from one of the best schools in the world or do I go back and take care of my dad who is alone and suffering from Alzheimer’s? It was the second twist in my faith. A hard decision. I had many tough conversations with Jesus about it.

I chose to come home to Poland. I moved back and I was a very tough spiritual condition, very angry. I wasn’t myself for a while. I was critical of God, Is this supposed to be the plan?

Months later, I was at an aqua park sitting in a hot tub when Paul and Sue Johnson, Cru City staff members from the United States, asked if they could join me. We began talking about Redeemer Church and about faith. It was God’s intention for us to meet. I was at the end of my angry phase and they were a godsend. They reminded me of where I should be heading.

I’m not saying that those struggles don’t come back; they have. But I keep coming back to the bumper sticker, What Would Jesus Do?

I’m sure there will be many more times through the end of my life when I will need to ask myself the same question. For me it’s a road sign--a very basic question that gives a good heading. It brings me back to the basic level of the issue or problem. It puts your feet back on the ground right away. It brings me back to Jesus.

Today Peter is involved with the City ministry in Raciborz, Poland and he continues to care for his aging father.