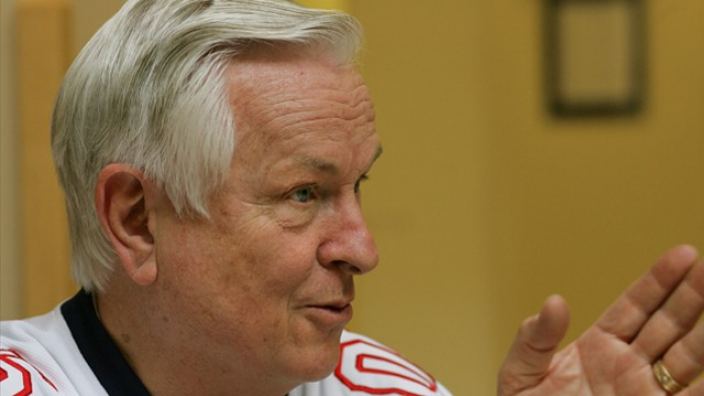 “I had to admit that Jesus Christ was more than a carpenter. He was all He claimed to be.”

When I was a teenager, I wanted to be happy. I wanted my life to have meaning. I became hounded by three basic questions: Who am I? Why am I here? Where am I going? I started searching for them.

Where I was brought up, everyone seemed to be into religion, so I thought I might find my answers in being religious. I got into church 150 percent. I went every time the doors opened – morning, afternoon, or evening. But I must have picked the wrong church because I felt worse inside it than I did outside. From my upbringing on a farm in Michigan I inherited a rural practicality that says when something doesn’t work, get rid of it. So I chucked religion.

Then I thought that education might have the answers to my quest for meaning, so I enrolled in a university. Faculty members and my fellow students had just as many problems, frustrations and unanswered questions as I did. Education, I decided, was not the answer.

I began to think maybe I could find happiness and meaning in prestige. But the thrill of prestige wore off like everything else I had tried. I endured Monday through Friday, living only for the partying nights of Friday, Saturday, and Sunday. Then on Monday the meaningless cycle would begin all over again.

I didn’t let on that my life was meaningless: I was too proud for that. Everyone thought I was the happiest man on campus. They never suspected that my happiness was a sham. It depended on my circumstances. If things were going great for me, I felt great. When things were going lousy. I felt lousy. I just didn’t let it show.

About that time I noticed a small group of people – eight students and two faculty members – who seemed different from the others. They seemed to know who they were and where they were going. And they had convictions. It is refreshing to find people with convictions, and I like to be around them. I admire people who believe in something and take a stand for it, even if I don’t agree with their beliefs.

It was clear to me that these people had something I didn’t have.

They were disgustingly happy. And their happiness didn’t ride up and down with the circumstances of university life; it was constant. They appeared to possess an inner source of joy, and I wondered where it came from.

A couple of weeks later I sat around a table in the student union talking with some of the members of this group. The conversation turned to the topic of God. I was pretty skeptical and insecure about this subject, so I put on a big front. I leaned back in my chair, acting as if couldn’t care less.

“Christianity, ha!” I blustered. “That’s for unthinking weaklings, not for intellectuals.” Of course, under all the bluster I really wanted what these people had, but my pride didn’t want them to know the aching urgency of my need. The subject bothered me, but I couldn’t let go of it. So I turned to one of the students and I said, “Tell me, why are you so different from all the other students and faculty on this campus? What changed your life?”

Without hesitation or embarrassment she looked me straight in the eye, deadly serious, and uttered two words I never expected to hear in an intelligent discussion on a university campus: “Jesus Christ.”

Immediately she shot back, “I didn’t say religion, I said Jesus Christ!” She pointed out something I had never known: Christianity is not a religion. Religion is humans trying to work their way to God through good works. Christianity is God coming to men and women through Jesus Christ.

Then my new friends issued a challenge I couldn’t believe. They challenged me to make rigorous, intellectual examinations of the claims of Jesus Christ – that He is God’s Son; that He inhabited a human body and lived among real men and women; that He died on the cross for the sins of humanity; that He was buried and was resurrected three days later; and that He is still alive and can change a person’s life even today.

But I accepted my friend’s challenge, mostly out of spite to prove them wrong. I was convinced the Christian story would not stand up to evidence. I was a prelaw student, and I knew something about evidence. I decided to start with the Bible. I knew that if I could uncover indisputable evidence that the Bible is an unreliable record, the whole of Christianity would crumble.

I took the challenge seriously. I spend months in research. I even dropped out of school for a time to study in the historically rich libraries of Europe. And I found evidence. Evidence in abundance. Evidence I would not have believed with my own eyes.

Finally I could come to only one conclusion: If I were to remain intellectually honest, I had to admit that the Old and New Testament documents were some of the most reliable writings in all of antiquity. And if they were reliable, what about this man Jesus, whom I had dismissed as a mere carpenter?

I had to admit that Jesus Christ was more than a carpenter. He was all He claimed to be.

Not only did my research turn me around intellectually, but it also answered the three questions that started me on my quest for happiness and meaning.

You would think that after examining the evidence, I would have immediately jumped on board and become a Christian. But in spite of the abundant evidence, I felt a strong reluctance to make the plunge. My mind was convinced of the truth. I had to admit that Jesus Christ must be exactly who He claimed to be.

There were two reasons for my reluctance: pleasure and pride. I thought that becoming a Christian meant giving up the good life and giving up control. I couldn’t think of any faster way to ruin my good times, but I was really miserable. I was a walking battlefield. My mind was telling me that Christianity was true, but my will was resisting it with all the energy it could muster.

Then there was the pride problem. At that time the thought of becoming a Christian shattered my ego. I had just proved that all my previous thinking had been wrong and my friends had been right. I couldn’t let go of the problem. I had to do something before it drove me out of my mind.

During my second year at the university, I became a Christian.

Somebody asked me, “How do you know you became a Christian?” One of several answers was simple: “It changed my life.”

It is this transformation that assures me of the validity of my conversion. That night I prayed four things to establish a relationship with the resurrected, living Christ, and I am grateful that this prayer has been answered.

First, I said, “Lord Jesus, thank you for dying on the cross for me.” Second, I said, “I confess those things in my life that aren’t pleasing to you and ask you to forgive and cleanse me.” God tell us that, “No matter how deep the stain of your sins, I can remove it. I can make you as clean as freshly fallen snow” (Isaiah 1:18, paraphrased). Third, I said, “Right now, in the best way I know how, I open the door of my heart and life and trust you as my Savior and Lord. Take control of my life. Change me from the inside out. Make me the type of person you created me to be.” The last thing I prayed was, “Thank you for coming into my life by faith.” It was faith based not on ignorance but on evidence, the facts of history, and God’s Word.

The change was not immediate, but it was real. In six to eighteen months, my life was changed. One change was relief from my restlessness. Another area that began to change was my bad temper.

Finding my faith in Christ has been a process, beginning with hard-nosed research and growing into the experience of a changed life.

But in spite of the firmness of the facts and the authenticity of the experience, Christianity is not something you can shove down anyone’s throat. You can’t force Christ on anyone. You’ve got to live your life, and I’ve got to live mine. All of us are free to make our own decisions. All I can do is tell you what I’ve learned. After that, what you do is up to you.

Josh lives in California with his wife, Dottie. He is the author of more than 120 books. A new movie, Undaunted, that tells about Josh’s early years including growing up in a dysfunctional family and suffering abuse from his caregiver is now available.