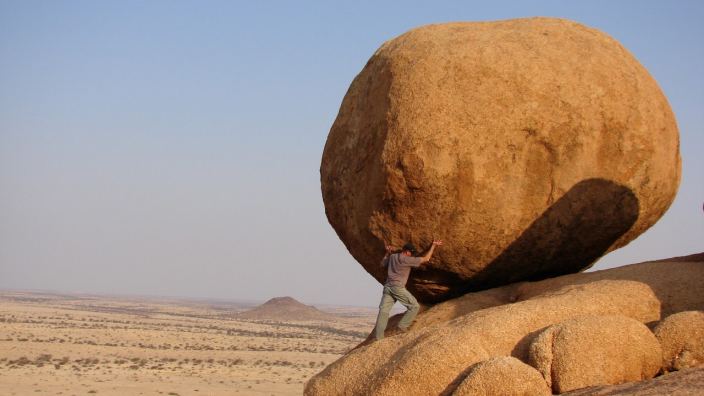 How can we truly “Be strong and courageous”?

“Be strong and courageous. Do not be terrified; do not be discouraged,” is probably one of the most often quoted phrases whenever we feel anxious or overwhelmed as Christians.

As a student, I remember praying it silently in the exam hall; as an army boy, just before we embarked on an outfield exercise; as an anxious person, often before entering into a social situation.

Over the years, I’d simply been contented to glance at this evergreen refrain whenever I felt anxious or dismayed, without exploring its deeper context and uses.

Recently, through reading the other Old Testament (OT) passages that contain the exact same phrase, I grew a deeper appreciation for and understanding of this phrase “be strong and courageous.” 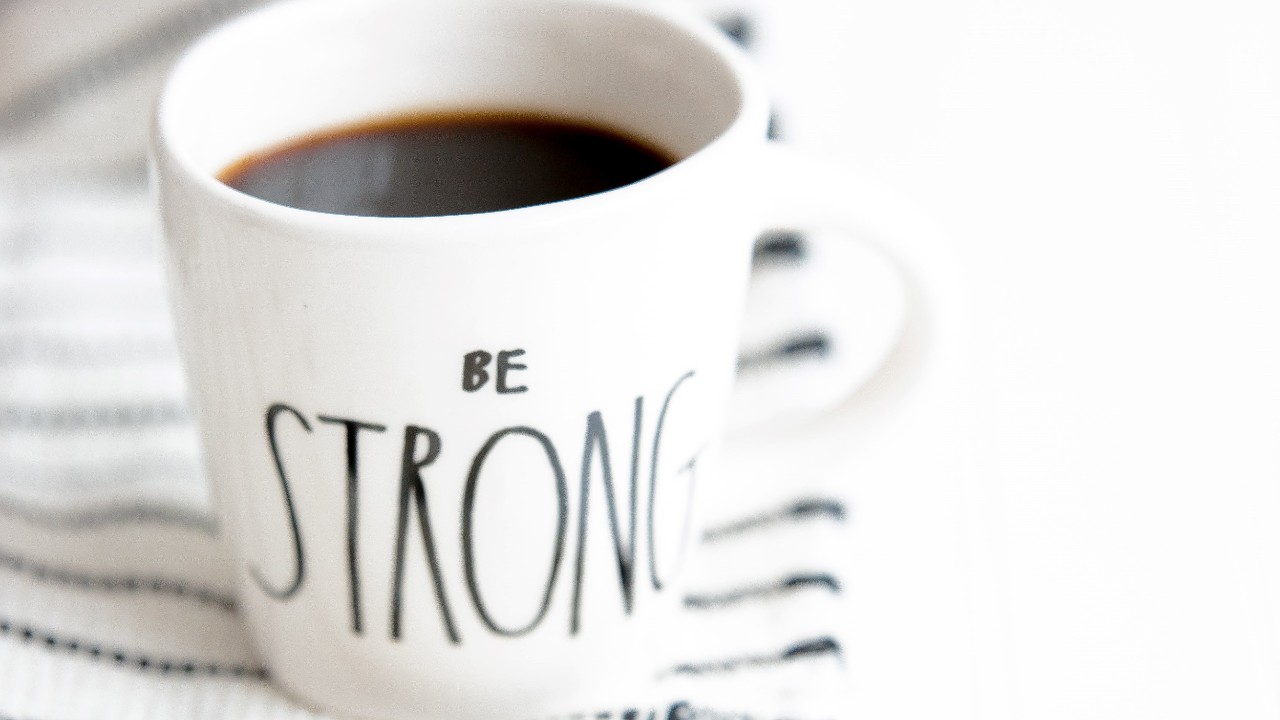 Spoken to a conqueror, a king and a people—over three different eras

After the death of Moses, Joshua, Israel’s new leader, was tasked to lead hundreds of thousands of people into the Promised Land. What lay ahead were powerful Canaanites whom they had to battle.

In the face of this monumental task, God says to Him, “Have I not commanded you? Be strong and courageous. Do not be terrified; do not be discouraged, for the LORD your God will be with you wherever you go.” (Joshua 1:9)

This seemed to be something he needed to hear – God repeated the phrase three times. After which, Joshua immediately rallied Israel’s officers to prepare for war, eventually launching a successful campaign to reclaim the Promised Land from the Canaanites.

The promised presence of the Lord meant that Joshua did not have to undertake the task alone.

The faithful, powerful God who was with Moses would also be with him. Joshua did not need to operate in his own strength, but with God’s might instead.

God’s presence with us means His power with us. 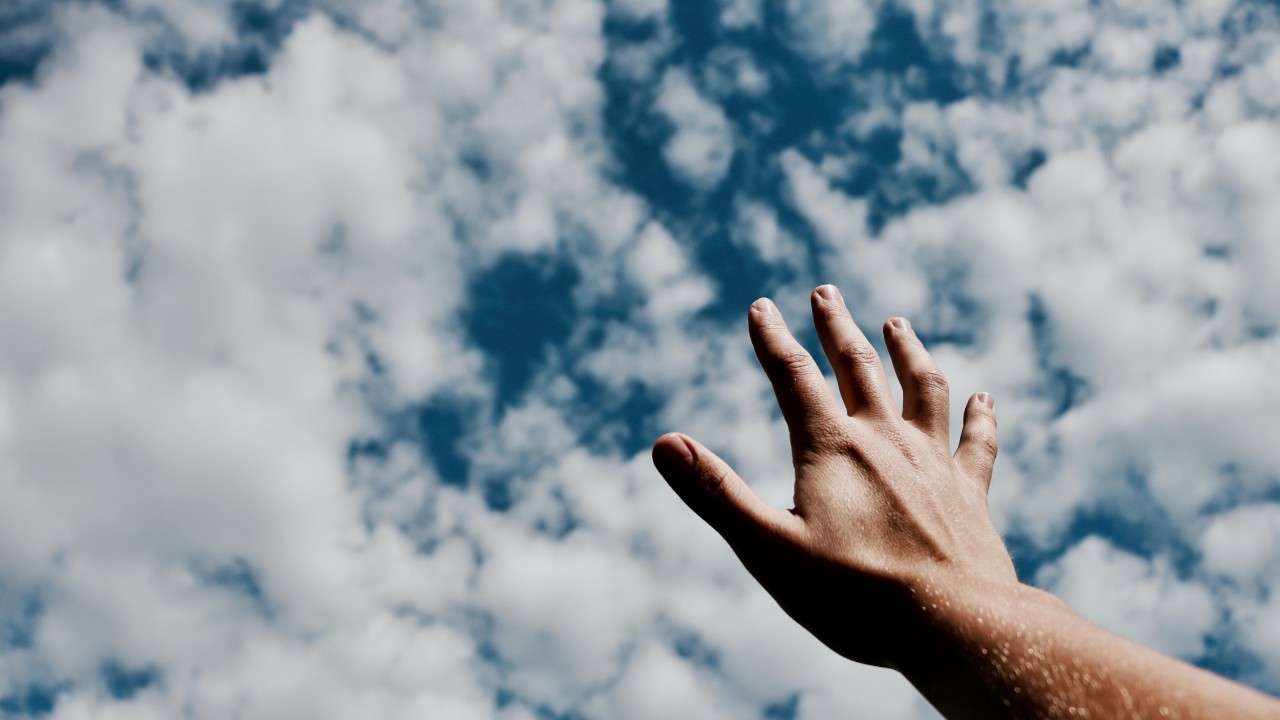 God’s promised presence meant that He would be with Solomon throughout his heavy burdens of leadership and responsibility as king.

King Solomon rose to the occasion. Israel, under Solomon, built God’s very first temple building (1 Kings 8:11) and experienced a period of prosperity that is unmatched in its history (1 Kings 11:27).

God’s presence with us means His provision with us. 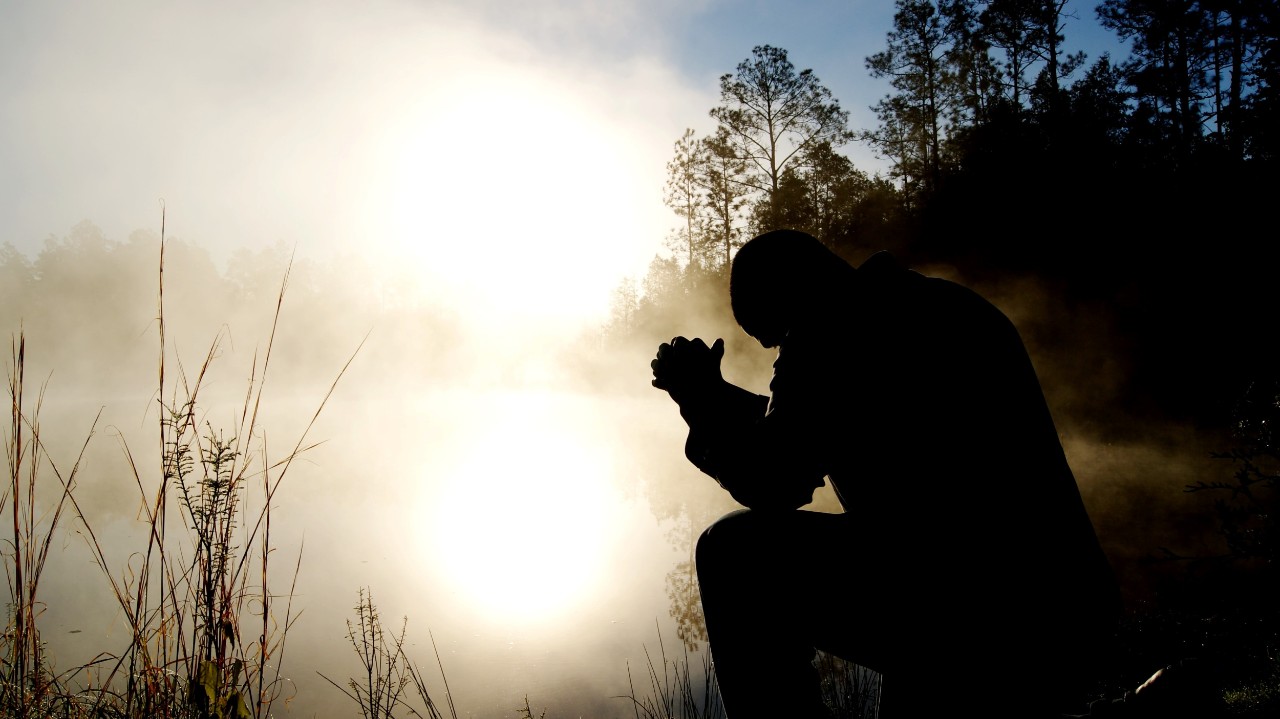 Many generations later, these same words were spoken to the people of Judah, as they faced the impeding threat of destruction from their Moabite and Ammonite enemies (2 Chronicles 20:1-2). As they were praying and fasting, fearing for their lives, a man named Jahaziel, led by the Spirit, gave him clear instructions as well as this assurance:

“Do not be afraid or discouraged, because of this vast army. For the battle is not yours, but God’s.” (2 Chronicles 20:15)

In Jahaziel’s prophecy to the people, the Lord instructs Judah to march out and meet their enemies. When they reached the Desert of Jeruel, they found that their enemies had destroyed one another; the Lord had fought for them! (2 Chronicles 20:25).

In a later chapter of Judah’s history, as they faced the threat of invasion by Sennacherib, king of Assyria (2 Chronicles 32:1), King Hezekiah comforts a frightened Judah with these powerful words:

“Be strong and courageous. Do not be afraid or discouraged because of the king of Assyria and the vast army with him, for there is a greater power with us than with him. With him is only the arm of flesh, but with us is the LORD our God to help us and to fight our battles.” (2 Chronicles 32:7-8)

The promised presence of the Lord literally delivered the people of Judah from their enemies—without them even lifting a sword!

God’s presence with us means His protection over us.

Trying to figure out how to manage better?

Moorings is a timely reminder for us to refocus on the “anchor for our souls”. A compilation of devotions by Cru Singapore’s National Director, Lam Kok Hiang, take time to reflect and draw strength from God. 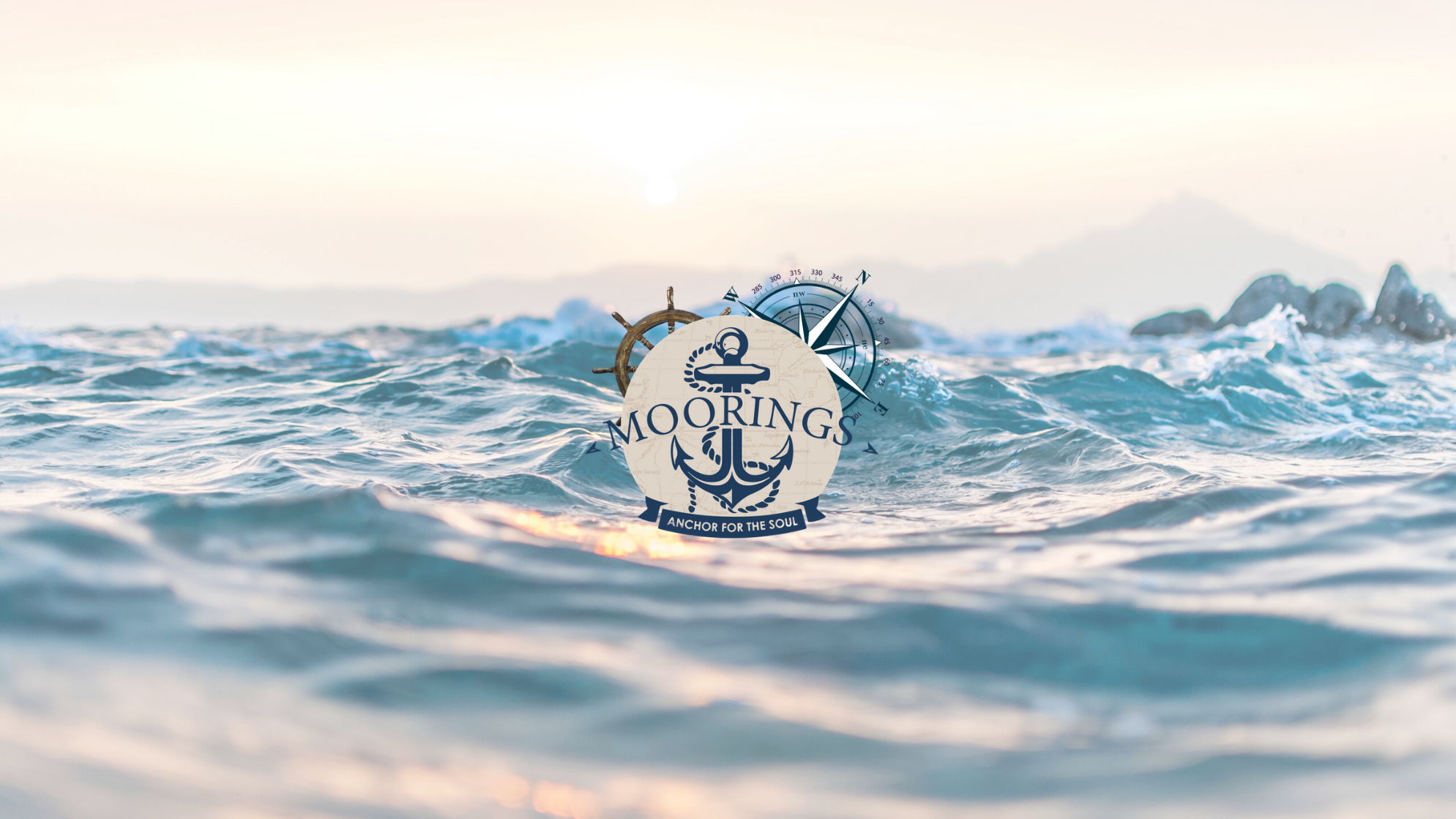 What do all these mean for us today?

1.       Do you find yourself struggling with sin and weakness? Look to Christ’s power!

Just like Joshua, we are called to be the strong and courageous soldiers in His army, who drive out the ‘inhabitants’ of our sinful nature, taking captive every thought and notion that does not conform to Christ (2 Corinthians 10:5).

On the cross, Christ decisively won the victory for us over sin. In our identification with His death, we have the power to put to death our earthly natures (Colossians 3:1-5).

We can boldly wage war on our weakness!

2.       Do you find yourself overwhelmed? Look to Christ’s provision!

Just like Solomon, we who are members of the body of Christ are called to build each other up in love (Ephesians 4:12). The Spirit of Christ, the glory of the Lord, dwells within us, and we are called to constantly cultivate His fruit by walking in step with Him (Galatians 5:25).

In all our efforts to build each other up, whether through kind words, good deeds, or sharing the gospel, we trust in Christ to provide all that we need (Philippians 4:13). 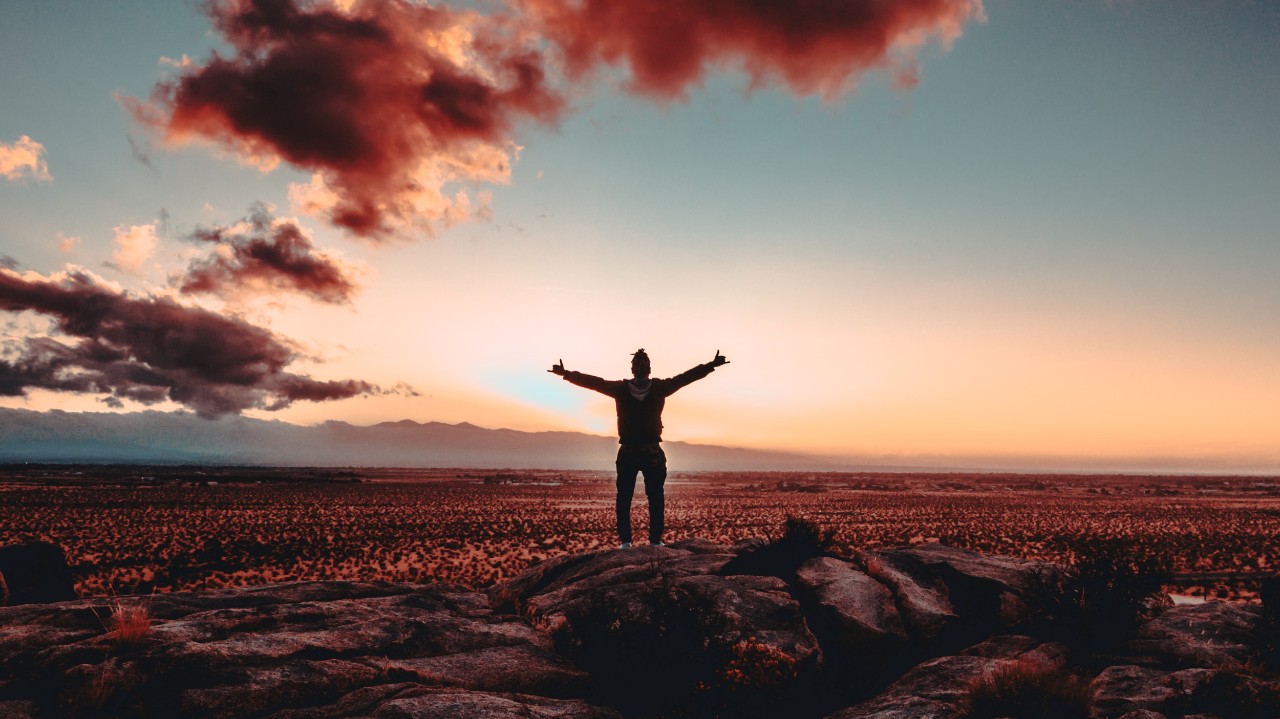 3.       Do you find yourself afraid and under attack? Look to Christ’s protection!

Just like the people of Judah, we live as God’s people in enemy territory. Our enemy, the devil, who prowls around like a roaring lion (1 Peter 5:8), provoke us either to keep silent or to speak rashly. He conspires with our flesh and the world to take us out of the fight.

We are called to resist him, and to trust that he will flee from us, because of the protection we have in Christ, for nothing can separate us from His love (Romans 8:38-39).

Therefore, we can look to Christ Jesus, the author and perfecter of our faith: “When they hurled their insults at Him, He did not retaliate; when He suffered, He made no threats. Instead, He entrusted Himself to Him who judges justly” (1 Peter 2:23).

Take heart; the word that was given to conquerors, kings, and God’s chosen people has been given to you! It is a word with heritage and weight, and now it is yours in Christ. 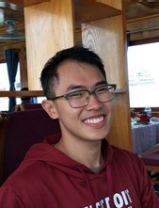 Timothy is a young adult (and occasional poet) passionate about inspiring in people a deeper interest in God’s Word, and discovering the divine in the ordinary. He is a graduate of Tung Ling Bible School (School of Ministry) and an undergraduate of NUS. He also enjoys musicals, crosswords and a good game of chess.

Live Powerfully and Purposefully Each Day

What Will the Church be Known For?

Latest Stories in Helping Others Grow

Giving through the Lens of the Cross

What does giving have to do with Lent?

Over a year ago, this team was formed with the sole purpose of running Cru’s first physical conference, UNVEIL: Breaking Free. In 2020, Cru’s Conference Team found itself becoming one of Cru’s most utilised teams.

How can small groups be authentic communities for both youths and adults struggling with mental health? Hear from Lead Counsellor of ThriveSg and registered counsellor with the Singapore Association for Counselling, Pamela Koh, as she shares her insights on this issue.