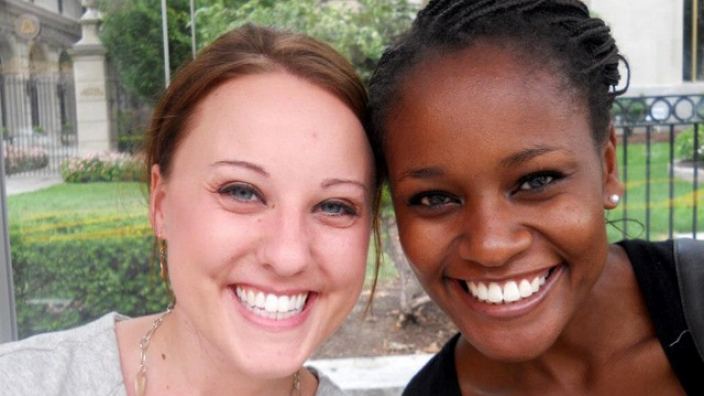 Susan learned what was missing in her faith.

I grew up in a Christian family. My parents were very involved with our church. They led the youth group and would take them to a summer camp every year.

So from a very young age I had a lot of exposure to that, and I feel like my parents did a very good job of letting me understand that a relationship with God was something I had to choose myself. It wasn’t something I inherited based on their involvement in the church and their faith.

I really did have a deep interest in getting to know God. I would do my little devotions after school and I set a goal to read through the entire Bible. I think my parents stuff with the youth group combined with going to the Christian camp allowed me to learn and experience a lot of God’s presence.

I don't know the exact moment when I accepted Christ, but I do remember one time my devotional talked about “being saved” and I said, “Ok, I better make sure I’m on board with that.”

When I got into junior high, I began to become a bitter person. I had a hard time fitting in, like a lot of junior high kids. I got made fun of a lot. I was really hurt by many things that had happened and thankfully that ended up being a period when I could cling to God. He was constant. But I think the aftermath of that was that I was a very bitter person who thought she was better than everyone else.

By the time I was a senior in high school, I was really tired of always doing the right thing and being the “good kid,” while not feeling like I was getting any recognition for it. I had a really bad attitude about the small town I grew up in and the people around me. I was just kind of a snob, honestly. I was ready to get away and be around people who were more like me.

In all that, I wasn’t angry at God, but I was tired of pursuing Him. It felt like I wasn't getting a lot in return for standing by Him.

So I went into college at Ohio State. Immediately, I felt a lot of relief, peace and enjoyment. I was having so much fun meeting lots of friends. I got involved with Cru there. Something that was really humbling and good for me was, for the first time in my life, I was around peers who actually challenged me in my faith. I had always been the superstar in my youth group. In college I was in an environment with people who were more mature than I and who had some really interesting things to say: things that I had never thought of before. That was incredibly humbling, and necessary to experience to understand I had a long way to go still.

After freshman year, I decided to go on summer project with Cru to Ocean City, NJ. It was mostly because I didn't want to go home that summer. By the time it rolled around, I really wasn't looking forward to it. I was in a dry and not-great place with God. Once I got there, God used that time to reveal a lot of realities about my life and my faith.

The main turning point was when I talked to a staff member about the struggles I had been having, having been a Christian for a long time and seeing areas of my life where I felt God was not present and she stopped me and said, “You know, Susan, I think there are a lot of things you know about God but maybe you don't necessarily believe.”

That completely changed my perspective: what it means to follow God and to know Him and to really believe His purpose for my life, and really believe that He loves me. I think those are the kind of things I had known and I had been riding all my knowledge on for so long, but I hadn’t really taken the time on it to sit down and understanding that knowledge is only going to get you so far.

That was a major, major turning point for me in my faith.

After that, I was seeing evangelism as a lifestyle and seeing the need to be a part of it. At the end of college, He provided a job for me in D.C. on Capitol Hill.

God allowed me to see that whatever we do in life is a ministry. I am very confident this is where He wants me. I am really excited to see what He wants me to do in this area, as I get to know this culture and the needs here and understanding the trends that are happening here in the country and the world. No matter what happens, I am going to be part of His greater purpose for people knowing Him.

As I was running, God was following