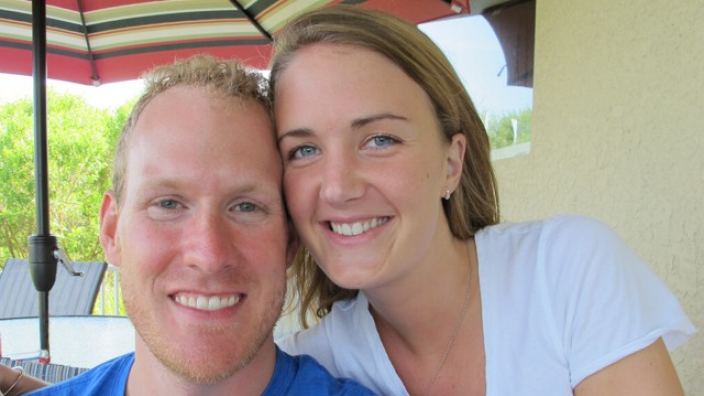 As I was running, God was following

I grew up in a Christian home. My mom and dad were strong in their faith. I went to church. I went to Bible study and youth group I sat through Sunday school every week.

I did all the typical good Christian things that a little kid does and I made the decision to accept Christ as a child.

But the whole time I was still controlling my life.

I went off to college and tucked God away thinking, “If I need you, I’ll pull you out. You’re still a part of my life, but this is my time. I want to do what I want to do.”

I was at school for a week when I learned my father was diagnosed with pancreatic cancer. He died the following summer, a week before I turned 19. At that point, I basically took the box I had put God in and chucked it out the window.

That was the end of God being in my life. I set out to be popular and be with the right crowd. I had fun and soaked up all the college experience I could to cover over the pain I was feeling.

For the next year alcohol ruled my life. I knew my behavior was self-destructive, but I was still not ready to let God back into my life. I tried to be saved through my own strength. I alone was going to change things and get back on the right track.

One night, I was admitted into the hospital for alcohol poisoning.

I don’t remember anything. I woke with tubes sticking in my arms in an unfamiliar surrounding.

That was the breaking point where I realized there had to be a change bigger than me.

In the midst of being terrified, I knew I was not alone in the room. All the things I learned about God as a child, the truth of the gospel, finally clicked and made sense.

I was never going to be able to do it in my own strength. I had been running away from God all this time and He had been chasing after me.

That was the point where I made the decision that I needed Him to be the One.

In our human nature, it’s hard to want to come to God in that broken state, but that’s where He wants us. He doesn’t want it to be about us cleaning up our act before we go to Him. He wants to put the pieces back together.

Jessica serves as the Executive Assistant to the Director of Operations for the U.S. Campus Ministry. She and her husband, Michael, live in Melbourne, FL