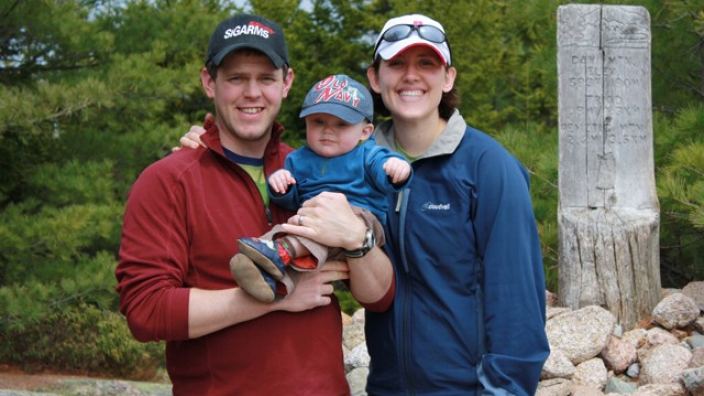 I grew up going to church because of my parents. I really didn’t think about it too much the rest of the week. So when I came to college, getting up early Sunday to go to church really wasn’t high on my list of things to do. I pretty much stopped going to church my freshman year.

I had decided that I would do what everyone else is doing when I got to college so I wasn’t lonely. All through my freshman year there – I just blended in. My major was small and had a lot of people that were pretty committed to school like I was. I fell into what was typical – drinking and going to parties on Friday or Saturday night and studying the rest of the week. At the same time, it was pretty lonely even though I was hanging out with a lot of people.

Coming into my sophomore year Lifelines, the outdoors ministry of Cru, invited the whole sophomore chemical engineering class out on a whitewater-rafting trip. It was a free whitewater-rafting trip and my friends were going. The Lifelines leaders had mentioned they would talk about God and spirituality at the end, which was fine with me. It wasn’t something that I was nervous to talk about or anything.

We talked about truth and trust during the course of the day. There were a couple of students on the trip who were part of Lifelines. I realized that there was something different about those students that interacted with one another. On the way home, I ended up sitting beside one of them. She told me all about Lifelines and asked a lot of general questions about me: what I was studying and where I was from. So we got to know each other on the ride home. The relationships attracted me to Lifelines.

They invited us to one of their meetings when we got back. I thought, oh, I don’t want any one to see me going to this meeting. But I wanted to go. After a few weeks, the girl that I had talked with on the way home had inviting me to a meeting and finally I gave in. The next week I had breakfast with one of the staff members of Lifelines that had come on the trip. She told [me] again about God’s love and the forgiveness He offers.

It made a lot more sense and I accepted Christ shortly after that.

Stephanie lives in New Hampshire with her husband, Ryan, and her 2 year-old son, Jack. Besides her love for the outdoors and outdoor recreational activities, she and her husband enjoy making furniture. They work for the Lifelines Northeast regional team.

What's your story? Did you become a Christian through Cru or any ministry of Campus Crusade for Christ? If so, tell us more at stories@cru.org.