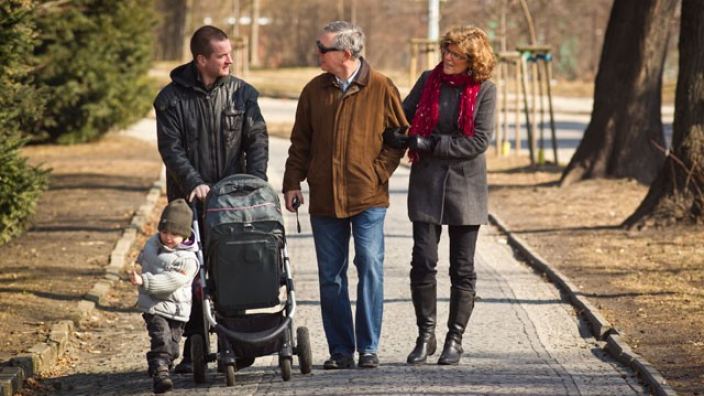 Paul, center, talks with his wife, Sue and a friend they met through a dinner outreach in Poland. photo by Guy Gerrard