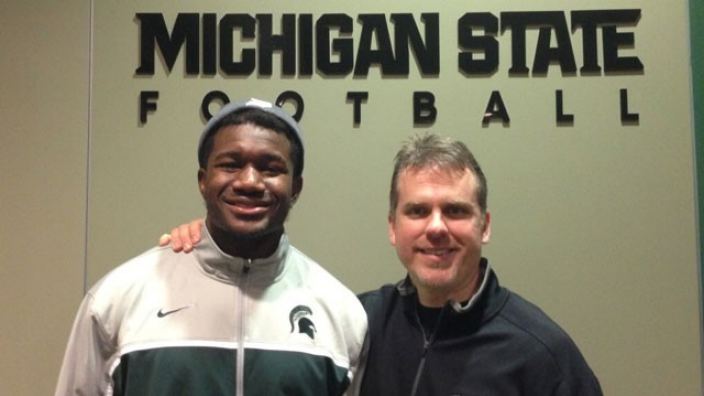 “On the inside I was spiritually dead.”

I grew up in Detroit. My mom and my grandma were really involved in making me go to church when I was younger. I went to church up to 3 times a week because they told me to.

Even though I did these things, I really never knew Christ. I never developed a relationship with Him. It seemed as though Christianity was really a matter of attendance and of dress. It was really suffocating.

By the time I went away to college, I was able to make my own decisions. I separated myself from the church and lived out the lifestyle of a Division I athlete. In 2010, I got to play against a really amazing football team [Alabama]. But on the 3rd play of the bowl game, I tore my tricep tendon and messed up the UCL ligament in my elbow.

Once the Lord took away everything I wanted, I realized it never really satisfied me in the first place. I had to sit on the sideline. My “god” was taken away from me. The god I was worshipping was football. My identity was so wrapped up in sports and the lifestyle that came along with it.

Phil Gillespie, who serves with Athletes in Action, kept asking me about the Ultimate Training Camp in Colorado. I thought I didn’t really need it. But when he asked me again, I decided to go. What I saw there was completely different from what I saw in the church growing up.

Because of the injury, I was really sad. I saw people who loved each other, who are nice, and grateful. I knew it had to be because of Jesus Christ. I wanted to give my life to Him too because I wanted what they had. I stayed up counting the cost because I knew I would have to surrender my life. I knew I would have to surrender my will to the will of Christ. I was just debating going back and forth on what I should do. By God’s grace, I made the decision to follow Christ.

Even though on the outside, it looked like I enjoyed all the stuff the world had to offer, deep down on the inside I was spiritually dead.

The more my life is Christ-centered the more I experience life. This is exactly what Jesus said: “I am the resurrection and the life.”

Chris loves to talk to people about Jesus. His hobbies include his schoolwork as he finishes up his major in Psychology. Also he loves studying Scripture and really seeing what it has to say because it has transformed the way he thinks and feels. He is learning how to play guitar. Chris’ favorite verse is Philippians 3:8.