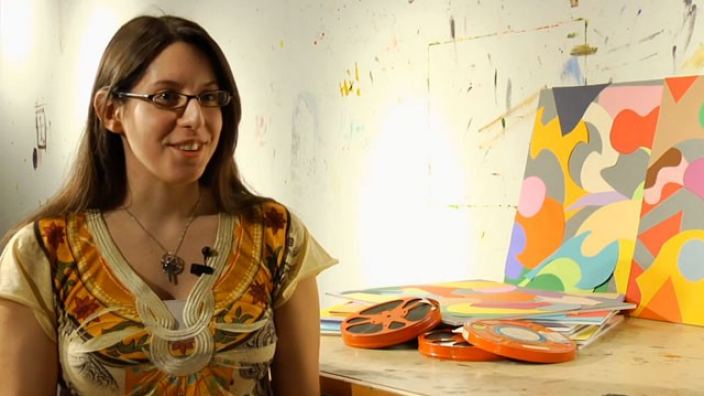 My name is Angelica Diaz and I’m a senior at Dominican University in River Forest, Ill. My major is Communications with a focus on Film. I'm just a huge movie buff, I’ve probably been one since I was a kid.

Cinderella is my favorite fairy tale and it is probably my favorite Disney cartoon. And I feel very cheesy saying that, but I think I always felt that I could connect with her because I was quiet, I was shy, if people told me things I did it; I didn't argue, I didn’t fight. I guess one day I thought I would have that “happily ever after.”

By the time I went to high school, I really just kind of shut down. Throughout high school I was very dark. I was very depressed all the time. I know I used to wake up in the morning and think to myself “I don't know what's the point anymore.”

When I was in college my freshman year I was walking through the hallway and I saw a poster for Cru, and it was advertising for their Short Film Festival. I love movies, so I thought “I'm definitely going to go to this.” The film they showed was La Busqueda. That movie had me crying by the end of the showing. The character in the movie, she's not in a good place in her life. She's very depressed, she's very melancholy, and she has a void that she keeps trying to fill, and that really resonated with me because I felt that's where I was in high school. I was just so empty inside.

Her father keeps trying to reach out to her and so he has a string of yarn that he's slowly feeding to her, and he is kind of pulling her toward him. And I remember the moment I was sitting there watching the movie, it was like God feeding information to me, feeding something to me and bringing me closer to him.

I really connected with that movie. We went to the Knowing God Personally book and for the first time ever, all of it just kind of made sense to me. I felt like in Cinderella when the godmother comes to her, and she’s like “bippity, boppity, boo;” it was like my bippity boppity boo moment: everything just made sense.

I made that commitment. I said, “That's what I want,” because I realize that that void in my life was I had been searching for God's love and when I learned about God everything was just peaceful.

If it had been a different event, I probably would not have gone. If they did not choose to have a film festival on this campus, I may have never been involved with Cru. I don't know what would have happened with my spiritual journey. You attract different people and different audiences with that type of event. Again, it’s a different ways to speak to people. It’s a different way to connect. I think that sometimes the best way we connect is without words: they see these movies and they think, “This is exactly what I've been going through” or “This is similar and I really want to talk to somebody about this,” and that's what really resonated with me when I watched those films is what they could say without saying anything.

To learn more about the different ways Cru reaches out to the world, through short films, sports, or business, go to www.cru.org/communities.