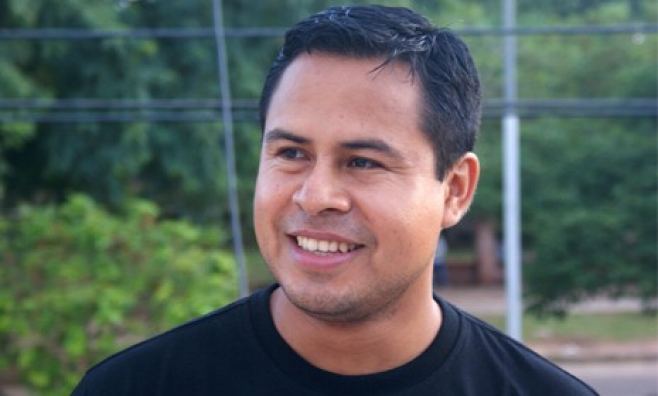 I Felt Guilty for Keeping a Secret

While held to secrecy from telling the truth about my friend's death, I found hope

My friend and I were riding in a military truck, and one of the drivers was drunk. When my friend fell out of the truck and hit his head, he died there on the road.

It affected me tremendously. I would dream at night that he was with me.

I was in a difficult situation with the military because my immediate leaders told me I shouldn't tell the truth about what had happened and to say that it was an accident.

I struggled with that even after leaving the military. I felt guilty for keeping the secret, even though I had been threatened. I felt like my friend deserved justice, and I was preventing it from happening.

In 2006, I met Ron Burgin, a Cru staff member. When I told him about the problems during my military service and living with that on my conscience, he gave me hope.

He told me God loved me and had a plan for my life, and He could free me from what had happened.

How I Found a Future and a Hope

Ron and I read the Four Spiritual Laws, and at the part with the prayer, he asked me if I wanted to receive Christ as my Lord and Savior, and I said, "Yep, I'd like to do that." I was ready.

I believe He is the Son of God and the light of the world. I believe He died on the cross to pay the penalty for our sins and to give us new life.

I thanked Jesus for dying for my sins and giving me eternal life. I asked Him to take charge of my life. It's the best thing that has ever happened to me.

My Life is Transformed

Now I am a university student, involved in ministry with Cru. I've seen how God has transformed my life. I have discipleship groups at the university. It's helping me grow a lot as a person.

As someone who has gone through crisis, I have something to offer to others. I never imagined I'd be able to speak so easily to others, but I really like to share with others about Christ.

I can see that the only person that can change a life is Christ. That empty place in our hearts can only be filled by Christ, and so many people need to know Him.

The oldest of 5, Darling loves his family. He excels at soccer and tae kwon do, and he enjoys practicing English and learning to be a public speaker. Besides helping with the student ministry in Bolivia, Darling has been involved in many mission trips with Jesus Film Project®, even playing the role of Jesus in a team performance after a showing of "The Story of Jesus for Children."

Can I Be Native American and Christian?