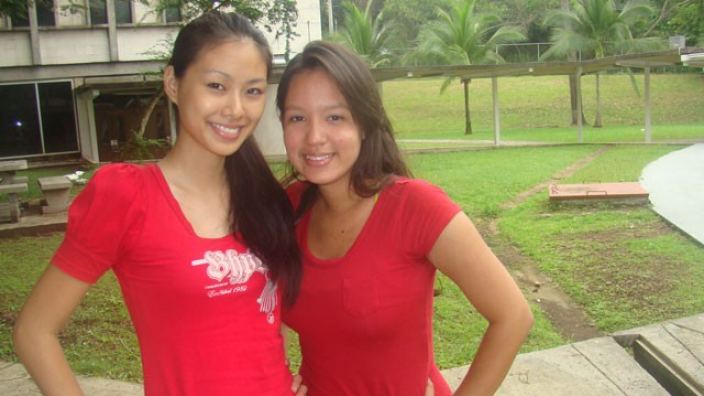 “I wanted to take my life away.”

I am 21 years old and was born in Panama City, Panama.

My parents are Chinese. They managed a restaurant here in Panama, and because of the enormous amount of work that running a restaurant represents and the little time it leaves to raise a child, they made the decision to hire a lady to take care of me.

Afterwards, for rather unclear reasons, they decided to leave me to her care entirely as my surrogate mother. My family name was never changed, because this “adoption process” was never a formal one. As far as I have memory, I have always lived with my Panamanian family.

As a child, I was not affected by being an adopted child, but as I got older, I began wondering, “Why did my parents not want me?” I felt very misunderstood, wary, and hopeless. I told myself, “If you cannot even trust your own parents, who are supposed to love you the most, then you should trust others much less.”

I got into the Panama National University nursing school, but soon afterwards I decided to change and join the psychology school. What I was looking for in that career were answers. I wanted to understand the human mind and why people did the things they did.

My first year was something disastrous. I did not manage to adapt, and my mother suffered chronic renal insufficiency, which became worse every day. Also, my father became bedridden, and I was responsible for taking care of my little niece.

I remember crying, because I could not manage the weight of being the one in charge of the house. I was feeling very depressed, and could not find peace anywhere I went. Everything seemed dark to me.

On September 29, 2012, I locked myself in my room. I remember that I had cried nonstop for four hours. I wanted to take my life away.

The next day, I went to the university with big dark sunglasses to cover my swollen face. People would start asking if something had happened, but I felt very insecure about telling anybody about what I was going through. I went to the cafeteria to grab a chocolate, because I thought that could help me a little bit, to fill that empty space in my chest.

I sat on a bench and kept looking everywhere as if I were waiting for something or someone. Suddenly, two young women approached and asked me if they could have a little talk with me. Without thinking, I said “yes.”

It was Daniela Suarez and her disciple Zoar Morales. They showed me some pictures and asked what they meant to me. In that moment, I broke down crying and asked, “If God exists, where are there bad things in the world?”

They shared John 3:16 with me and then showed me the four spiritual laws. I tearfully accepted Jesus Christ as my Lord and Savior.

A few days later they introduced me to Solangel Jaramillo, student leader of Student Life in Panama. In the last 5 months, he and many others have shown me life from another perspective.

Certainly having Christ in your heart does not mean that you have fewer problems but that you need God more. I have a purpose in life. God never abandoned me, even though sometimes I felt that He did. I realized that all that had happened was necessary to kneel at the feet of the Lord, to accept that we are sinners and weak, that there are things in our own strength we cannot fight.

There is hope. The Lord heard my cry. I’m not alone, and He loves me because He sent His only Son to pay for my sins. He dried my tears, and He continues picking me up when I fall.

Zack: Before the Injury