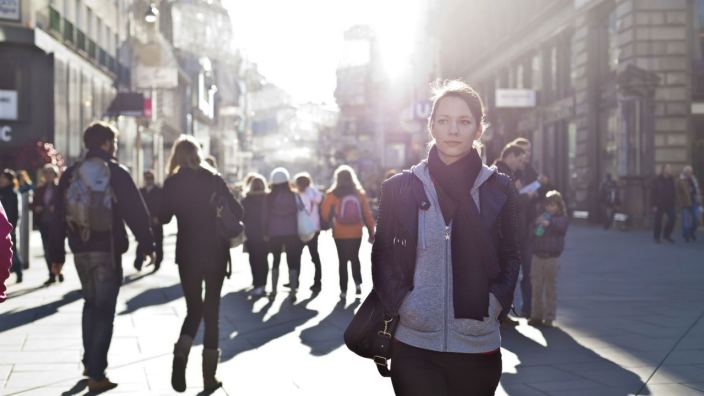 We know God exists because he pursues us. He is constantly initiating and seeking for us to come to him.

I was an atheist at one time. And like many atheists, the issue of people believing in God bothered me greatly. What is it about atheists that we would spend so much time, attention, and energy refuting something that we don’t believe even exists?!

What causes us to do that? When I was an atheist, I attributed my intentions as caring for those poor, delusional people…to help them realize their hope was completely ill-founded. To be honest, I also had another motive. As I challenged those who believed in God, I was deeply curious to see if they could convince me otherwise. Part of my quest was to become free from the question of God. If I could conclusively prove to believers that they were wrong, then the issue is off the table, and I would be free to go about my life.

I didn’t realize that the reason the topic of God weighed so heavily on my mind, was because God was pressing the issue. I have come to find out that God wants to be known. He created us with the intention that we would know him. He has surrounded us with evidence of himself and he keeps the question of his existence squarely before us. It was as if I couldn’t escape thinking about the possibility of God. In fact, the day I chose to acknowledge God’s existence, my prayer began with, “Ok, you win…” It might be that the underlying reason atheists are bothered by people believing in God is because God is actively pursuing them.

I am not the only one who has experienced this. Malcolm Muggeridge, socialist and philosophical author, wrote, “I had a notion that somehow, besides questing, I was being pursued.” C.S. Lewis said he remembered, “…night after night, feeling whenever my mind lifted even for a second from my work, the steady, unrelenting approach of Him whom I so earnestly desired not to meet. I gave in, and admitted that God was God, and knelt and prayed: perhaps, that night, the most dejected and reluctant convert in all of England.”

Lewis went on to write a book titled, “Surprised by Joy” as a result of knowing God. I too had no expectations other than rightfully admitting God’s existence. Yet over the following several months, I became amazed by his love for me.