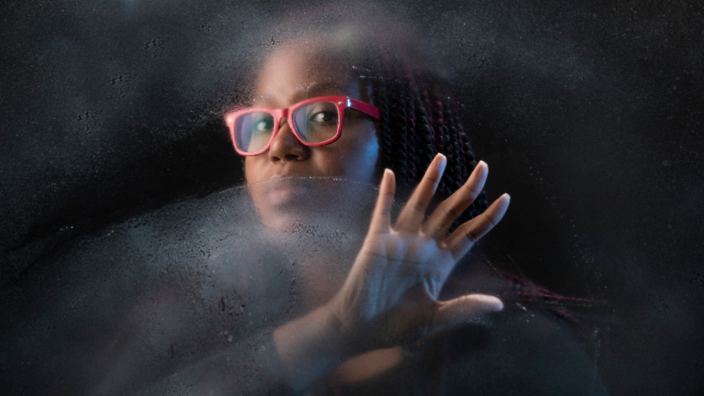 Over the course of our lives, each person’s identity is being formed and shaped through individual experiences, relationships, culture, media and the world around us. We are constantly seeking to define who we are in any way that we can.

David Benner, a psychologist and author of the book The Gift of Being Yourself, defines identity as “who we experience ourselves to be – the I each of us carries within.” Often, we feel the pressure to define ourselves through our jobs, financial status, successes, grades, appearance, what other people say about us and many other means.

But what happens to our identity when we experience failure? Or lose someone’s favor? Or become burnt out in our jobs or place of service? The very foundation of our identity is shaken and altered, resulting in us hustling to define ourselves by something or someone else. A stable sense of self cannot fully exist when we place our identity in external things. When circumstances change, our identity constantly changes too.

We may receive an overwhelming amount of messages telling us to define ourselves by external measures, but what would it look like to base our identity on the way God sees us? Benner states that “an identity grounded in God would mean that when we think of who we are, the first thing that would come to mind is our status as someone who is deeply loved by God.”

How would viewing yourself in this manner change the way you live? What are some obstacles in doing this?

How God Sees Us

First, we must know how God sees us. One of the richest passages about identity in the Bible is found in Ephesians 1:3-14. In this passage, Paul addresses the church in Ephesus, explaining the new identity given to a person when they are in Christ.

According to Ephesians 1, we have been blessed with every spiritual blessing; we have been chosen, adopted, redeemed, forgiven, grace-lavished, and unconditionally loved and accepted. We are pure, blameless and forgiven. We have received the hope of spending eternity with God. When we are in Christ, these aspects of our identity can never be altered by what we do.

Often times, however, a gap exists between intellectually knowing these truths about who God says we are and living them out. This can be affected by how we see ourselves, life experiences, and the ways we allow the world to define us.

In order to live out of the fullness of our new identity in Christ, we must determine what is hindering us from doing so, which varies from person to person. Many times, a false belief has wedged itself between how God defines us and seeing ourselves in the same light.

For example, the opposite of “pure and blameless” would be “impure, stained or guilty.” Perhaps a life experience has caused you to feel impure, so you believe God sees you this way. You then create and live out of an identity based on your actions, which is contrary to how God sees you.

In order to fight against these false beliefs, we must discover the exact belief we are allowing to form our identity. When reflecting on the passage in Ephesians 1, some false beliefs we may live out of are:

Living out of one of those identities opposed to our new identity in Christ then affects our behaviors. If we still think we are under the law, we may think we must “do” more for God in order to be right with Him. We may bury ourselves in ministry or service or other good works to feel as though we’re in good standing with God instead of resting in Christ’s work on the cross.

What to do with False Beliefs

Once you recognize the false belief, surrender it over to God in repentance, which means in Greek “to change one’s mind,” according to Blue Letter Bible. Then replace the lie with truth found in Scripture.

Sometimes the lie is connected to a very real, painful experience. Take some time to grieve over the experience and invite God into the place of brokenness. After you have surrendered the lie over to God, pray that He will help you believe the truth about who He says you are, and make you aware of the times you are not believing it. Then, make the choice to believe it!

We may not always “feel” forgiven or blameless, but the truth is, God sees us that way. This is where faith comes in. Second Corinthians 10:3-5 states, “For though we walk in the flesh, we are not waging war according to the flesh. For the weapons of our warfare are not of the flesh but have divine power to destroy strongholds. We destroy arguments and every lofty opinion raised against the knowledge of God, and take every thought captive to obey Christ.”

God has given us everything that we need to demolish strongholds or false beliefs, and he empowers us to do so.

Viewing Yourself as God Sees You Matters

If we lived out of an identity based on how God sees us, we would no longer feel the need to find our worth in our external circumstances.

It would free us up to live in a confident and stable manner, instead of changing who we are based on others, the jobs we receive or don’t receive, how we see ourselves, and all the other ways we try to define our significance. It would give us the opportunity to experience God’s unconditional love for us in new and fresh ways. And it would allow us to confidently and boldly share His love with others.

It’s certainly a battle as we live in a world that seeks to define us by its own standards. But it’s a battle that, when we engage in it, could impact everything about us!

How would believing the truth about your new identity in Christ change the way you live?

For more on our identity in Christ, read What to Put On and Off in the New Year.

About the author: Melissa Crutchfield is an associate staff member with Cru in Denver, Colorado. She is pursuing a master’s in counseling and working with the local campus ministry team. Melissa served with Cru at her alma mater, Texas Christian University in Fort Worth, Texas, and then for two and a half years in Bologna, Italy. She enjoys the outdoors, playing guitar, photography and connecting with people. Melissa writes on her blog, For His Renown, where this was originally published.

How to Love by Faith as a Biracial Person

I’m always so amazed at how much God can teach us through the most ordinary things in our lives. For me lately, it’s been my cat, Boots.