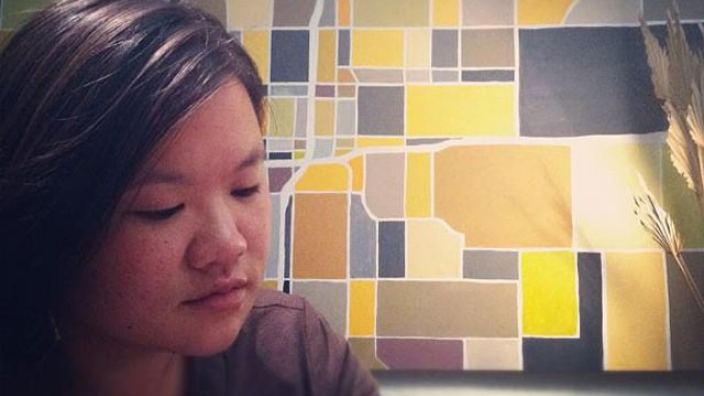 One afternoon in sixth grade, a boy stood in the aisle of our yellow school bus as I walked up the dirty rubber steps. He put his arms across the rows, blocking me from walking past.

“No chinks on the bus,” he said. I swung around, exited onto the sidewalk and walked 15 minutes to the public bus station. For the rest of the school year, I intentionally missed the school bus and used public transportation. I have never forgotten that 20-second scene, that boy’s swinging legs or the other students’ laughter.

“Chink” is a derogatory term used against Asians, targeting the shape of their eyes. My eyes. Over the years, I’ve heard different, appropriate phrases for the appearance of my eyes, like “almond-shaped.” None have been able to fully pacify the flurry of emotions I felt that day the boy stopped me from taking our bus home. This is what I heard: Because of my race, my identity, I wasn’t worth a bus ride.

We claim our identity from different places. When asked, we would identify ourselves by name, race, country of origin, job and abilities. Some would include religion. We strive to mark ourselves as unique, so we often want to be identified by what we wear, drive and do.

Let’s try something. Write down 8 identifiers about yourself. Write down things positive, negative and neutral. These can be what you do, a personality trait, your appearance, etc.

I’ll do it too. Here’s what I came up with: creative, Asian American, completely disorganized, dog owner, math illiterate, daughter, journalist, short.

As I sit staring at this list, I think God recognizes these things. In fact, I’m sure of it. After all, He designed all 5 feet, 1 3/4 inches of me. But, thankfully, God does not identify us in these ways. The Polis Institute’s study, “Dignity Serves,” helps me remember that the Heavenly Father uses Jesus as the standard. Let me explain.

In the original Creation, God made us in His image, in His likeness, as described in Genesis 1:26. When we accept that Jesus Christ took our sin, died for it, and then rose again victorious, the Bible explains that we become the righteousness of God (2 Corinthians 5:21). When we are Christians, God sees us through Christ – He bridges the gap between us, but He also shapes our identity.

Imagine a bracket. At the lower end of the bracket are all the bad things ever used to identify you, either by you or someone else. Overweight, poor, lost, ugly. Maybe a loser. In my case, a chink.

In Philippians 2:6-8, Paul explains very clearly that Jesus, “who being in very nature God, did not consider equality with God something to be used to His own advantage; rather He made Himself nothing by taking the very nature of a servant, being made in human likeness. And being found in appearance as a man, He humbled Himself by becoming obedient to death – even death on a cross!” (New International Version).

Jesus made Himself nothing. So essentially, He, being God, took the very bottom end of that bracket, taking on all of our sin and shame and, in obedience to God’s desire to love the sinners and hate the sin, He took all our punishment. His identity became nothing. The lowest of the low. There are theologians who believe that because of the sins of the world, Jesus literally was present in hell during the three days before He rose again. That low.

At the top of our imaginary bracket, list the good identifiers. A+ student, married, successful, parent, prayer warrior. In the next part of Philippians, verses 9-11 we read, “Therefore God exalted Him to the highest place and gave Him the name that is above every name, that at the name of Jesus every knee should bow, in heaven and on earth and under the earth, and acknowledge that Jesus Christ is Lord, to the glory of the Father” (NIV). Jesus, by right, deserves everything in the universe to bow to Him. He’s that high. His identity is that He is the strongest, most powerful, most acknowledged being in existence.

Our identities, as believers, fit within that bracket of Jesus Christ.

We cannot be lower than Jesus. God made it clear there is nothing so low within us that is outside of His saving power. Nothing, says Romans 8:38-39, “will be able to separate us from the love of God, which is in Christ Jesus our Lord” (NIV).

We cannot be higher than Him, either. We are not better; we cannot play God, we are not as capable, we do not deserve the worship He does.

Jesus Christ’s life, death and life again is God’s grace manifested. He bestows on us an identity impossible to acquire on our own. Rather, He gives it – and that’s much more a reflection of Him than of who we are.

As a sinner, one of the things I’m most capable of is placing people below me. I’m an A+ student and you aren’t. That means you’re stupid. I’m a prayer warrior, so I hear clearly from the Lord and spend much time in prayer. You probably don’t.

Here’s where Christ, fortunately, catches me again: All of us are within His bracket. His death causes everyone else to have that same identity as I do: no lower than Christ, outside of God’s saving grace. Christ died for that. And no higher than Christ, that I should ever consider to know better than Him; that my ideas are better than God’s.

Last year, the word “chink” surfaced in my life again, in conjunction with an ESPN story titled “Chink In The Armor” about NBA star Jeremy Lin. For the first time, I told multiple people how the same slur was used on me. One friend responded to my story confidently: “You are worth a seat on a bus,” he wrote to me, “and FAR, FAR more.”

With Christ, we are awarded a humanly unattainable identity. Our value and importance comes directly from God. He is the standard of goodness and truth, and He claims us as His own. Do you believe it?

In our lives, each of us has an identity being formed and shaped through experiences, relationships, culture, media and the world around us. We seek to define who we are in any way that we can. How would believing the truth about your new identity in Christ change the way you live?

I’m always so amazed at how much God can teach us through the most ordinary things in our lives. For me lately, it’s been my cat, Boots.