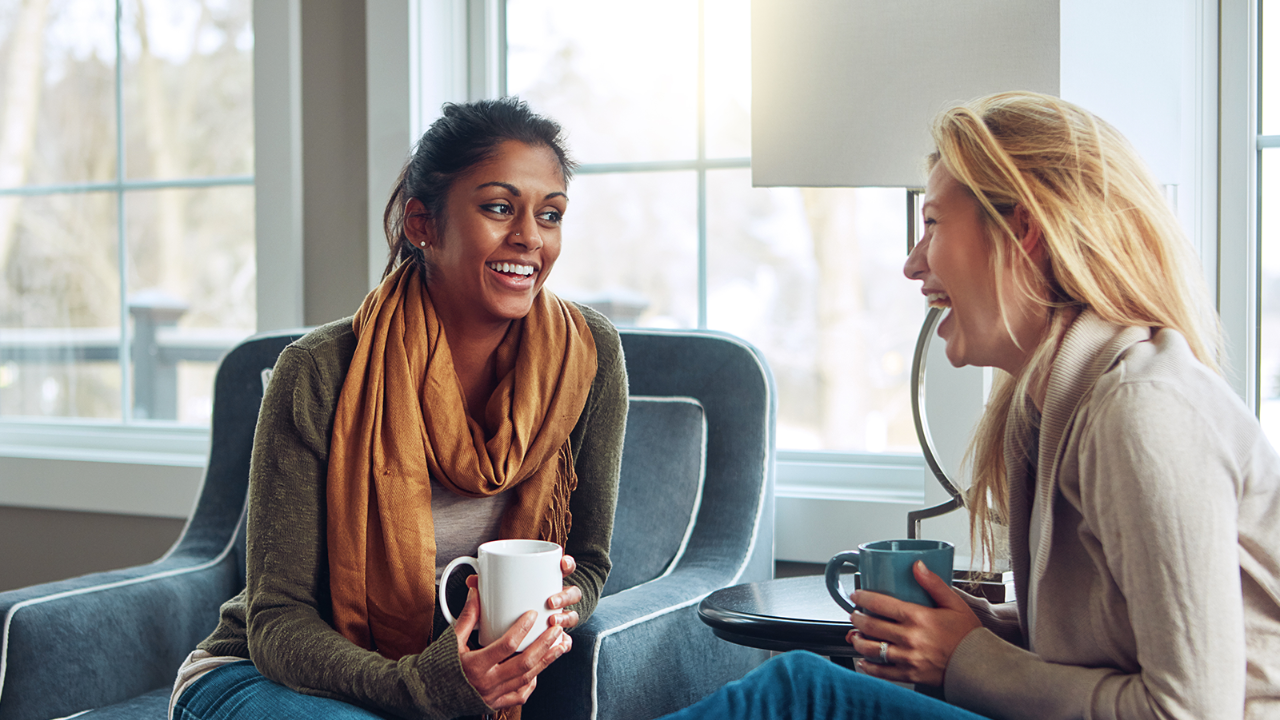 Marilyn Jarrett’s nimble fingers deftly work a needle, bringing cloth to life in colorful threads as she carefully follows an intricate pattern. She sits comfortably working for hours at a time, but she gladly puts her project away when one of the women she mentors comes over.

Embroidery is a passion of Marilyn’s, but she has an even greater passion for seeing God’s faithful hand reproducing the image of His Son in the lives of others through discipleship.

Retired schoolteacher Marilyn, 82, and a growing number of men and women at Zionsville Presbyterian Church in the Indianapolis suburb, see one-to-one mentoring as a gift, not a task. And it’s easier and more rewarding than they ever would have guessed.

Marilyn has been mentoring Jill Tanner, a 48-year-old mother in her church, for about a year and a half.

Every 2 weeks Jill drives down a country road to spend an hour or more at Marilyn’s house. The two can speak freely in the intimacy of Marilyn’s brick home, only the trees eavesdropping from outside the window.

Before they get into this week’s lesson, Marilyn thanks God for their time together and asks for understanding of the things they study.

Beyond reading the materials together, their conversation inevitably moves toward events in Jill’s life.

In so many ways, the woman sitting across the table reminds Marilyn of herself, when she, too, was a young mother raising 4 children and juggling priorities.

With a spark in her eyes, Marilyn listens intently to Jill. Her guidance is both gentle and firm, blending the voices of friend and mother. When their time is up, both women get back to the busyness of life. But they feel refreshed, encouraged by each other to face the challenges of the day.

Relatively few Christians today enjoy the God-given gift of this kind of relationship, says Marilyn’s friend Donna Bahler. The basic element is often there — friendship and a mutual faith in Jesus. But the more complicated parts of discipleship — being intentional and following a transferrable pattern — are something Marilyn has learned from Donna, a Cru staff member.

Donna modeled discipleship for Marilyn and a few other women at ZPC. “For them, discipleship had come through so many channels over such a period of time,” says Donna, “that it was hard to put it together into a way that they could turn around and use with someone else.”

Since then, 125 women at ZPC have learned the discipleship process, with the strong support of Marilyn’s pastor, Glenn McDonald. Author of The Disciple-Making Church, Pastor Glenn sees the importance of corporate worship and one-to-one discipleship in the development of the believer.

While Sunday morning offers a group experience, he says it’s no replacement for discipleship, in which “God uses a human heart to help change a human heart.”

Before his congregation began thinking intentionally about discipleship, Pastor Glenn saw that they were succeeding, mostly superficially, through programs, special speakers and even small groups. Instead of “putting on a coat of paint” through group activities, he says that what Christians learn one-to-one is like a stain on wood, sinking down into their lives.

Marilyn gained new confidence as she learned with other women how to do one-to-one discipleship using a Bible study guide that could easily be used with someone else.

She also learned the importance of intentionality in discipleship, meaning both people (the mentor and the mentee) agree to meet regularly for a period of time to study the chosen materials. If they have to reschedule, they try again as soon as it’s convenient, and if they don’t get through a whole lesson one week, it’s OK.

Just as Marilyn follows a pattern for embroidery, she follows a biblical pattern of discipleship that becomes a model for Jill and other women to learn and do themselves.

Since 1998, she has been intentional in her time with 1 or 2 women at a time, and she knows they too will be able to mentor other women, as several of them have already begun doing.

Marilyn lives out 2 Timothy 2:2, entrusting the things she’s learned to reliable women who will teach others.

On a computer document that has been saved and updated many times, Donna keeps a record of the names of the women who have been involved in discipleship at Marilyn’s church, adding names behind the women they then mentor. The chart resembles a family tree, much like the ones embroidered on antique samplers, suggesting the family-like relationships that develop between the women.

Recently Donna pointed out to Marilyn that, through one-to-one discipleship, Marilyn has influenced 30 women in just 9 years. Because Marilyn encourages each woman she mentors to mentor someone else as well, the “spiritual family tree” grows surprisingly fast.

The “tree” grows because mentoring meets a need.

Melissa Bender, a wife and mother of 3 boys, has met with Marilyn over the past year. Melissa had been praying that God would give her a mentor. God led her to ask Marilyn, who immediately agreed.

Visiting with Marilyn, Melissa gets a different perspective as she relates to others, especially with her children, as Marilyn’s “been there, done that.” Melissa says, “It’s a blessing to have another woman to hold you accountable, someone to give you good, godly advice, and encourage you in the faith.”

As much as Melissa appreciates what Marilyn gives her through discipleship, Marilyn is quick to tell you that she learns just as much from these women as they do from her.

“To teach is to learn twice,” Marilyn says. She says that even studying a fundamental topic like forgiveness deepens Marilyn’s understanding of it, and she learns more each time through the women’s individual insights. Her well-worn study guide is filled with multi-colored ink, as she uses a different color every time she goes through the book with a woman to remind herself with whom she was studying at the time.

But not everyone feels adequate in taking on the role of mentor. Jan West, Marilyn’s long-time friend, has also been a discipleship partner through the years. Yet sometimes she feels inadequate to teach others. That, she says, allows her to depend on God even more.

“I’ve learned that God is in control,” she says. “I know He’s going to help us with the hard parts.”

One woman asked why a child had to die; others asked about confusing Scripture verses. Jan doesn’t always have an answer. However, she trusts the Holy Spirit to re­mind her of what she does know about God and the times when He’s proven Himself true. She has found that the Holy Spirit is really the best teacher.

Marilyn speaks from experience: “Anybody who wants to mentor can mentor. We all have something we can pass on to someone else.” And as Marilyn has found, being a mentor is as much of a blessing to her as it is to the women she mentors.

“I get as much out of it as they do,” she admits. It is a gift she refuses to pass up.

Pastor Glenn says, “I think one-to-one discipleship is within reach of every one of us. We always make time for what we think is valuable.”

To Marilyn, discipleship has eternal value, so like the pattern in Marilyn's embroidered sampler, the biblical pattern of discipleship passes from one woman to another. Together, they increasingly reveal the image of Christ.

Change in the coming year from a Christian perspective involves prayer, a process, implementation and hard work. Otherwise, a New Year’s resolution is really just an idle dream.