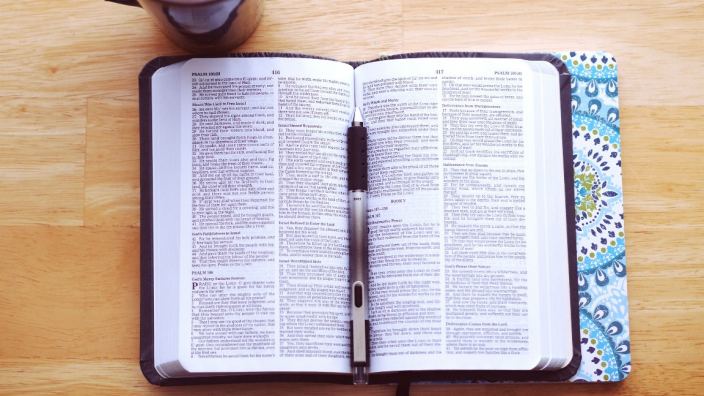 Who is the Holy Spirit?

There’s a story told of the famous tenors Luciano Pavarotti, Placido Domingo and Jose Carreras performing together in Los Angeles. A reporter tried to get the three gifted singers to admit to competitiveness in their midst. Domingo’s calm reply was, “You have to put all of your concentration into opening your heart to the music. You can’t be rivals when you’re making music together.”1

The three tenors recognized that in order to make music together that others would want to listen to, they had to put their egos aside and focus on the task at hand. If one tried to prove that his voice was better or tried to take over another’s part, the end result would not be a display of musical brilliance but rather of selfish immaturity.

Among Christians today, we can sometimes have difficulty working together in harmony. Many times it is our differing views on theology and doctrine that can divide us and cause discord. Certainly, the Bible teaches us that proper doctrine is important and that we should not take our beliefs lightly (1 Timothy 4:16). However, if we consider breaking fellowship with someone over a particular issue, we need to be certain that the issue deals with something that the Bible is not only clear on, but is of primary importance — such as the deity of Christ or salvation by grace through faith.

In this article I hope to bring some clarity as to who the Holy Spirit is and suggest an appropriate perspective on issues that frequently arise when discussing the Holy Spirit. It is my prayer that we would have a proper biblical perspective on the Holy Spirit, yet allow for differences in points of view when it comes to non-critical areas. For “God is spirit, and His worshipers must worship in the spirit and in truth” (John 4:24, New International Version).

WHO IS THE HOLY SPIRIT?

Though often mistakenly assumed to be like “The Force” from the classic “Star Wars” films, the Holy Spirit is not just some mysterious force or an “It.” The Holy Spirit is the third person of the Holy Trinity — God the Spirit. Second Corinthians 3:17-18 refers to the Spirit as “the Lord.” He is just as much God as the Father or the Son and is co-equal and co-eternal with the Father and Son. He possesses intellect (John 14:26), will (1 Corinthians 12:11) and emotions (Ephesians 4:30).

To all Christians, there is much that remains a mystery about the Holy Spirit. Because God is truly unique, our efforts to explain or fully comprehend Him will inevitably fall short. Some have even bought into wrong views of the Holy Spirit, and specifically the Trinity, as a result of bad pneumatology — the study of the Holy Spirit.

A widespread false view of the Trinity that has been around for centuries is known as “modalism” or “Sabellianism.” The Christian Apologetics and Research Ministry says the following about modalism:

Modalism is probably the most common theological error concerning the nature of God. It is a denial of the Trinity which states that God is a single person who, throughout biblical history, has revealed Himself in three consecutive modes, or forms. Thus, God is a single person who first manifested himself in the mode of the Father in Old Testament times. At the incarnation, the mode was the Son. After Jesus’ ascension, the mode is the Holy Spirit. These modes are consecutive and never simultaneous. In other words, the Father, the Son, and the Holy Spirit never all exist at the same time, only one after another. Modalism denies the distinctiveness of the three persons in the Trinity even though it retains the divinity of Christ.2

Dr. James White, director of Alpha and Omega Ministries, offers the following definition for the Trinity: “Within the one Being that is God, there exists eternally co-equal and co-eternal persons, namely, the Father, the Son, and the Holy Spirit.”3