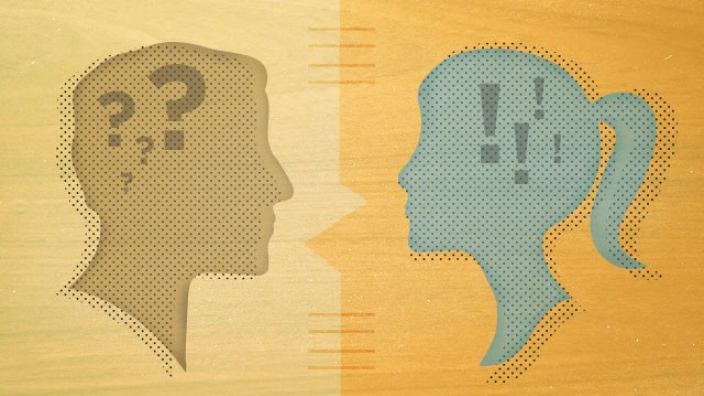 How to Talk to a Skeptic

In an ongoing Facebook conversation with a close friend, he wrote, “As you know, it’s not that I don’t want to believe [in Christ]. It’s just that I have trouble ignoring the science.”

My friend Richard would classify himself as a skeptic. Maybe you have some dearly loved friends, family or coworkers that claim the same title.

I’m no expert, but here are five things I’ve learned over the years as “the Christian” friend of a few skeptics:

1. Cherish questions. Often I want to disregard my friends who have seemingly endless rounds of questions and arguments against Christianity. Why take the time (and heartache, honestly) to answer questions if they’re just “smoke screens” to veil their disdain? But Marilyn Adamson, director of EveryStudent.com, is an example of a curious skeptic whose unending, difficult questions needed answers. Her life was changed through the love of a Christian friend who valued each of her questions, and sought the answers (sometimes after days of personal study). And, I don’t just want to offer “answers.” I want to invite friends into my daily process of knocking and seeking God for answers to big questions, too.

2. Seek to understand through conversation. A conversation is like playing catch. You throw the ball to your friend. He moves to catch the ball, resets his grip and footing, and throws it back to you. That’s how a good conversation is – especially when discussing powerful spiritual truths. You wouldn’t be playing catch if you just held onto the ball for minutes at a time instead of throwing it back. Similarly, a conversation wouldn’t be fun if you “discussed spirituality” without listening and asking questions. Understanding peoples’ hang-ups and worldview through conversation – instead dominating the conversation with our own belief system – will help you to know how to relate the gospel of Christ and the character of God to them personally.

3. Invite them to sign up for “The Spiritual Adventure Pack.” This is a series of 7 emails that are free to sign up for at EveryStudent.com. Marilyn Adamson, as cited above, wrote this series to answer the question that plagued her for years: “How does a rational person even begin to believe in God?” The emails invite people to encounter God and His word privately, and on their own time. The emails include these topics:

4. Offer to read a book together. “Reason for God”, “Mere Christianity”, or “More than a Carpenter” are reliable options. After a long conversation about heartbreak and spirituality with another friend of mine, named Sara, she mentioned, “I am fascinated by Jesus, but I can’t stand Christianity.” I bought her Tim Keller’s “Reason for God” and “Abba’s Child” by Brennan Manning. I knew the first book would address her intellectual hang-ups about Christianity. And I knew Brennan Manning’s tender, gritty and honest voice would appeal to her need for authenticity. As it turned out, the Holy Spirit drew Sara to Christ before she read either book, but we enjoyed discussing both books in her first year as a Christian.

5. Pray and be patient. Back to my friend Richard. I don’t want to treat him like a student who can’t understand an easy math problem, because that’s not the case. There is a spiritual battle, and Richard is a highly valued but deeply fallen person – just like me – who is on a spiritual journey – just like me. But I can point Richard to scientific explanations and other things that have stirred my heart to repentance and worship. And I can pray that the Holy Spirit will stir him to also continue seeking and knocking, and prayerfully, being found in Christ.

What have your conversations looked like? What did you find helpful in your own journey?

Misunderstood: The Apostolic Genius of Explaining Good Deeds by Sharing the Gospel

Latest Stories in Obstacles to Faith

3 Important Perspectives In Handling Objections To The Gospel

Before we discuss an important skill that can help us in answering questions people may have about the gospel, there are several important perspectives to keep in mind.

Answering Objections to the Gospel