Who’s The Last Person You Want to Forgive?

I made a promise to myself in middle school that I wouldn’t compromise my Christian beliefs by having sex before I was married.

I wanted to live according to the standards I had been taught from the Bible, not just give my body away to any guy.

But all of that changed in high school when I started dating someone who was “kind of” a Christian.

At first he respected my boundaries, and everything seemed fine. But gradually he started asking more of me sexually and after a few months, we started having sex.

Why not get together with a friend over coffee to discuss the Desire series?

I felt like I had given in to him, and it created a ton of guilt and shame in me. I had broken a promise I made to myself and to God. I felt like I needed to make things right with God, but I didn’t know how. So I kept sleeping with the guy I was dating.

I feared breaking up with him because I saw myself as damaged goods. No one else would want me. I convinced myself that I had to marry this guy to make things right with God.

What do you do when you feel unclean?

I grew up going to church, so I had heard all about God’s willingness to forgive us when we choose not to live by His standards. But the way I had cheapened myself with that guy made me feel like I needed to hide from God.

In article #5, Jessica describes how being honest with God and trusting others opens the door to experiencing what the Bible refers to as grace: the unconditional acceptance and love of God.

This grace is a gift God has waiting for you. But just as a birthday gift isn’t actually yours until you accept it, you have to willingly receive God’s love and acceptance.

What does that mean? Well, every day we see ourselves in a mirror, and we have a choice to think of ourselves as the sum of the things we’ve done wrong, or as a child of God, perfectly acceptable to Him.

But you might be asking how God could forgive me and accept me if I’ve chosen to ignore His standards. The Bible answers that very clearly for us.

“For by grace you have been saved through faith. And this is not your own doing; it is the gift of God, not a result of works, so that no one may boast."

God doesn’t accept or reject us because of our ability to obey His commands. We’re accepted as an expression of His grace.

When I used my body and allowed it to be used by someone in a way I believed was wrong, I felt dirty. I knew I couldn’t make myself feel clean, so I kept on doing what I was doing. But eventually, I realized I was missing the point of everything I had been taught about the Christian life.

The truth is that only God could take away the feeling that I was stained in some way, and He had already done everything that needed doing when Jesus died on the cross, taking my dirt with Him to the grave. This was the grace of God in action.

Learn more about how God’s grace makes us clean.

Forgiveness is the key

Letting go of the past and entering into a new future requires accepting the forgiveness God freely gives us, but also, and just as crucially, forgiving ourselves and other people involved in our sexual struggles.

Holding unforgiveness in your heart towards God, yourself or others, is like keeping yourself in captivity. As you learn to forgive, you begin to experience freedom.

What many people struggling with sexual shame realise is that no matter what was done to them, the last person they want to forgive is the person they see in the mirror every morning.

How could I forgive myself?

I was honest with God about my sexual struggles. I broke up with my boyfriend because I knew I wouldn’t stop having sex if I stayed in that relationship.

But I didn’t forgive myself. I condemned myself as damaged goods, unworthy of love.

I believed I would be single forever because I deserved to be punished. This is the depth of shame I lived in.

I understood in my head that God had forgiven me, but I wasn’t able to experience that in my daily life because I couldn’t forgive myself.

I needed to realize that grace is defined as undeserved favor. Undeserved. So grace is not grace if you have to be good enough for it.

How could I forgive others?

When you’ve been wronged by someone you trust, it’s normal to feel like a victim and carry bitterness and resentment in your spirit.

But the result of withholding forgiveness from others is that you remain a hostage to that bitterness.

Choosing to forgive people who have wronged you allows you to break free. It allows your heart to begin healing.

Are there people in your life you don’t want to forgive?

Think through these categories of people:

You may also have non-sexual bitterness toward people that still impacts your sexual wholeness. A lot of the time these are deeper issues, and often happen in the family you grew up in.

Think through these examples:

All these experiences leave us looking for love in the wrong way or the wrong places.

We look for something to medicate our pain, not healthy intimacy. This intensifies our sexual desires and make us feel compelled to act on them.

Forgiving the people who caused or contributed to your pain helps break the hold it has on you.

Forgiveness doesn’t mean excusing, minimizing or justifying what was done. And it doesn’t mean you must restore the relationship.

Forgiveness is seeing and acknowledging the wrong that’s been done and choosing to release your right to judge the offender.

You hand that right back to God, who knows better than you how to deal with the other person.

So where do you go from here? 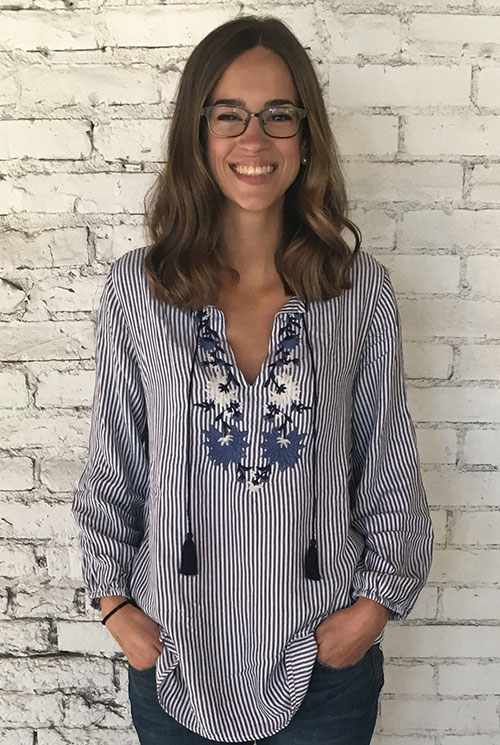 LeeAnn Herring serves with Cru in Southeastern Pennsylvania. She is passionate about women finding freedom and healing from sexual brokenness.

Desire: A Series for Women

How Could You Love Me if You Really Knew Me?

How To Enjoy Sex the Way God Designed

What Do I Do With My Craving For Sex?

Do I Really Need to Tell Somebody?

Who’s The Last Person You Want to Forgive?

So What Is Triggering Your Sexual Desire?

How Far is Too Far When You’re Dating?

No One Can Fight Your Battles, But They Can Stand With You

Do I Really Need to Tell Somebody?

So What Is Triggering Your Sexual Desire?