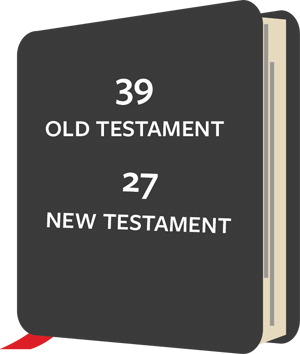 General Epistles.  There are seven general epistles, and they are named not for the recipients, but for the authors. James | 1 Peter | 2 Peter | 1 John | 2 John | 3 John | Jude

Revelation.  The last book of the New Testament is one of prophecy. It describes the end times and the triumph of Christ in His second coming. Describe the central message of the book (Revelation 22:12-17). What are its promises to those who overcome? (Revelation 2,3)

Today, commit to memory the books of the first division, the Pentateuch