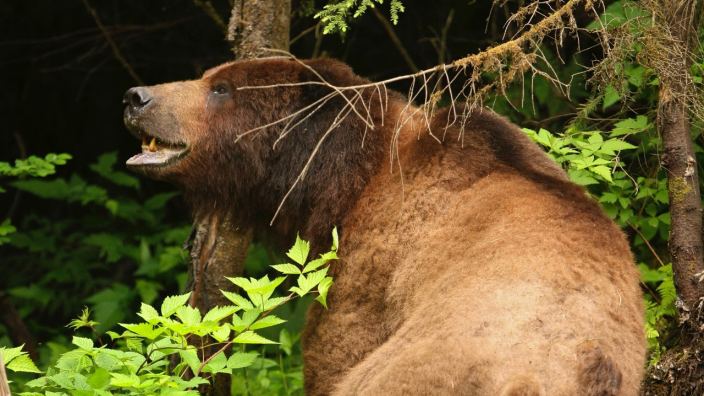 I was a young believer on spring break my freshman year in college. My friends Dan and Buck invited me to go on a backpacking trip in the Porcupine Mountains of Northern Michigan.

As three carefree young guys, we roamed and hiked around, sometimes talking to fellow travelers about the Lord. We didn’t even have a tent – just a piece of plastic we rigged up as a lean-to for sleeping.

One night as we were sitting around the campfire, we heard something big crashing around nearby.

In that moment, we all remembered the ranger’s warning before we took off: “Watch out for bears.”

I thought of how exposed we were, with not even a real tent to hide in. Dan suggested we pray. In my young faith, I wasn’t sure God could handle this, but it still sounded good to me. Dan prayed and asked the Lord to send the bear somewhere else, since we were His servants and had been trying to trust Him and make Him known on this trip.

Then we went to sleep under our lean-to tent and passed the night in peace.

The next morning, we found fresh bear droppings about a hundred yards down the trail. We soon learned that two couples a few hundred yards on the other side of us had cowered in their tents and watched a bear rip open their packs, looking for food. Not only had he taken their food, but he’d eaten 40 hits of speed as well.

And there we were, right between the two points the bear had been. The drugged bear must have walked – or floated – amid the trees and right through our campsite to get from one point to the other. I was amazed that God really had answered our prayer.

Yet it seemed the Lord wanted to drive the point home. An hour or so later, Buck went down to the shoreline of Lake Superior to collect driftwood for a fire. As he was about to toss a log on the fire, Dan said, “Wait a minute! It looks like there are words on that piece of driftwood.”

Dan grabbed the jagged section of the two-by-four board and cleaned the dirt off. As the words emerged, we gasped.

There on that weather-beaten piece of driftwood somebody had carved the words: God Answers Prayer.

This story is an excerpt from “The Bear” by Cru staff member Bill Sundstrom, from Amazing Modern-Day Miracles, 52 True Stories to Strengthen Your Faith, by Suzanne Tartre Frey, Harvest House Publishers. Used with permission.