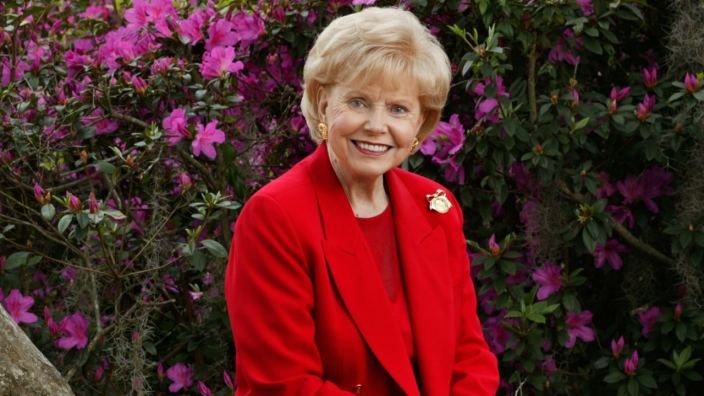 "I remember the days of old. I ponder all Your great works and think about what You have done." Psalm 143:5 (NLT)

In the summer of 1948 I graduated from college and by summer’s end was headed to Southern California for a visit with my brother. But most of my thoughts about the trip had to do with another individual there…my fiancé Bill Bright. More than once since proposing marriage, Bill had told me that God took first place in his life.

Before I left for California to clear up the plans for our wedding (or otherwise) I confided to a friend, “I’m either going to rescue Bill from this religious fanaticism or come back without a ring.”

Bill had left our small Oklahoma hometown in 1944, to create a business in Los Angeles. He reluctantly accepted an invitation to church from his new landlords and accepted Jesus Christ the following year.

By the time of my August 1948 visit, this man I loved was a growing Christian and active in the young adult group at First Presbyterian Church of Hollywood. I arrived in California and off we went to their Forest Home Christian Conference Center for a church-sponsored meeting of several hundred college and career students. 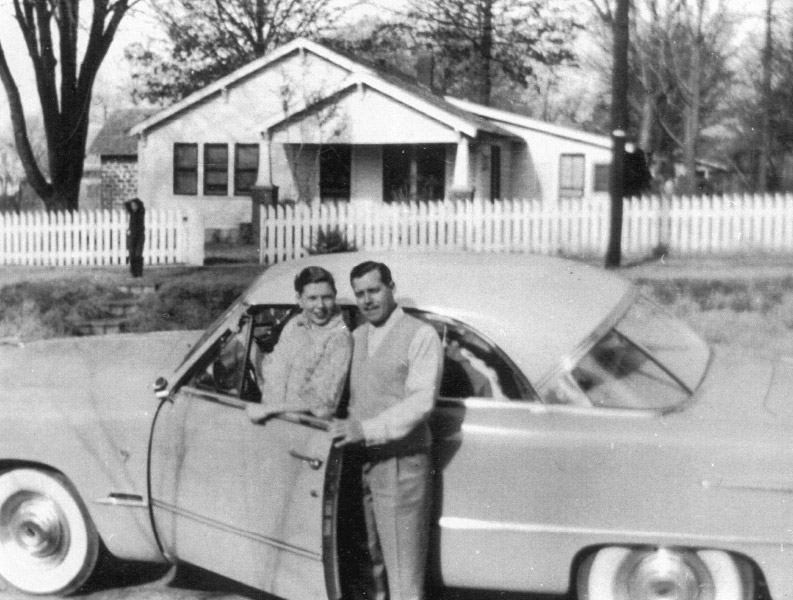 Dr. Henrietta Mears, the church’s director of Christian education, spoke to the group of young people. Bill suggested I speak privately with her about our differences. As she and I talked, Bill paced outside the cottage for 90 minutes, praying his heart out! The Biblical thoughts she shared guided me into a prayer of receiving Christ, just as Bill had a few years earlier.

For the first time God became a daily reality to me! As the weeks passed, God was adding a new dimension to my life. I was becoming as enthusiastic as Bill, Dr. Mears, and the others—just as eager to share the good news of Jesus.

Oh yes, on the next-to-the-last day of 1948, Bill and I were married! Now happily united and sharing a commitment to Christ, I was teaching in the L.A. schools and working on a Master’s degree. Bill was building his business while working toward a seminary degree. We loved our church and senior pastor Dr. Louis Evans, Sr. Together with our young friends we continued to grow. 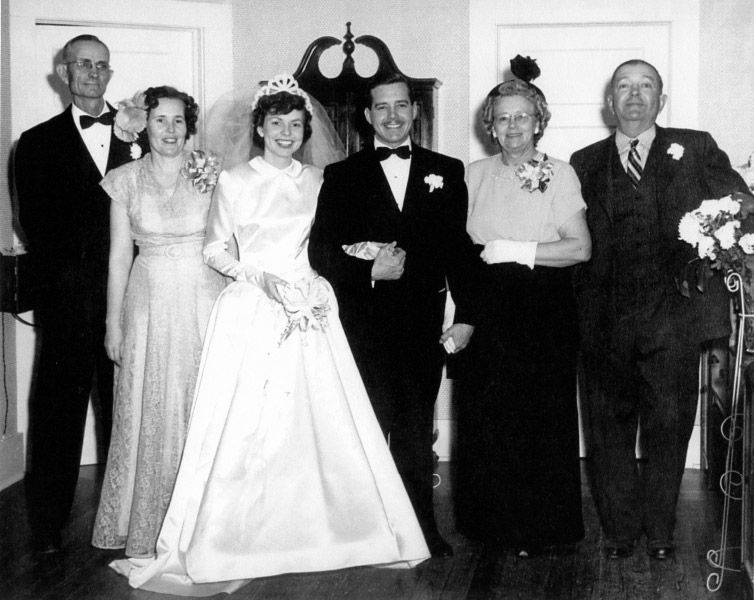 We were learning to rely daily on Christ. Our church reached out to jails, hospitals and rescue missions. Our schedules were pretty rigorous, but we enjoyed these volunteer ministries. Then, we arrived at one of those special points in time you always look back to.

At home in our Hollywood Hills cottage one Sunday afternoon in 1951, Bill and I were talking about our busy lives and our goals. We had been learning that our loving Heavenly Father’s will was better than our own. It was new and exciting! Materialistic goals that had driven us had lost their luster. We so much wanted our lives to count for eternity, pursuing goals in line with God’s will.

So, we decided to separately make lists of the things most important to us and then talk more about our goals as a couple. I went to another room and asked the Lord to show me what He wanted me to do. I wrote down my ideas and came back to see what Bill had concluded. 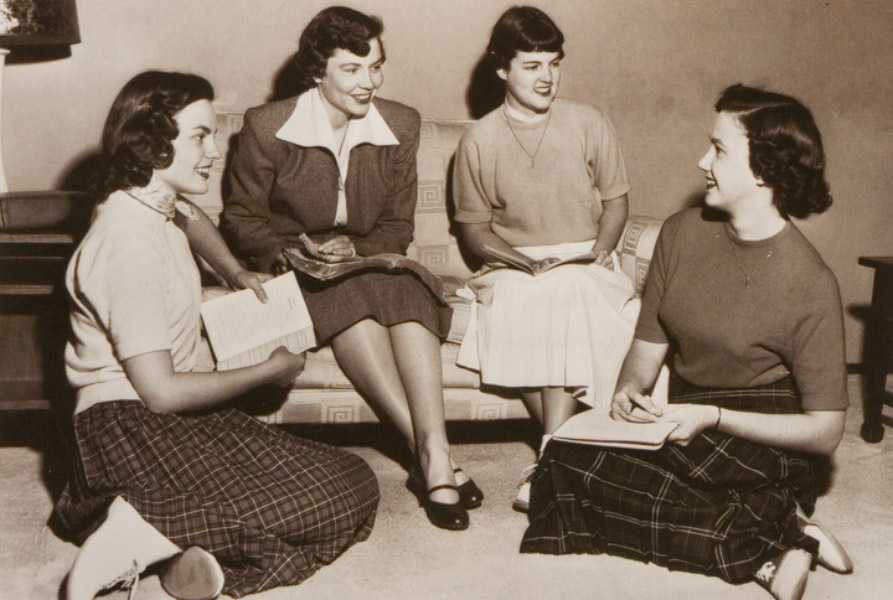 As we compared notes and agreed on one list of several goals, we both sensed God leading us to make some sort of deeper commitment. My businessman husband asked, “What if we put what we’ve written in the form of a contract with the Lord, and surrender our lives, our goals, our material possessions, and our future completely to Him?” That expressed exactly what I wanted to do. Prayerfully we signed our names to our “contract with God.”

Over the years we shared together, we referred back to our contract. What are our goals? To what did we commit? Until Bill’s passing in 2003, we often related many decisions to the irrevocable contract we signed together that afternoon. It sounds a bit dramatic, but many circumstances changed from that day on…some almost right away.

Only a few months later, one night in the spring of Bill’s seminary senior year, I went to bed, leaving him and a friend studying late for an exam. He began to share with his friend about the need to reach students for Christ.

Suddenly, he sensed the indescribable presence of God. He was given an overwhelming vision of the gospel going to the entire world, beginning on college campuses. The timing of this vision from God was not lost on us. 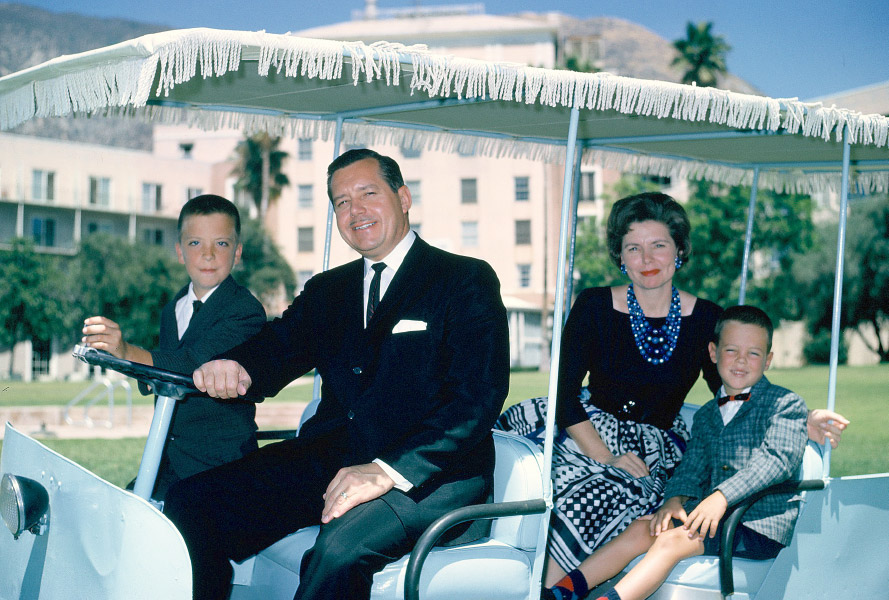 Recently we had given ourselves unconditionally to Him and His great cause in the world. And here He was, revealing this new focus for our lives. When I awakened church volunteers into fraternity and sorority houses to talk with students about Jesus. Some students were willing to talk with us, and we may have sown some spiritual seeds. But we never saw anyone come to Christ through these university meetings.

God was answering someone’s prayers in all those critical happenings, those lives and situations that He was bringing together to form what would become a worldwide movement. Even as we made ready to be faithful to our calling to the UCLA campus that fall, we made certain this new ministry would be bathed in an incubator of continual prayer.

Dividing each day into 96 segments of 15 minutes each, Bill and I recruited everyone we could think of to serve as prayer partners. The plan was to have around-the-clock prayer, so we worked to fill every slot. Always someone, somewhere was uniting in prayer for this ministry.

We knew that Scripture said to pray without ceasing. We were depending upon the Holy Spirit to guide every step we took and work in students’ lives, in response to prayer. Cru was born in prayer, and prayer is still our lifeline. 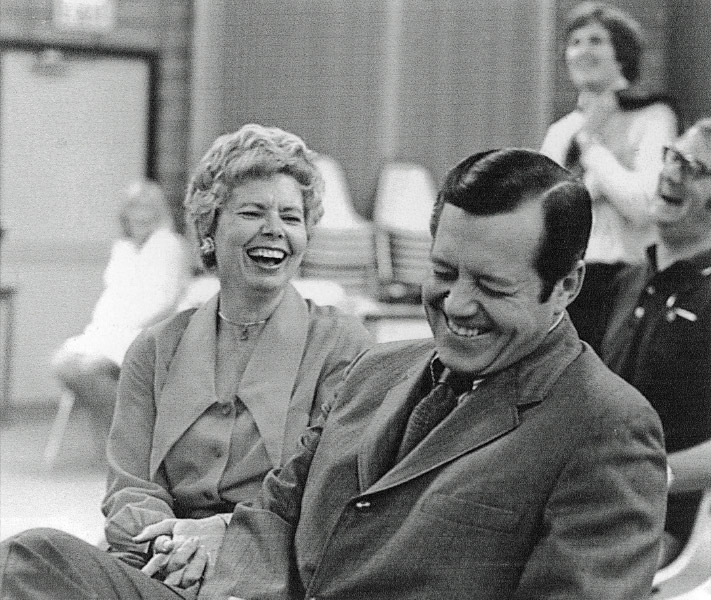 A new believer’s faith is strengthened when prayer helps his group avoid an encounter with a bear.