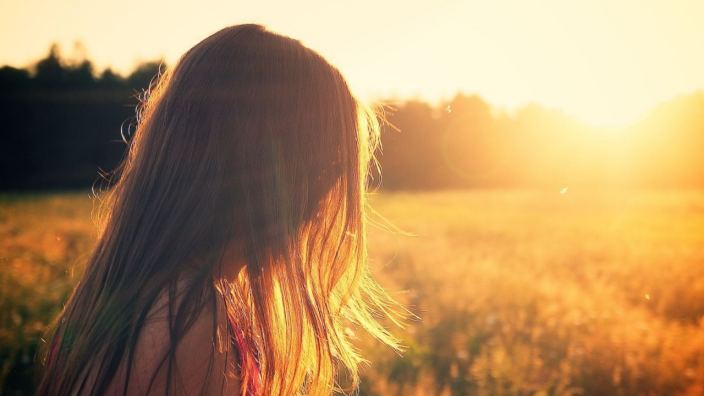 “Repeat after us: I promise that I will not date for the year of 2019 and focus entirely on being my own woman…”

It took two of my best friends and a contract sealed with lipstick for me to come face to face with my demons. They had cornered me on my 25th birthday, after I ended yet another relationship that could not satisfy. I was heartbroken and my girlfriends were fed up.

They decided to take matters into their own hands and drafted up the document, complete with signatures, to ensure that I would choose to remain single regardless of who showed up. Breaking it would mean facing penalties I frankly could not afford.

That was a couple of weeks before the conference. Here I was, jaded and emotionally spent, having looked for affirmation in all the wrong places and coming up empty. As part of the team, I had to attend all four days of conference - Set Free and Breaking Free.

In the beginning, I was comfortable playing the role of spectator, protected by a tag  that screamed, ‘MEDIA’. It made me feel safe - I was there, but I wasn’t one of them.

However, I soon realised just how wrong I was. As I examined my heart, God showed me that I, too, had strongholds and addictions. They may not be pornography, smoking, or drugs, but there were things that I depended on. My need for affirmation had become an addiction.

Affirmations made me feel valued and worthy. I had built my identity on everything other than God, allowing myself to wander in my thought life and ultimately forgetting that I was loved and found in Christ.

Like Jessica Harris (speaker at the conference), I too was a princess. Yet I was behaving like a beggar’s daughter, eating scraps off the floor when my Heavenly Father had prepared and reserved a feast for me.

We all have high places that need tearing down, temples that need cleansing. Just like how Jesus entered the temple and drove out all peddlers, leaving nothing but overturned tables in his wake. He shined the light on areas of my life that I never knew were idolatrous.

“Everything I had been searching for was always right here. God loved me in spite of myself. He loved me because He chose to love me.”

Love is not something you earned, it is something that is given (Jessica Harris, Beggar’s Daughter).

On the flip side of conditional human love, is a comforting selfless love. Romans 5:8 says that “God demonstrates His own love for us in this: While we were still sinners, Christ died for us.”.

We all crave to know and to be known. And there’s nothing wrong with that! We are designed for intimacy. Yes, it is nice to be desired, but in a God-ordained relationship. In so many superficial interactions, all that mattered was the present - there was no acceptance of one’s past or promises regarding the future.

Somehow, that which was meant for good got corrupted along the way. For girls who are pressured into sexting to gain someone’s affection, it only served to separate an intimate act from true intimacy, disconnecting that girl from her worth.

During the conference, Jessica Harris pointed out that there was no charging into battle to defeat the enemy because, guess what, victory was something that had already been won! All that was left for me to do was to simply make the conscious choice to walk in the victory that was already there.

Thus I began the challenge of keeping my focus fixed on God and ‘on being my own woman’. Jessica Harris highlighted that freedom is a ‘moment by moment choice, not a one-time thing’. I have also started investing in community. Expanding my circle and deepening wholesome friendships. God is faithful and He provides, all I had to do was to trust and obey.

At this point, I would very much like to tell you how it’s all a walk in the park, but it isn’t.

At times, it seems so much easier to give in and revert to my old way of life. Yet, I am taking it day by day, letting Him heal my heart. I am resting in the knowledge that God’s plans for me are good.

We are taught that our bodies are the only things of value. That is terrifying because unfortunately our bodies will decay, no matter how much we try to fight it. This can’t be further from the truth because on the contrary, we are whole, redeemed and loved! That’s who we are in Christ. That’s our identity.

Eunice loves running and coffee, not necessarily in that order. Most of the time, however, she’s running to get coffee.

Jessica Harris was addicted to hardcore pornography. She wants to tell other women with similar struggles, “You’re not alone.”