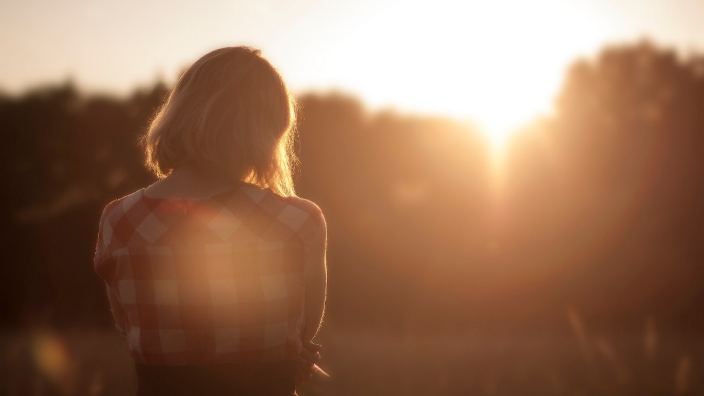 How one woman trusts in God's sovereignty.

When I returned home from 2 years in the Eastern European country of Slovenia, I struggled with God for answers.

Although I knew He had called me there, He allowed circumstances that required me to leave.

Slovenia had become my home, and I dreamed of a future there. I felt confused and thought my prayers were going unanswered.

I grieved for the Slovenian people, and I felt heartbroken that God had taken me away from a county He'd helped me love. Leaving Slovenia, I had the feeling of a door slamming in my face.

In prayer, I cried until I was out of words. When God still gave no answers, I was tempted in His silence to doubt His love for me. I couldn't see His care over the things I believed He said were good. The rich fellowship I'd enjoyed with Him began to taste bitter.

My friend Jodi asked me if I'd been able to be thankful.

I thanked God every day, I told her. I thanked Him for my family and the obvious blessings He'd given me.

But Jodi meant that I needed to look my circumstances squarely in the face and give God thanks in them, by faith.

Talking over the phone, she reminded me of something Bill Bright, co-founder of Cru, had written: "The best way to demonstrate faith is to say 'thank You.'"

Bill Bright was challenging believers to obey God's command in 1 Thessalonians 5:16-18: "Be joyful always; pray continually; give thanks in all circumstances, for this is God's will for you in Christ Jesus" (New International Version).

Up to this point, I had expected thankfulness to come after I had renewed peace with God, not before.

And I hadn't seen anything to be thankful for in my circumstances, so asking me to give thanks within the disappointment seemed too much.

Then Jodi told me her story of giving God thanks.

Deciding to find a smaller place, her parents had sold the farm that had been her childhood home. They'd had years of Thanksgivings and Christmases there, and Jodi's dad had worked to make it a beautiful place.

When Jodi was home in Iowa for summer furlough, she had to drive past the old farm a lot. In her sadness, she'd turn her eyes away every time she'd passed.

Then one day she decided to look at it and just give God thanks, even when she didn't feel like it. She knew God was calling her to be thankful, not necessarily for the circumstances, but rather in spite of the circumstances.

As Jodi drove by and thanked God, she felt relief from the sadness. As she continued, God showed her things she could be thankful for, such as the way He'd provided a new place for them, and all those wonderful years at the farm.

Jodi's story helped me understand that I could choose to act upon what I know is true about God and be obedient by giving Him thanks, whether or not God showed me things about the circumstances I could be thankful for.

He also showed me that holding back thanks in all circumstances -- even this -- was pulling life out of my fellowship with God.

Giving thanks in all circumstances doesn't feel logical, and it sometimes defies the emotions of anger or fear.

Thanking God was going to cost my pride -- the pride that allowed me to think God owed me answers. More than I wanted answers, I wanted my joy and peace restored.

But offering any kind of thanksgiving would require humility.

In More Precious Than Silver, Joni Eareckson Tada writes, "Such gratitude involves cost and sacrifice -- it costs your logic, and you sacrifice your pride. But your thank offering is glorified as you push through the pain to present gratitude to God for His blessings."

Curious about what Joni meant by a thank offering, I turned to the Old Testament.

Unique from other kinds of ceremonial sacrifices which God demanded of the Jewish people, I learned that the thank offering was the only kind of offering in which the one bringing the offering shares in the culminating meal.

Priests presented other offerings to God on someone's behalf, according to Levitical law, and that person never saw the ram or dove again. Yet for a thank offering, they had a share of the sacrifice after it was offered to the Lord.

I pictured friends at peace breaking the bread.

Instead of calling me strictly to obedience, God was inviting me to be blessed through the sacrifice of thanks.

In Psalm 50:23 I read, "He who sacrifices thank offerings honors Me, and he prepares the way so that I may show him the salvation of God" (NIV).

He wanted to use this time and the circumstances to show me His salvation, salvation I have in relationship with Him that will never change. God was teaching me to come back to Him, even in my sadness and confusion.

If you asked Jodi, I'd imagine she'd trade the things she's thankful for in the sale of the farm to have the farm back.

If you asked me, I 'd be tempted to trade the grief and unanswered questions for everything working out the way I hoped it would.

Who wouldn't want their loved one back or to have work after 18 months of unemployment or to be healed from a debilitating disease?

Sometimes the ghosts of unanswered questions tempt me to doubt. But I once again offer up a sacrifice of thanks, and God faithfully meets me there.