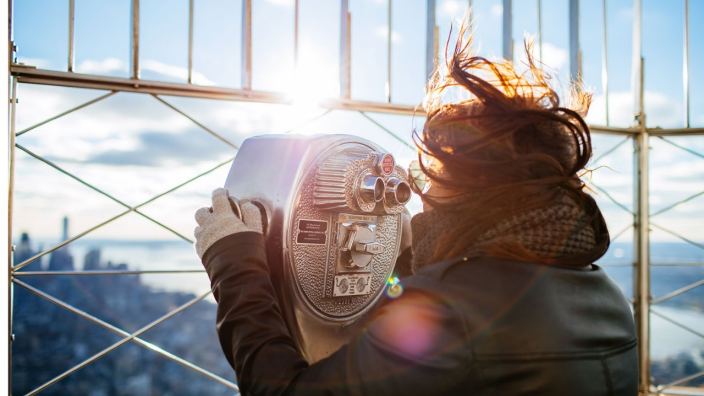 We are living in a day where people are pessimistic about the future. There have always been pessimists, but now there is a general feeling of hopelessness regarding the future. Many people even look forward with a sense of dread.

With constant terrorist attacks and talk of biological, chemical and nuclear warfare, fear has engulfed our planet.

Against this pessimistic and fearful backdrop, Jesus Christ offers real hope. He gives mankind the opportunity to become right with God and his fellow man.

However, abundant life never ends. There is a hope of life everlasting based upon the promises of God in Jesus Christ.

Jesus said, "I am the resurrection, and the life: he that believeth in Me, though he were dead, yet shall he live: and whosoever liveth and believeth in me shall never die" (John 11:25, 26, KJV).

In a changing world, there exists an unchanging God whose world lasts forever.

"The grass withers, the flower fades: but the word of our God stands forever" (Isaiah 40:8, New American Standard), and He Himself never changes, "Jesus Christ the same yesterday, and today, and forever" (Hebrews 13:8, KJV).

Ralph Barton, one of the top cartoonists of the nation, left this note pinned to his pillow before taking his own life,

"I have had few difficulties, many friends, great successes; I have gone from wife to wife, and from house to house, visited great countries of the world, but I am fed up with inventing devices to fill up 24 hours of the day" (Bill Bright, Jesus and the Intellectual, p. 14).

Shakespeare commented on life, "It is a tale told by an idiot, full of sound and fury, signifying nothing." – MacBeth

What a contrast to the words of the Apostle Paul written just before his impending death:

"For I am already being poured out as a drink offering, and the time of my departure has come. I have fought the good fight, I have finished the course, I have kept the faith; in the future there is laid up for me the crown of righteousness, which the Lord, the righteous Judge, will award to me on that day; and not only to me, but also to all who have loved His appearing" (2 Timothy 4: 6-8, NASB).

Unsinkable? Can I Really Do Life on My Own?