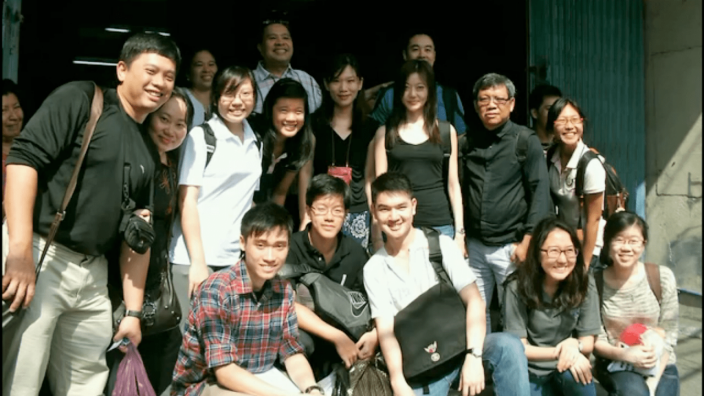 A Doctor’s Obedience to God’s Call Through Medical Missions

Recalling how God led him on this journey, Dr Lee-Oh shared one of his pivotal moments as a young medical student while walking on “Smokey Mountain” in Manila. It was his first mission trip back in 1990.

Smokey Mountain is long gone, but it used to be one of the city’s most infamous garbage dumps, literally a “mountain” created by millions of metric tonnes of waste. Smoke plumes would rise from the heap when flammable materials spontaneously caught fire.

Scavengers made their living sifting through garbage and selling recyclable materials such as iron scraps and plastics. Some even fed themselves on the food scraps they found.

On the mountain, Dr Lee-Oh saw the neighbourhood kids play basketball on a “pavement” that was not actual ground but waste–so compacted on a contaminated river–that it became firm enough to stand on! 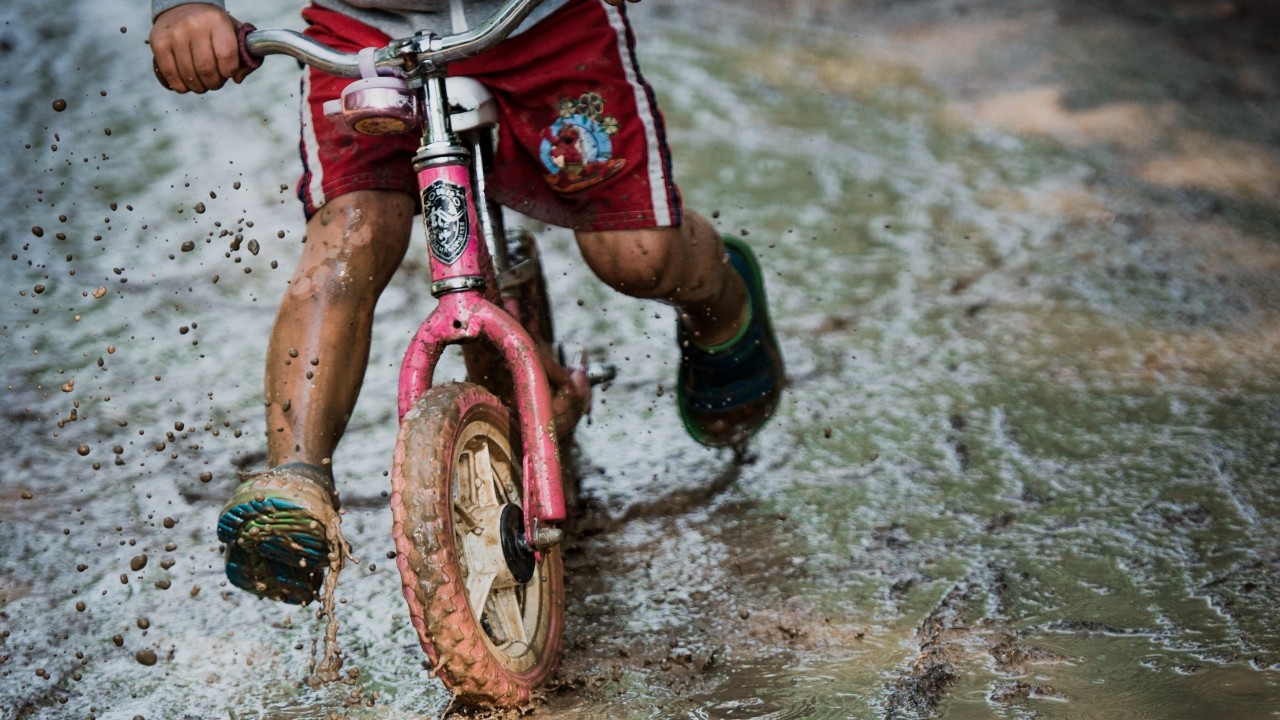 On Smokey Mountain, families lived, worked and played on compacted layers of rubbish.
(Photo by Jess Zoerb on Unsplash)

That experience hit him hard, and he resolved to use his medical skills to help the poor and stricken, convinced of the power of medical missions–healing the sick, softening hearts, and opening doors for the gospel.

Beginnings of a Journey

His journey to Smokey Mountain started in 1989, his freshman year at National University of Singapore (NUS) Medical School.

A young Christian then, he joined Cru’s Discipleship Group (DG) together with a few classmates, and was discipled by seniors, James and later Choon Kit. There he grew in a thriving spiritual community.

That was also the genesis of a mentor-mentee relationship. Dr Lee-Oh would later become the director of Mission (Bukit Batok) Medical Clinic, a practice he took over from his mentor, Dr Leong Choon Kit, in 2008.

During his involvement with Cru ministry on campus, Dr Lee-Oh participated in the ministry equipping sessions taught by Cru staff–Toe and Magdelene Set, who are now resident faculty members with East Asia School of Theology, and also Belinda Goh, who now works closely with him to organise medical mission trips.

Under their guidance, he learnt the basic doctrines and foundations of the Christian life, and evangelism skills.

“I was touched by their dedication and they impressed us with their vision for medical missions and spiritual depth. They invested their time with us on campus and at the hostels, which was a great encouragement, as medical school was challenging to say the least.”

By year two, he took up student leadership roles with Cru and in year three, he went to Smokey Mountain as part of Cru Global’s New Life 2000 campaign to reach the Philippines with the gospel. 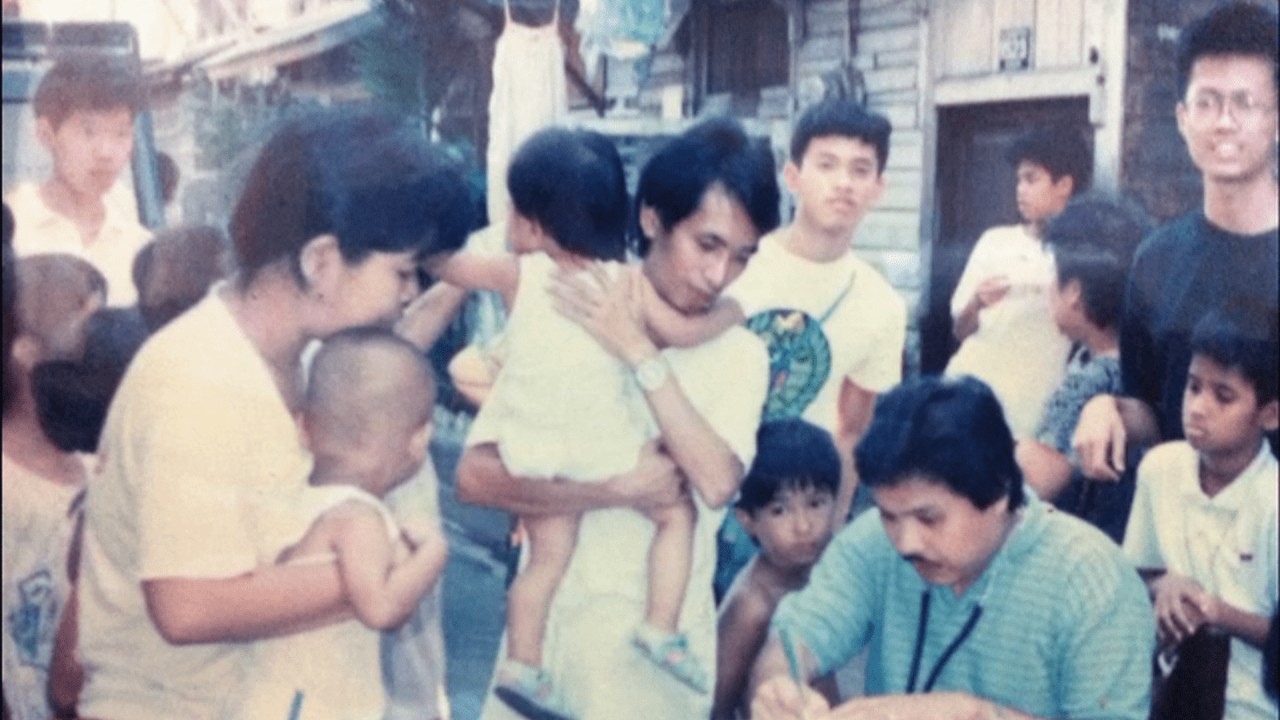 Planting a Lasting Partnership with the Local Church

The Smokey Mountain experience was pivotal for a second reason–it was where the seed for Manila Medical Missions (MMM) was planted. During that trip, Dr Lee-Oh and his team partnered with Dr Don Cua, who was a medical doctor and also head pastor of Philadelphia Christcentered Fellowship (PCF).

“Dr Don taught us how to assimilate medical work into missions and exposed us to the natives of the land–the tribes, food, language and culture. It was a totally new experience for most of us urbanites.”

“We were exposed to Dr Don’s ministry to the urban poor, native tribes, prisoners, homeless cemetery people, the elderly and abandoned children, and squatters staying in the target area around the church.”

“My team and I returned to Singapore, all fired up to go on the next trip. And so we did.” 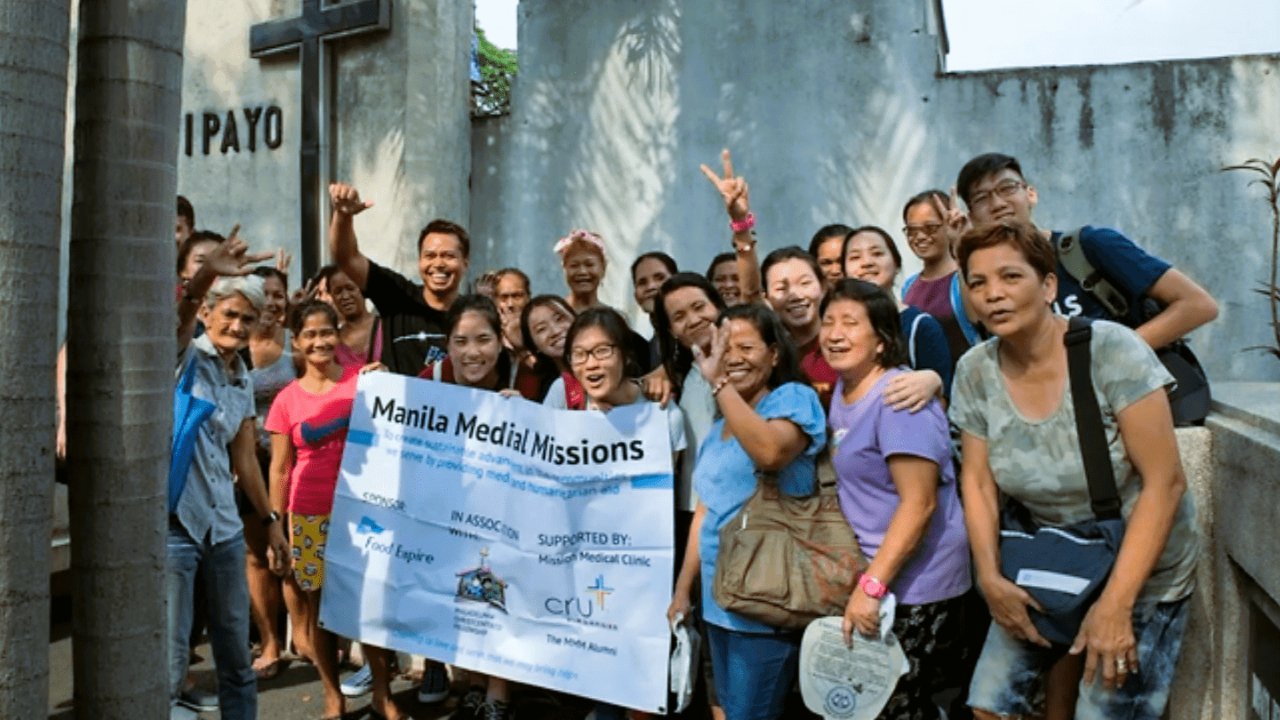 Manila Medical Missions team in May 2017

With subsequent trips, new leaders were raised who then raised their own teams that developed new batches of leaders, perpetuating the leadership cycle. This became a regular biannual event which culminated in the establishment of MMM in 2011 by two medical students, Alex and Shonda. It is heartening to know that over the years, doctors and medical students have stepped up to lead and organise trips using their own time and finances because they believed in the vision.

Under the mentorship and guidance of Dr Lee-Oh, MMM has been faithfully and tirelessly serving underprivileged communities in the outskirts of Manila. 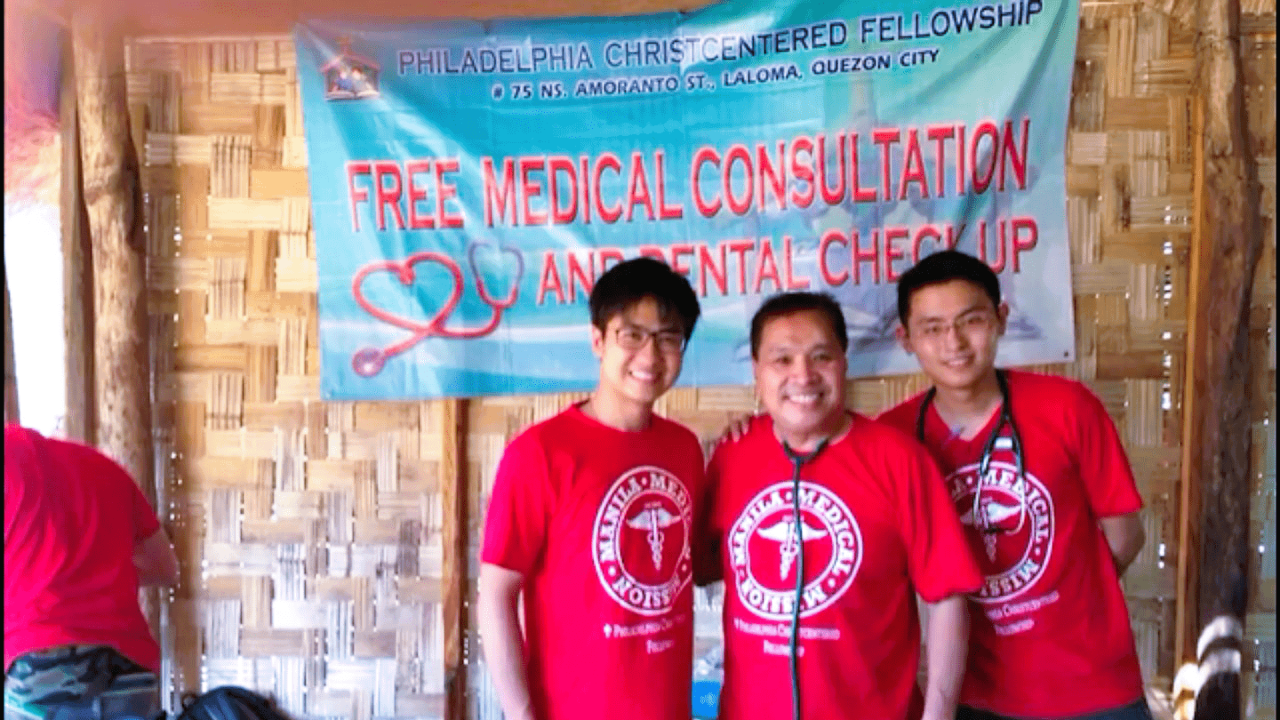 MMM has been serving the underprivileged communities in close collaboration with the local church (PCF) through medical clinics, vaccinations, health education, livelihood programmes, provision of basic necessities and school supplies.

One of the target groups they serve are people living in the North Cemetery, where thousands stay in makeshift homes amongst the dead. Houses are integrated among the graves and tombs are used as beds. The living conditions are dismal and sanitation is poor. Besides medical treatment for those who need it, the women are provided with capital to attend vocational skills training and start a livelihood to join their husbands in supporting the family.

MMM also works with institutions that shelter the abandoned and neglected. They run feeding programmes, provide children’s toys and gifts, organise activities and enable better care for the elderly by supplying cleaning and medical supplies. 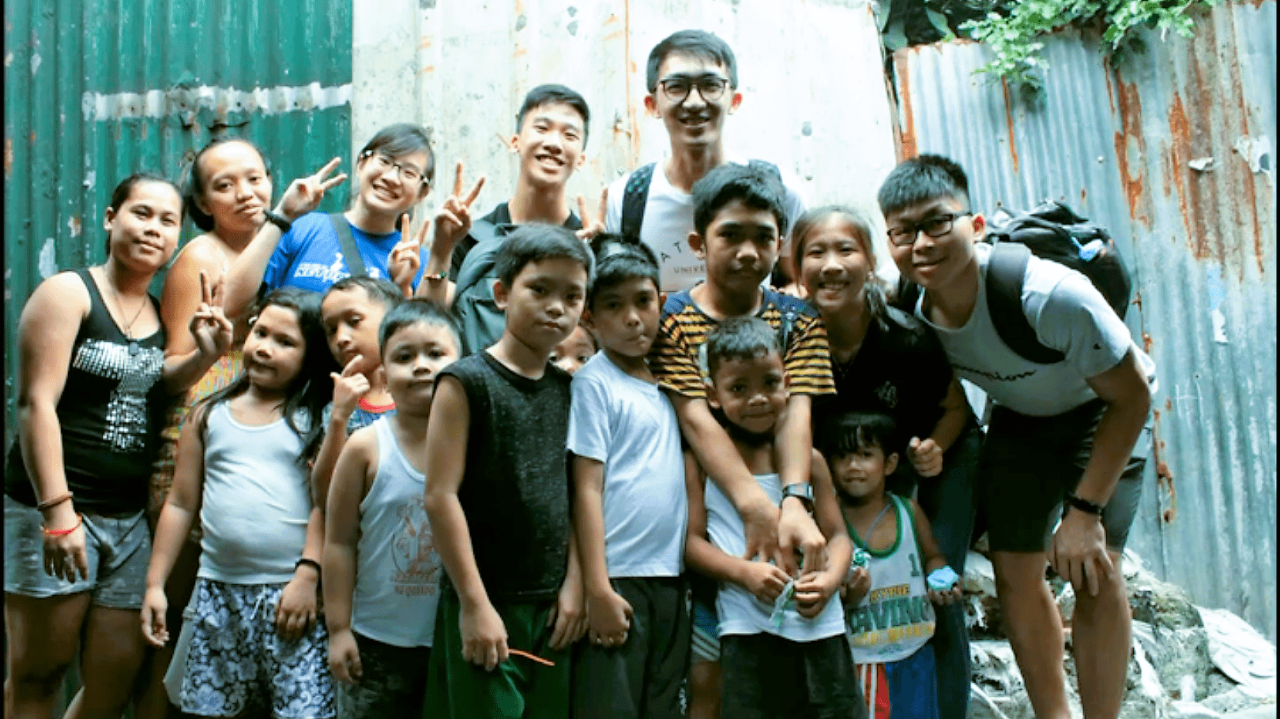 Another vulnerable group are the indigenous tribal people who live mostly in mountainous areas and have little access to healthcare and proper nutrition. Locals walk for hours or are conveyed from faraway mountains to the medical clinic on a sponsored truck. Birth control surgeries, pneumococcal vaccinations, multivitamins and medications are the provisions that are much needed here. 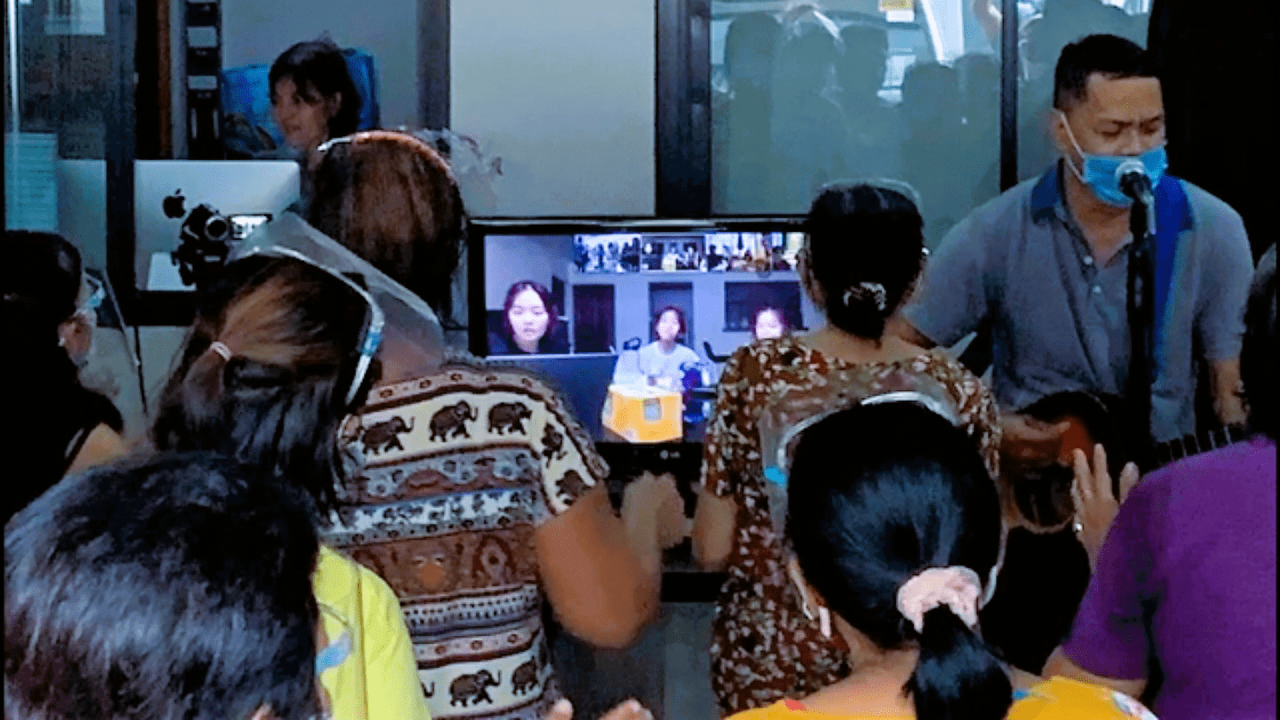 A decade has since passed and the MMM ministry has continued mostly uninterrupted, except for a few years due to political unrest. During the COVID-19 lockdowns, the mission trips were converted to digital ones.

One Step at a Time: A Fellow Pilgrim’s Journey to a Life on Mission

Looking back, it is evident how God led Dr Lee-Oh to a life in missions. That eye-opening trip to Smokey Mountain was but the first of many steps on this lifelong journey.

Having been involved with MMM since its inception, Dr Lee-Oh says, “I’ve never felt tired of ministering in the Philippines using the medical skills God placed in my hands. It is a joy and privilege!”