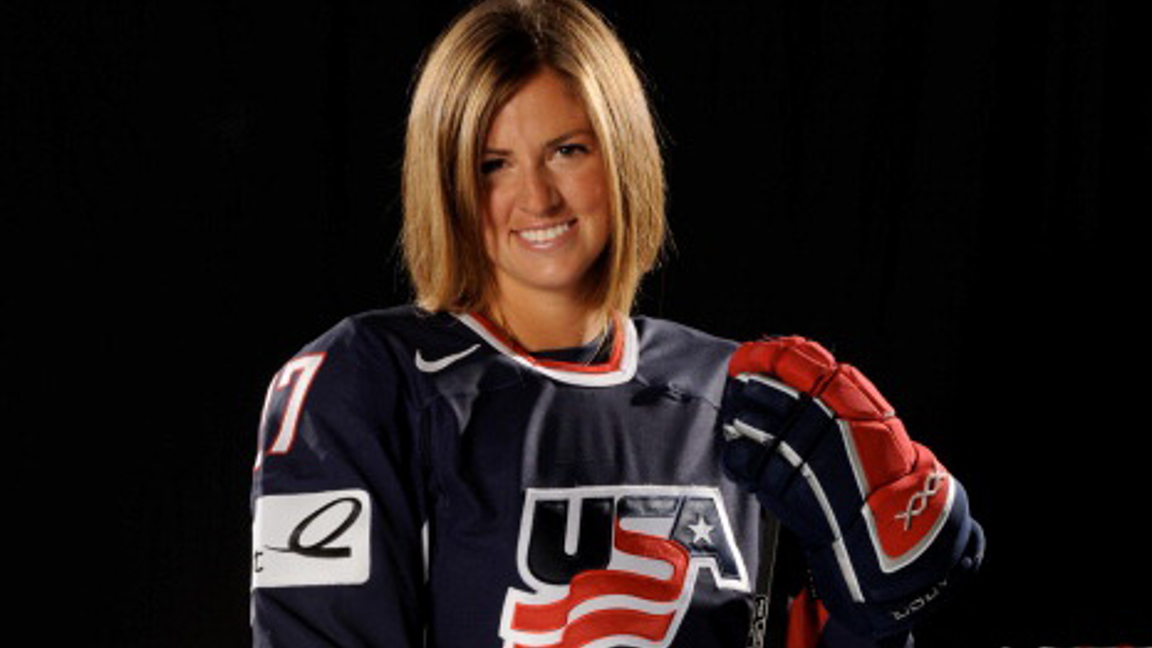 I was raised in a Christian home. And yet, even with daily exposure to biblical teaching and my parent’s desire for me to know and love God, I still found it difficult to make the Christian faith of my family my own.

I went off to the University of Wisconsin-Madison on a scholarship to play hockey for the women’s team. While many kids drift away from their faith when they leave home, I did just the opposite. Suddenly I found myself making decisions and personal choices that were affecting my life in a big way. It was then that I decided to make my parents’ faith my own.

I knew I needed to put my trust in God and give Him complete control over every aspect of my life. Once I made that decision and commitment, I plugged myself into Athletes in Action on our campus and found a local church that was alive with God’s Word and helped me grow in my faith. God wrapped me in His love and began changing me from the inside out. I felt like I finally had that personal relationship with God that I was missing for so many years.

One thing I have learned is that it is never easy to be a Christian. One of the hardest trials God has brought me through occurred in the fall of 2008. Due to a hockey injury, I had to undergo shoulder surgery that I thought would end my career and dreams of playing in the 2010 Winter Olympics. The surgery and recovery were very difficult and coming back to the game of hockey was painful. But God gave me the strength to get through therapy and rehabilitation, and the stamina to continue to play, train and to go to the final tryout camp for the 2010 U.S. Olympic women’s hockey team a year later.

I’ve learned that while playing sports God should always be the one I’m playing for. Some of the hardest moments in my playing career have been when I was trying to win the game for myself, or for a title. If God is my audience then He will be watching all the time. This means whenever I am training alone at home, or working out in the weight room with my team, or in front of thousands of fans, I need to be giving everything I’ve got for the purpose of bringing glory to God and using the gifts He has given me.

The weeks prior to the final tryout were more than just physical preparation. Those weeks consisted of a lot of prayers. I wanted to give the outcome to God and be happy with whatever He gave me. In my personal devotions and in my prayer times with my husband, Mike, a lot of the focus was on the unknowns that I was going into. Mike and I prayed that I would have no regrets and leave everything on the ice. It is a strange feeling when you completely give the outcome to God. Peace came regarding the decision that would be made.

I tried to remind myself that whatever God wanted to happen would happen no matter what I thought about it. Thankfully, God was not finished working through me and allowed me to be one of the 23 selected for the team.

He is continuing to use me daily on the 2010 U.S. Olympic team as I live and play hockey for Him.

I love what the Bible says in James 1:1-4, “Consider it pure joy, my brothers, whenever you face trials of many kinds, because you know that the testing of your faith develops perseverance. Perseverance must finish its work so that you may be mature and complete, not lacking anything.”

Athletes in Action, along with several other evangelistic ministries, has put together a team of about 15 chaplains to serve the athletes throughout the Olympic Games.

How To Forgive Others the Way God Forgives Us