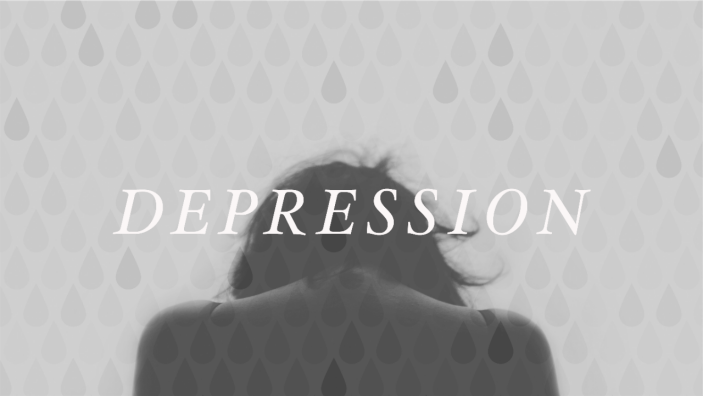 Depression & Anxiety: It's All in Your Head

The door swung open and revealed my new psychiatrist, a white woman about six-feet tall, wearing an African robe and a mullet. She ushered me into her dark office. Pictures of street urchins and starving people adorned the walls.

Her large hands engulfed mine as we shook. She nodded towards the couch asking me to make myself comfortable. I sank into it, and she loomed over me as she rolled her chair over.

Describing the way depression feels is difficult. It’s a dark place that when I’m feeling more hopeful, like today, I can’t remember. It’s too dark. I can’t tap into a way of describing it.

For me, I think it feels like I’m being held underwater.

As long as I can remember, I’ve struggled with depression and anxiety. I’ve seen counselors, taken the gamut of medications, been unofficially diagnosed with bipolar, anxiety disorder, low-level depression, obsessive compulsive disorder and a bunch of other guesses. On bad days, I think I’m just what the counselor suggested: a worry-wart.

But the psychiatrist was getting it all wrong. I noticed the window behind her had a flower box – and bars. I asked her about the bars and she said they made her feel safe. They made me feel like I was in prison. She nodded, asking why.

More than 8 percent of Americans live with depression, according to the Centers for Disease Control and Prevention. We all have friends who live with this ailment daily.

Depression must not be dismissed, especially by Christians.

How can we start hearing our friends who struggle?

When I was six years old I used to wander the playground at school, fighting the negative scripts that ran through my head. For some reason, I thought saying, “Oh my God” in my mind would mean eternal damnation. So I’d spend tortured recesses apologizing to God for taking His name in vain, albeit non-verbally.

I was raised in a loving home, though we relocated a lot and I don’t think I could fairly characterize myself as a sad kid. In fact, to this day I love fun, and I’m often fueled by excitement and adventure. But there’s always been this specter of depression, this fear around a corner.

Today I’m 38, a writer with Cru, happily married with two children. Yet I still have days when I wake up, and my inner-world is in such upheaval I weep. I stay in bed. I pop Ibuprofen, because the inner voices of condemnation give me headaches.

As I lie there, I feel like a total loser. Real-life doesn’t afford staying in bed, and I hate myself for it. I feel profoundly broken.

A friend of mine pointed out that we Christians have a way of shooting our wounded.

I do this. I meet an individual who’s tearing up over his inner struggles and my first instinct is to fix him. If I can fix him, I’ll feel better about myself, I will have done some good and I can get back to my life.

But while we may shoot our wounded, my friend pointed out that God does just the opposite: Right after Elijah had the showdown with the prophets of Baal, he begged God to let him die. Rather than reason through his feelings, God offered him food. God allowed him to sleep, feeding him cake and water for two days. Later they talked.

Childless, old and depressed, Abraham sat in his tent and cried out, “God what can you give me?” Rather than reasoning with him, God came into his tent, reassured Abraham of his promise and led him outside. Perhaps the fresh night air did Abraham good as God asked him to look at the stars and count his promised children.

The problem with depression is when someone says it’s all in your head, they are absolutely correct.

Your brain is imbalanced. I’m no brain surgeon, but researchers believe it has to do with your neurotransmitters. As the cells in your brain aren’t able to transmit or receive the right signals to regulate mood, your body may slow down, stomach tighten, you may lose your appetite, or gain one, you may want to sleep all the time, you may not be able to sleep, and on and on.

Depression and anxiety are as baffling as we humans are complex. For me, there can be simple responses, like playing Monopoly with my eight-year-old daughter, going for an intense run, catching the sun, watching a funny movie or having a good meal. These gifts enable me to live on. But then, sometimes, there just aren’t any simple responses.

In order to help us better relate to someone who is depressed or anxious, here’s a few ideas:

For a healthy, Biblical understanding of depression and anxiety, as well as an understanding of the complexity of everyone’s interior world, listen to Tim Keller’s free sermon, “The Wounded Spirit”.

Posting After Paris? Social Media is a Risky Pulpit

How to Trust God in Painful Circumstances