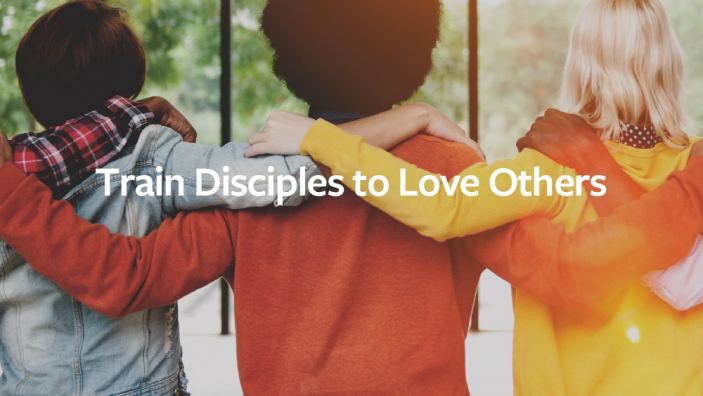 How to Forgive Others

Share about an experience where you felt  disrespected, hurt or betrayed by someone. (No names, please)

Summary: God will bring healing and wholeness to us and to others as we learn to forgive people, including our enemies.

Jesus expects us to forgive others as we have been forgiven.

In Romans 3:23, the apostle Paul states that “all have sinned and fall short of the glory of God.” Still, each one of us has a natural tendency to be more harsh on others than we are on ourselves. Jesus told the following story in response to a question about how we are to respond to the sins of others.

“Then Peter came to Jesus and asked, “Lord, how many times shall I forgive my brother or sister who sins against me? Up to seven times?” Jesus answered, “I tell you, not seven times, but seventy-seven times.

Therefore, the kingdom of heaven is like a king who wanted to settle accounts with his servants. As he began the settlement, a man who owed him ten thousand bags of gold was brought to him. Since he was not able to pay, the master ordered that he and his wife and his children and all that he had be sold to repay the debt. At this the servant fell on his knees before him. ‘Be patient with me,’ he begged, ‘and I will pay back everything.’ The servant’s master took pity on him, canceled the debt and let him go.

But when that servant went out, he found one of his fellow servants who owed him a hundred silver coins. He grabbed him and began to choke him. ‘Pay back what you owe me!’ he demanded. “His fellow servant fell to his knees and begged him, ‘Be patient with me, and I will pay it back.’ But he refused. Instead, he went off and had the man thrown into prison until he could pay the debt. When the other servants saw what had happened, they were outraged and went and told their master everything that had happened. Then the master called the servant in. ‘You wicked servant,’ he said, ‘I canceled all that debt of yours because you begged me to. Shouldn’t you have had mercy on your fellow servant just as I had on you?’ In anger his master handed him over to the jailers to be tortured, until he should pay back all he owed. This is how my heavenly Father will treat each of you unless you forgive your brother or sister from your heart.”

Jesus told another story about forgiving others.

“When one of the Pharisees invited Jesus to have dinner with him, he went to the Pharisee’s house and reclined at the table. A woman in that town who lived a sinful life learned that Jesus was eating at the Pharisee’s house, so she came there with an alabaster jar of perfume. As she stood behind him at his feet weeping, she began to wet his feet with her tears. Then she wiped them with her hair, kissed them and poured perfume on them.

When the Pharisee who had invited him saw this, he said to himself, “If this man were a prophet, he would know who is touching him and what kind of woman she is—that she is a sinner.” Jesus answered him, “Simon, I have something to tell you.” “Tell me, teacher,” he said.

Two people owed money to a certain moneylender. One owed him five hundred denarii, and the other fifty. Neither of them had the money to pay him back, so he forgave the debts of both. Now which of them will love him more?” Simon replied, “I suppose the one who had the bigger debt forgiven.”

“You have judged correctly,” Jesus said. Then he turned toward the woman and said to Simon, “Do you see this woman? I came into your house. You did not give me any water for my feet, but she wet my feet with her tears and wiped them with her hair. You did not give me a kiss, but this woman, from the time I entered, has not stopped kissing my feet. You did not put oil on my head, but she has poured perfume on my feet. Therefore, I tell you, her many sins have been forgiven—as her great love has shown. But whoever has been forgiven little loves little.” Then Jesus said to her, “Your sins are forgiven.” The other guests began to say among themselves, “Who is this who even forgives sins?” Jesus said to the woman, “Your faith has saved you; go in peace.”

Jesus expects us to love our enemies.

“But to you who are listening I say: Love your enemies, do good to those who hate you, bless those who curse you, pray for those who mistreat you.”

Jesus knows that forgiveness and love will make a difference.

“By this everyone will know that you are My disciples, if you love one another.”

Discuss: What impact can our love and forgiveness of others make in this world?

Pray: In light of what we’ve discussed, how can we pray for each other right now?

Since we last met, what happened as a result of expressing Christ’s love to others?

How can you, or we, express Christ’s love to others this week through forgiveness?

How to Resolve Conflict

How to Love by Faith