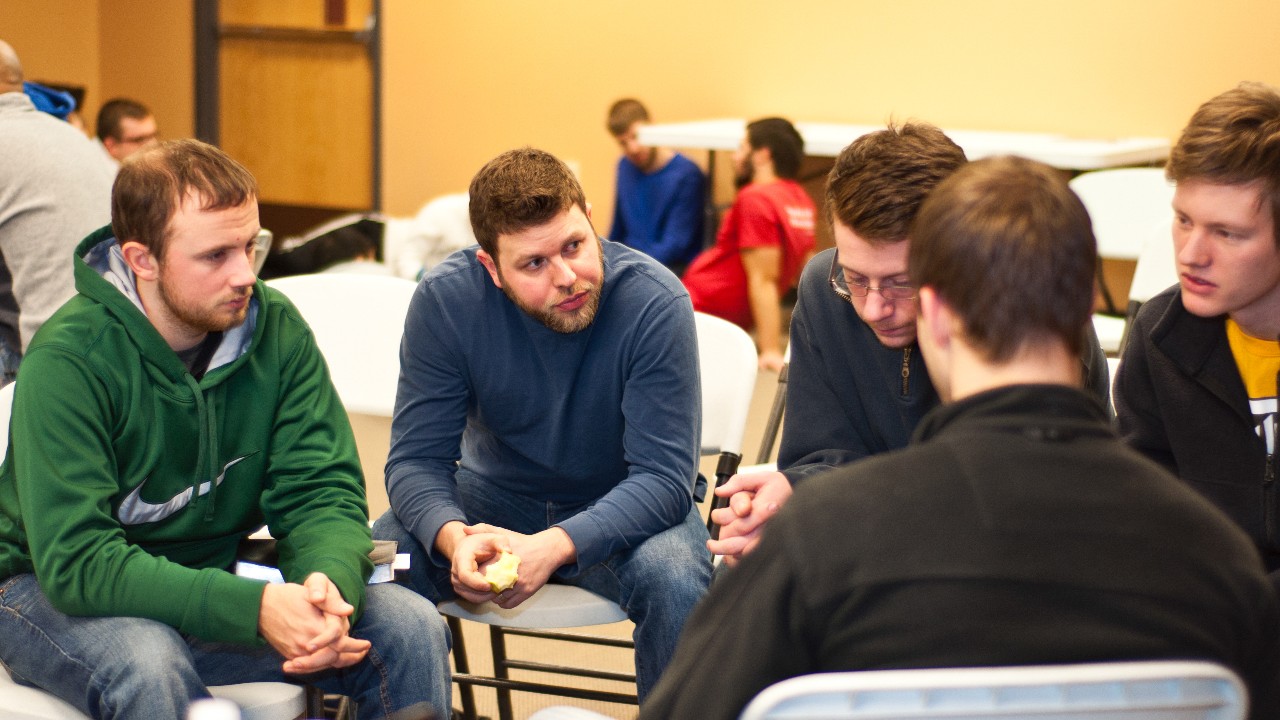 As they were gearing up for planning their men’s retreat, the staff men at Ball State (in Muncie, Indiana) met to discuss the three main areas of sin that take men “out of the game” of living lives honoring to God: pride, anger, and sexual purity.

Yet, they weren’t interested in having the same old men’s retreat: they wanted to call men to repentance not by steering them away from sin by having a stern talk. Also, they wanted the retreat to encourage connectedness and camaraderie. They set out to plan a new and refreshing kind of men’s time.

“We wanted something different where we are just open and honest about all the issues guys struggle with,” says Cody Brobst, an intern with Cru. “I felt like in the past [with men’s retreats in general], there has been this atmosphere of lots of rebuking and people go away still struggling without follow-up.”

During the Saturday men’s time event, they met in a field outside of Muncie and played games for several hours. This built relationships, camaraderie, and teamwork.

Then the campus director, Corey Schumacher, gave a vulnerable talk that included revealing some of the sin from his past and being real about what he is dealing with today.

The 45 men met in their campus Action Groups [Bible studies] for about 45 minutes. In each group, the men shared their struggles in the three main sin areas and spent time confessing, repenting, and praying for one another.

“After the men’s time, I was able to follow up with each of the guys in my group the following week to see how they were doing,” says Cody. “It was humbling to watch how deeply these men were affected through just one evening of bonding and of challenging one another to strive after holiness.”

Some of the men’s responses included finding an accountability partner for their specific struggle and being honest, open, and vulnerable with other men in a way they never have before.

“I’ve had several guys that have come up to me saying, 'You know, ever since we had that conversation on that Saturday, I have been thinking about this ,' ” explains Cody.

A few people have added him to their accountability list. Some send Cody updates if they view questionable things on their computer. Guys struggling with pride have asked him, “How can I stop caring so much about what people think of me and find my identity in Christ?”

“We certainly have not arrived,” adds Cody. “When I think about our movement and some of these issues, there is work to be done. But I think this is a really good start to potentially having a campus where we are really open and honest about these things.”

Practical Ways to Improve Your Next Men’s Time