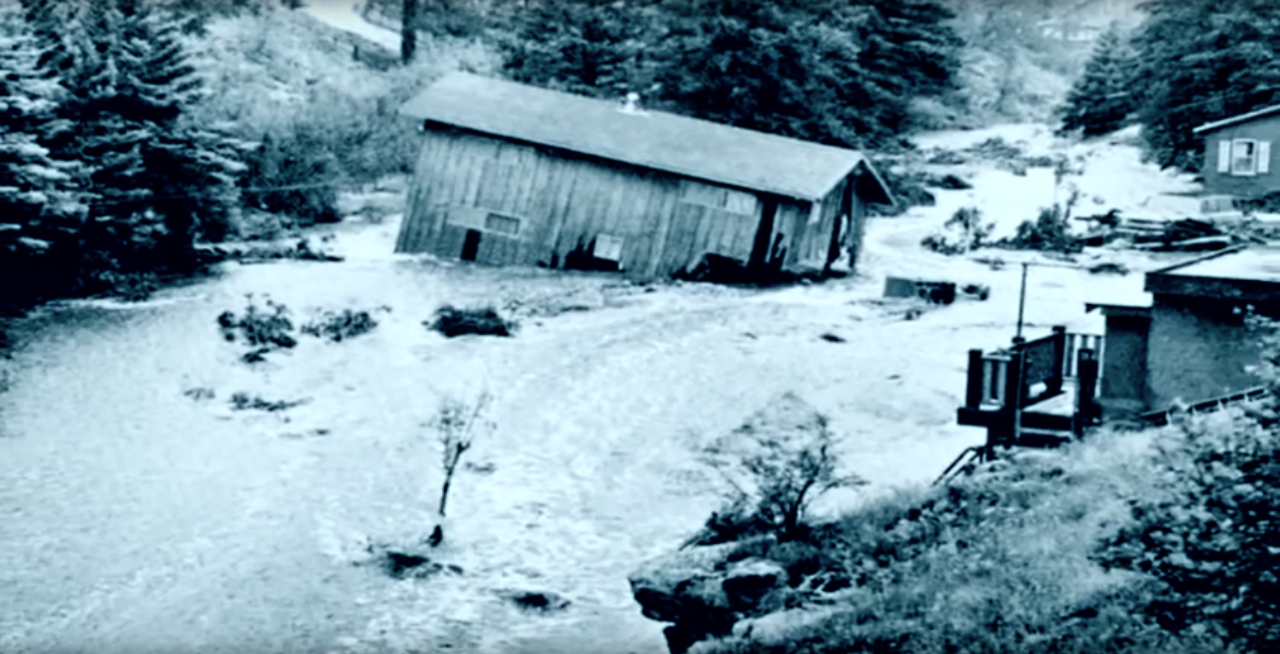 During the night of July 31, 1976, near Loveland, Colorado, the Big Thompson River flooded its banks.

High in the mountains, a powerful rainstorm dumped around 12 inches of rain in just a few hours, sending a wall of water down the canyon.

Thirty-­five women with Cru were on a leadership retreat at the Sylvan Dale Ranch, with no idea they were in any danger until they were suddenly evacuated by police.

They were told to get to higher ground, but no one was entirely sure of the best way to go. Two cars were submerged by rising water as they tried to evacuate, and seven Cru women lost their lives. Two women survived by clinging to trees until they were rescued.

It was a great tragedy, especially for those who knew them. And there have been many tragedies since then as well. What can we learn from the past about how to respond to great loss?

Ney Bailey was one of the survivors of the Big Thompson flood, after abandoning her car and climbing to higher ground until the waters subsided. The seven women who died were her friends. 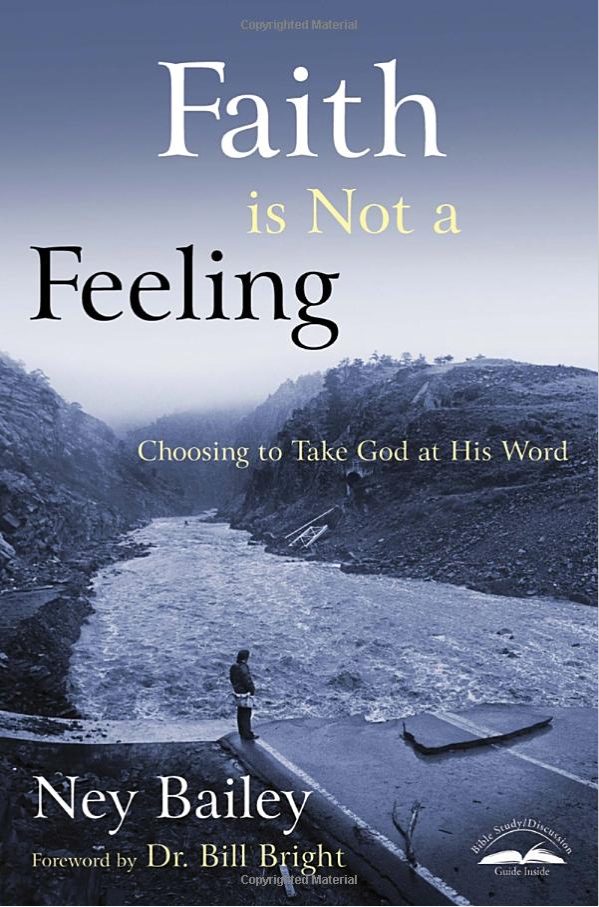 In the aftermath, she wrestled with God about faith, and eventually wrote a book called “Faith is Not a Feeling,” which is still in print today. In it, she explored how the difficult things we each face force us to decide how we will relate to God. Will we take God at His Word? Do we believe He is still in control?

“I knew I was capable of becoming bitter and cynical if I dwelt on the loss and tragedy of it all,” she writes. “Trying to answer the ‘whys’ to which there were no real answers.

“I had to choose with my will, not my feelings, to give thanks over and over again. God, in His Word, had promised that He would work all things (including this tragedy) together for good to those who love Him and are called according to His purpose.

“I was deeply aware that his was not a natural response for me, but a supernatural one, of believing God Word was truer than how I felt.”

In the same way, Bill Bright, the founder of Cru, wrestled with how to respond to this tragedy. His wife, Vonette, was one of the survivors, but for hours the night before he did not know if she had lived through it.

“But I had incredible peace because I knew that God is sovereign and ever­present,” he later wrote.

He grieved the loss of the seven staff members, and decided to make their lives count for even more.

They created full­-page ads to put in newspapers with pictures of the seven women, and explained how they lived their lives for Christ. 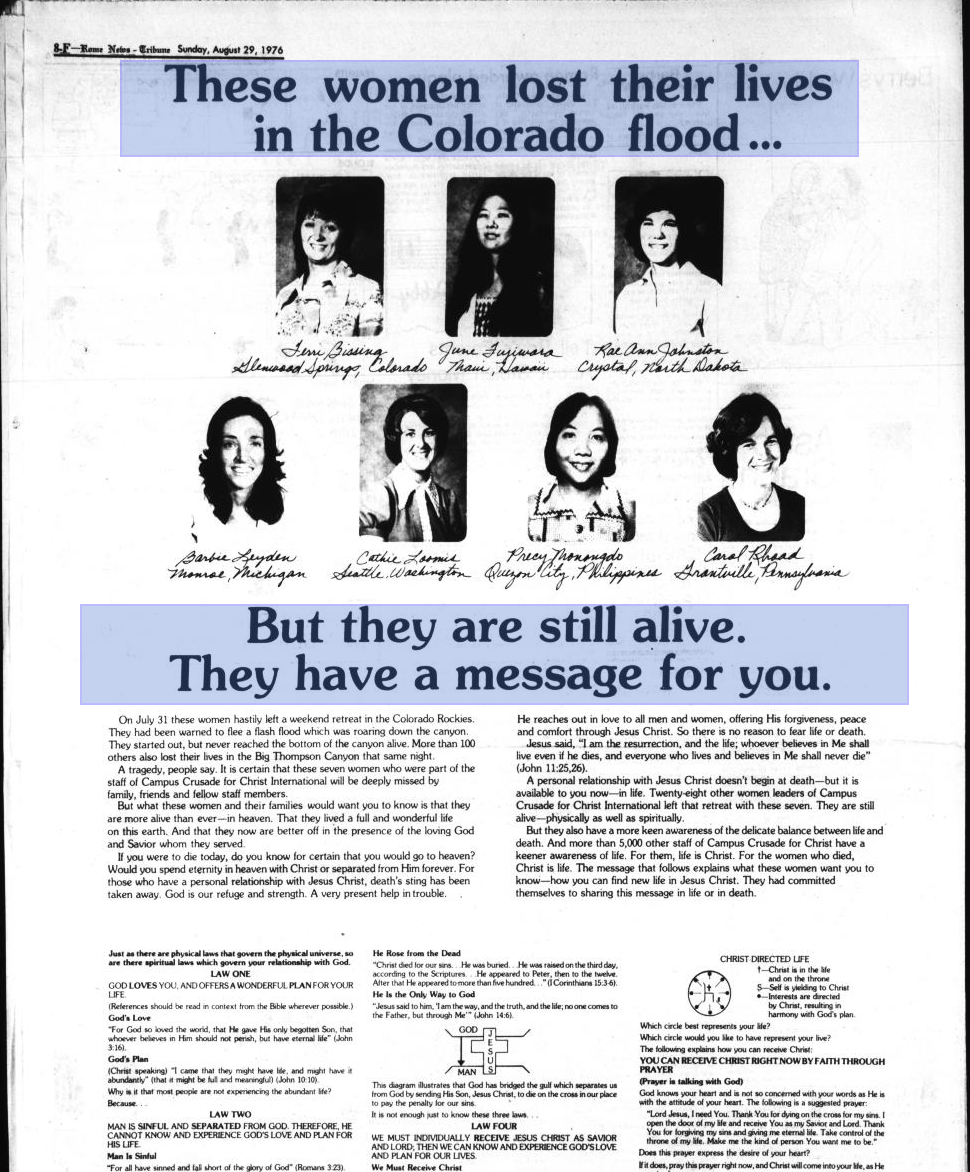 “The response was phenomenal,” Bill explained. “Thousands wrote to say that they had received Christ as a result. A foreign ambassador told us that his life was changed by the ad, and later helped open the door for ministry in his country, which had previously been closed.

“When tragedy strikes, take comfort in the fact that no difficulty will ever come into your life without God's permission. Knowing this truth does not make adversity pleasant, but it gives us hope that the result will be worth whatever pain we endure.”