How Not to Forget God's Promises 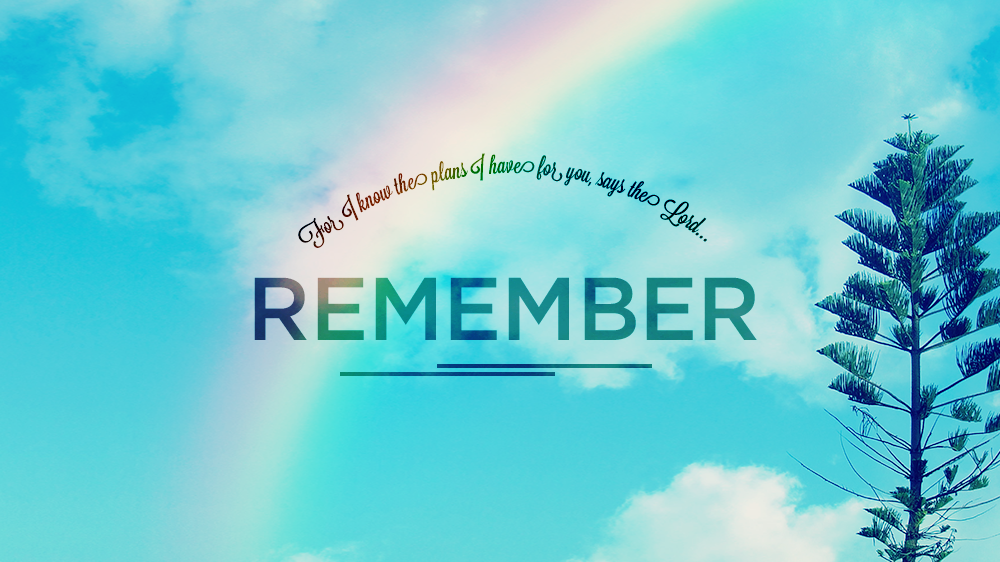 While teaching and helping out in the 2-and 3 year-olds Sunday School class at my church, I noticed that many times per class the children had “remembering” problems.

I would ask a question and the children would eagerly raise their hands and proclaim “Teacher! Teacher!” so I would pick one of them to answer the question. But then often the child would become distracted and forget what they were going to say. Their response instead became, “Oh, I forgot.”

It’s cute when it happens to young children, but it also happens to us as followers of God as well. Too often, we are distracted and oh-so-forgetful.

Because God knows this about us, He reminds us throughout Scripture to remember.

We are instructed to remember what Christ has done and who we are now “In Christ.”

The last letters of Peter and Paul both emphasize remembering.

In 2 Peter 3, he exhorts Christians to keep on growing in Christ by applying what they have heard and tells us why he wrote 2 Peter:

“This is now, beloved, the second letter I am writing to you in which I am stirring up your sincere mind by way of reminder, that you should remember the words spoken beforehand by the holy prophets and the commandment of the Lord and Savior spoken by your apostles” (2 Peter 3:1,2).

Many years ago my pastor preached on this passage, and he used a visual object lesson that I still remember. He added dry oatmeal to a glass jar filled with water and took a wooden spoon and kept stirring it up. Eventually, the water was absorbed into the oatmeal, but it took many stirrings.

2 Peter 1 describes this, as Peter uses the phrase, "stir you up by way of reminder" in verse 13 and uses the word, remind in verse 12.

“Therefore, I will always be ready to remind you of these things, even though you already know them, and have been established in the truth which is present with you. I consider it right, as long as I am in this earthly dwelling, to stir you up by way of reminder, knowing that the laying aside of my earthly dwelling is imminent, as also our Lord Jesus Christ has made clear to me. And I will also be diligent that at any time after my departure you will be able to call these things to mind” (2 Peter 1:12-15).

In the same way, the Apostle Paul challenges Timothy to take the baton of leadership and run with it. We can be reminded of what Jesus did and how the Christians in Timothy’s day are challenged to live and how we are to live today.

“Remember Jesus Christ risen from the dead, descendant of David, according to my gospel, for which I suffer hardship even to imprisonment as a criminal; but the word of God is not imprisoned. For this reason I endure all things for the sake of those who are chosen, so that they also may obtain the salvation which is in Christ Jesus and with it eternal glory. It is a trustworthy statement: For if we died with Him, we will also live with Him; If we endure, we will also reign with Him; If we deny Him, He also will deny us; If we are faithless, He remains faithful, for He cannot deny Himself. Remind them of these things, and solemnly charge them in the presence of God not to wrangle about words, which is useless and leads to the ruin of the hearers” (2 Timothy 2:8-14).

Put it into Practice

As you read through many of Paul’s letters, He starts off by telling us what Christ has done and who we now are in Christ. Then the other parts of His letters are about putting into practice how we are now supposed to be living. Ephesians and Romans are two great examples.

In Ephesians, Paul contrasts our old life and our new one:

“And you were dead in your trespasses and sins, in which you formerly walked according to the course of this world, according to the prince of the power of the air, of the spirit that is now working in the sons of disobedience.  Among them we too all formerly lived in the lusts of our flesh, indulging the desires of the flesh and of the mind, and were by nature children of wrath, even as the rest. But God being rich in mercy, because of His great love with which He loved us, even when we were dead in our transgressions, made us alive together with Christ (by grace you have been saved), and raised us up with Him, and seated us with Him in the heavenly places in Christ Jesus, so that in the ages to come He might show the surpassing riches of His grace in kindness toward us in Christ Jesus” (Ephesians 2:1-7).

When the Israelites crossed the Jordan River into the Promised Land,  God miraculously stacked up the waters in a great heap. God exhorted them to have each tribe pull a stone in the middle of the river as a tribute to God. When their sons would ask about it, they could explain how God had been faithful along their journey. (Joshua 3-4)

In the same way, Jesus told the disciples and future disciples to have communion as a reminder of who He is and what He has done.

“And when He had taken some bread and given thanks, He broke it and gave it to them, saying, “This is My body which is given for you; do this in remembrance of Me” (Luke 22:19).

What ways have you done these things in your life? Share the ways you keep remembering below.  And as you read your Bible this week, look for other verses that remind you of what Christ has done and how He wants you to live out your new life in Christ.

God is Faithful Assurance of Salvation