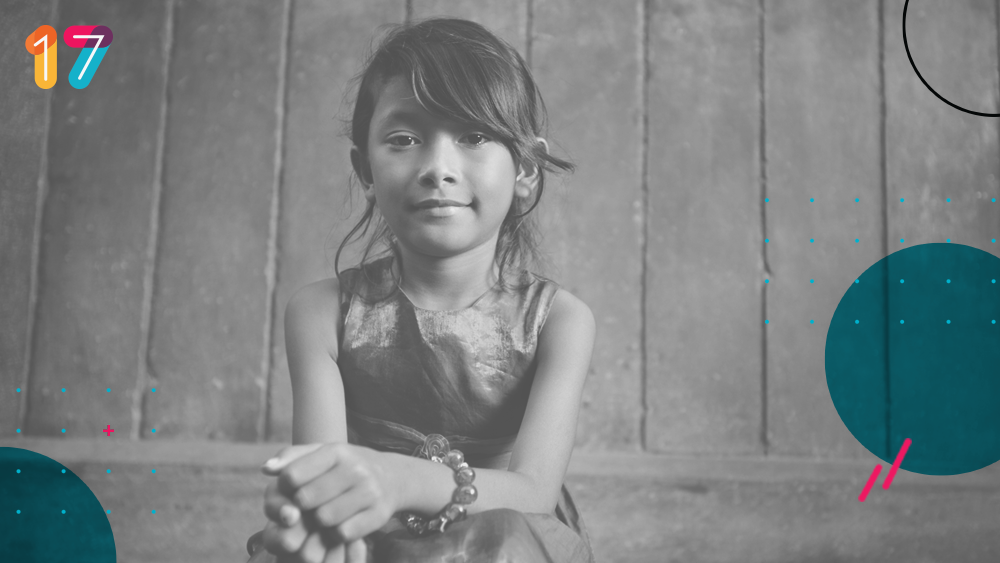 As we are riding a bus through the streets of Phnom Pen, Cambodia, I ask our bus driver, Chan, to tell me his story.

Chan tells me that the mass murder of innocent Cambodians happened “35 years, eight months and two days ago.” He says that both his father and mother passed away, and when his grandmother was not able to care for him, she took him to a Buddhist monastery where he would remain for the next 20 years.

Portrait of Meena and her young daughter, who were rescued by Tiny Hands Int’l in Nepal.

After he left the monastery, Chan’s life took a darker turn that led to nearly being trafficked as a slave in Thailand. He then became a tour guide for men who wanted to have sex with young girls. And finally, he worked as a “bouncer” in a bar full of young girls fearfully waiting to be sold for sex.

But Chan tells me that one day he encountered a very nice man who told him about Jesus. He slowly pauses as he says, “My life was changed forever.” He is not ashamed to tell others how much Jesus has changed him and how he has gone from “taking men to buy girls, to telling people about Jesus.”

Chan’s life represents the kind of transformation that my team and I pray for regularly.

Our Justice Coalition team spent a week in Cambodia preparing for our new Cru Summer Mission which would work alongside Agape International Missions (AIM). AIM is a ministry that helps rescue and restore young women who have been sold into the sex trade. They fight against what Chan once represented and work toward freedom for the oppressed. As we worked alongside this ministry, we were reminded of how the light of Christ radically changes lives, even within the dark world of human trafficking.

The seed for my involvement in partnering with anti-trafficking organizations was planted back in 2006 when I heard Gary Haugen, president of International Justice Mission (IJM), speak at my church. When he shared about the atrocities of modern day slavery, I knew that Cru could be involved somehow. So, I contacted IJM and said, “We need to work together!”

And now, 11 years later, Cru has a formal partnership with IJM, which has branched out into partnerships with other anti-trafficking organizations: Freedom 58, Tiny Hands International, Agape International Missions, 10 Thousand Windows and House of Light.

This street was once the most notorious place in Cambodia for child sex trafficking, but because of the work of IJM and AIM, that is no longer a reality.

Our partnering efforts allow us to do things like help build a training center for girls who have been rescued from slavery. Together, we want to help end slavery in the name of Christ.

Our Justice Coalition is showing up, coming alongside others in the body of Christ and believing God has much more in store.

Chan’s story is a vivid reminder that Christ continues to restore lives across the globe.

What about you? How might God use you to set people free?

Learn more on how you can help fight trafficking:

About the author: Libby Swenson is passionate about helping to end injustice while introducing students to the God of justice. She has worked at Cru for over 20 years and currently serves as Director of the Justice Coalition, an innovative partnership between Cru and IJM. In this role, she helps to coach movements on college campuses that mobilize students toward ending slavery. She and her husband, Bob, work together with the Faces of Freedom Art Exhibit in which they partner with Christian anti-trafficking organizations to raise awareness of modern day slavery.

How to Partner Like Your Ministry Depends On It