In a World So Divided, Is Unity Possible?

Does it feel like our world is more divided than ever?

You can’t scroll through Facebook or watch TV without hearing about division or conflict. Our culture is full of political conflict, racism, injustice, and many other weighty things that divide us.

Unfortunately, amid all this conflict, people rarely show respect and common courtesy to those who are different from them.

In a world like this, with people from so many different backgrounds and with so many points of view, is unity possible? Is it possible to totally disagree with someone and still experience peace with them?

Why Are We So Divided? | What’s God’s Response to Division? | What Does the Bible Say About Unity? | How Can I Pursue Unity With My Life? | The Key to Unity | One Next Step

Why Are We So Divided?

It’s easy to get overwhelmed by the constant barrage of conflict and pain in the world, but how did we get here? Maybe you believe God created a good world, but if that’s true, why are we experiencing all this division and pain?

If you started reading the Bible at the beginning, you’d see that things start out hopeful. God creates an amazing world and fills it with life. He makes people and specifically designs them to be in relationships with Him and with each other. It seems like everything is heading toward a happy ending.

Only three chapters in, everything gets ruined. The first people, Adam and Eve, are tempted to gain power and knowledge on their own terms, and they choose to rebel against God. They break their relationship with God and introduce brokenness into the world.

Unfortunately, their children don’t fare well either. Their eldest son, Cain, becomes jealous of his brother and commits the first murder. Pretty bleak stuff, and we’re only halfway through Chapter 4.

The rest of the Bible is the story of our broken world and God’s plan to heal it and reunite with His people. Over and over again, people find ways to create conflict or experience pain because of other people’s choices. Cultural division and racism are born. People continue to rebel against God, break their relationships with each other and generally make a mess of everything. 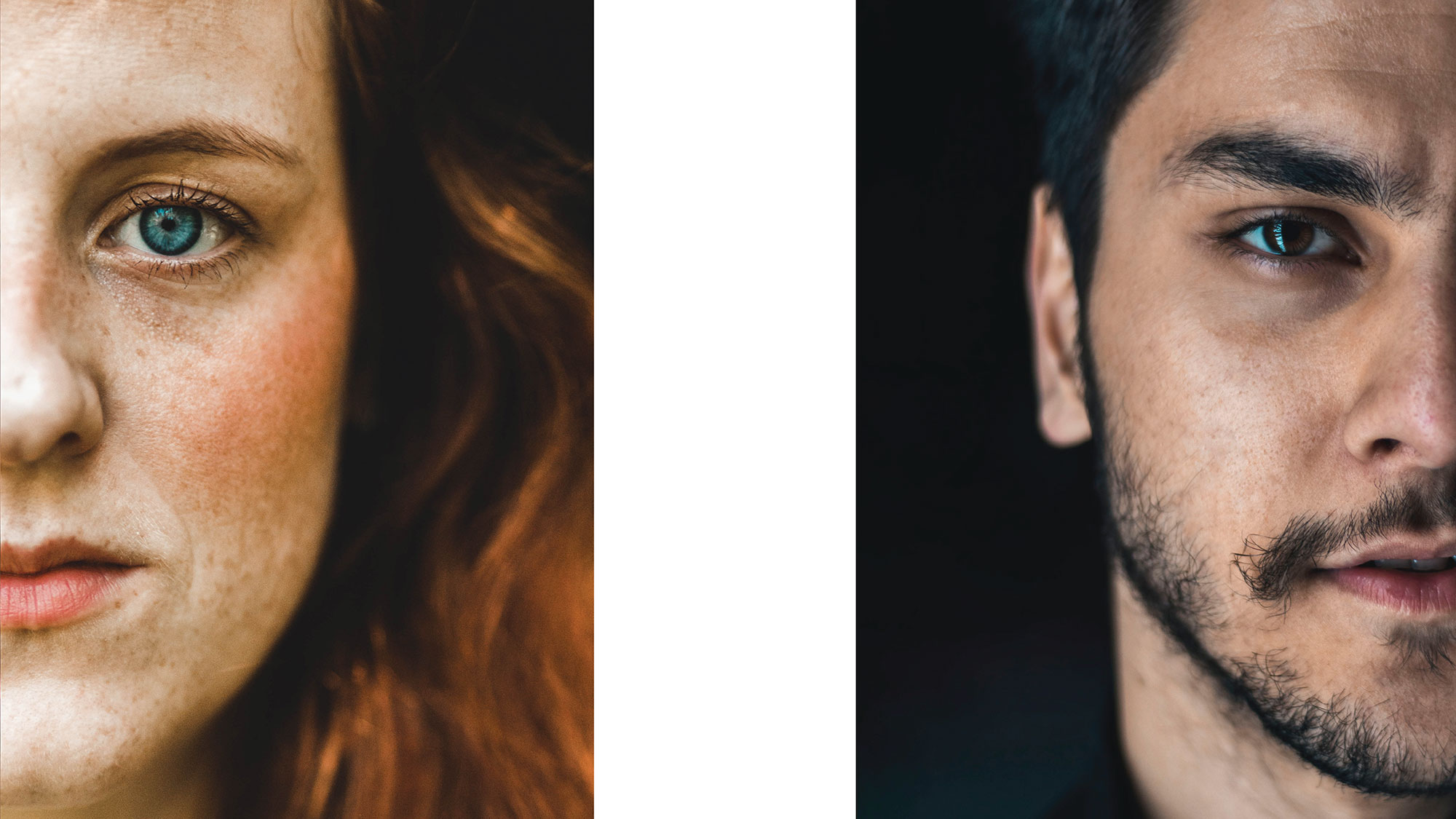 Thankfully, things are not as hopeless as they seem. Through all of this — the pain, brokenness and division — God comes toward us. All along, He has been putting into motion His long-term plan to rescue us from ourselves and our broken, divided world.

In the Old Testament, God’s people performed rituals and sacrifices to keep themselves pure and find peace with God. While this system allowed God’s people to approach Him blamelessly, it wasn’t perfect. The system couldn’t take away their imperfections permanently, their hearts weren’t changed, and people had to keep performing sacrifices year after year. And when some people chose not to follow God’s ways, they lived in conflict with God and their community.

This is God’s heart for you. And it is possible to have peace with God and seek peace with others through Jesus. Even so, there is still much division between people, and even — sometimes it seems especially — between people who follow God. So how do we find and experience unity?

What Does the Bible Say About Unity? 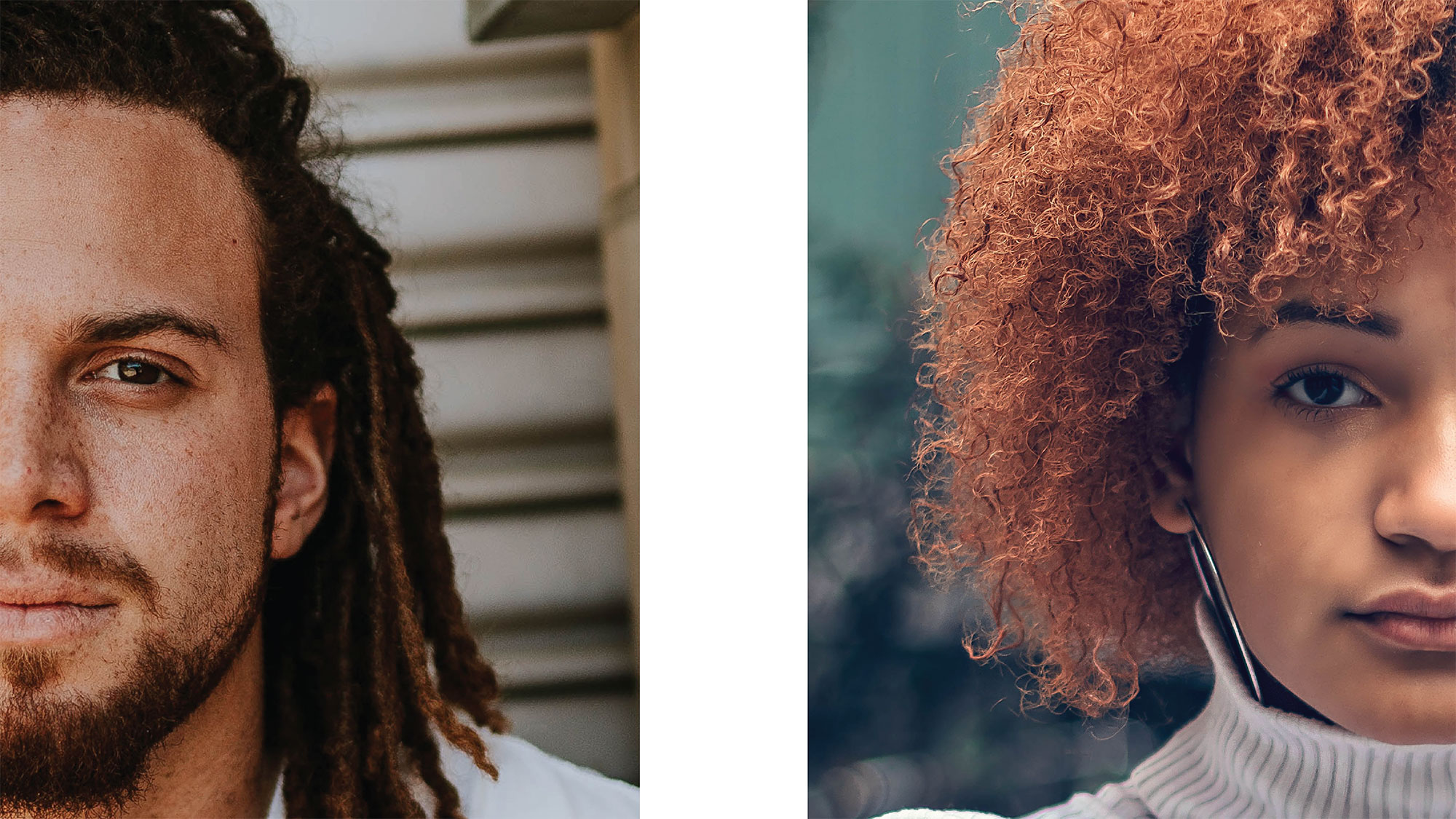 Romans 12:16 (New International Version): Live in harmony with one another. Do not be proud, but be willing to associate with people of low position. Do not be conceited.

Colossians 3:13-14 (NIV): Bear with each other and forgive one another if any of you has a grievance against someone. Forgive as the Lord forgave you. And over all these virtues put on love, which binds them all together in perfect unity.

1 Peter 3:8 (New Living Translation): Finally, all of you should be of one mind. Sympathize with each other. Love each other as brothers and sisters. Be tenderhearted, and keep a humble attitude.

1 Corinthians 1:10 (NLT): I appeal to you, dear brothers and sisters ... to live in harmony with each other. Let there be no divisions in the church. Rather, be of one mind, united in thought and purpose.

These are only a few of the many things the Bible says about the topic of unity. But the unity described here — and in many other places in Scripture — doesn’t imply that everyone needs to dress alike, enjoy the same movies or vote for the same candidates.

Unity in the Bible often looks like people who are different from each other being intent on one purpose. They love one another, work together, and can be deep-spirited friends because their unity is rooted in God’s unchanging and perfect character.

But if you’re going to be rooted in God’s character or forgive someone like Christ forgave you, you need to know God and experience Jesus’ forgiveness for yourself. To live out that kind of unity isn’t about following a list of rules or trying harder; it’s about being changed by and learning from Jesus so that you can love others well.

The radical forgiveness Jesus offers is a model of the grace those who follow Him must offer to others (Colossians 3:13-14). Even more than reflecting God’s love to your friends, you can reflect that love to the rest of the world — even people you disagree with. This radical forgiveness even calls Jesus’ followers to move toward those they consider enemies with love and forgiveness.

Ultimately, unity — particularly among Christians — is about looking beyond everything that separates us and looking to the One who made peace with God and each other possible: Jesus.

When it comes to unity with those who come from different faiths or no faith at all, God calls the people who follow Him to — as much as it is up to them — live at peace with everyone (Romans 12:17 - 19) and to love their neighbors as they love themselves (Mark 12:31).

How Can I Pursue Unity With My Life? 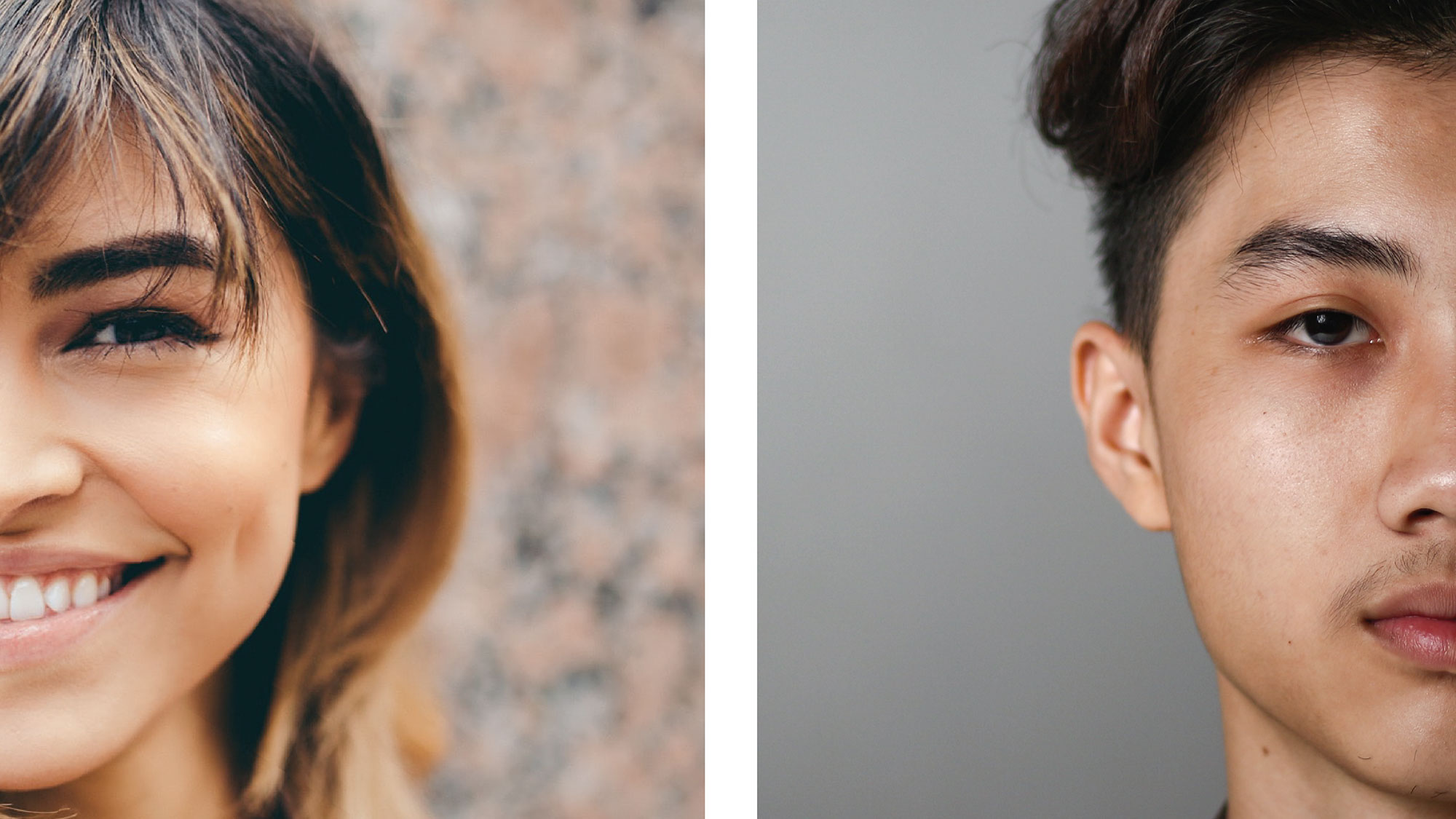 Unity begins and ends with God, but people who choose to follow Him have a part to play in turning what is possible into reality.

Paul, a leader in the early church, wrote a letter to help people know how they could pursue unity with each other and in their community. Here’s what he said:

“Don’t be selfish; don’t try to impress others. Be humble, thinking of others as better than yourselves. Don’t look out only for your own interests, but take an interest in others, too. You must have the same attitude that Christ Jesus had.” (Philippians 2:2-5, NLT)

Think about how different your life and community could be if you chased hard after Paul’s advice by setting yourself aside and putting others first. If you thought about what your friend, spouse or co-worker needed and then acted on it. If you took an interest in the well-being of your whole community, not just your own group of friends.

Imagine the change it could have in the division inside the church, in taking a step toward healing racism in America. When you live focused on others, it honors God and it stands out. It brings people together and shows the world something different about what is possible for those who encounter and follow Christ.

The Key to Unity 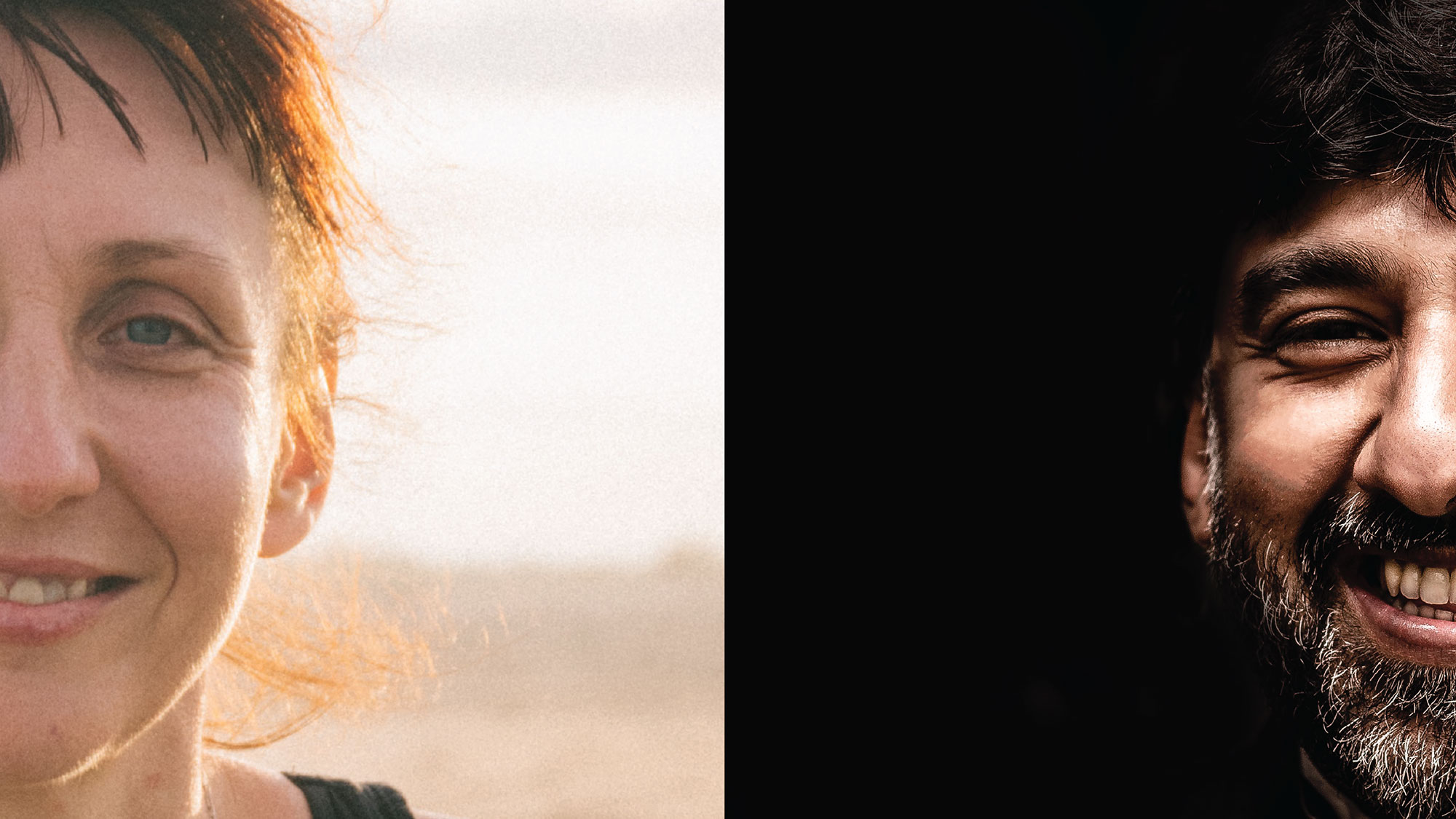 The key to pursuing unity is found in the last sentence of Philippians 2:5 (NLT): “You must have the same attitude that Christ Jesus had.” If you keep reading in Paul’s letter, you’ll learn that Jesus gave up His privileges when He became human. He took the humble position of a servant and was obedient to God the Father. He died a criminal’s death on a cross. His was a life of sacrificial love. It was a life intent on one purpose: bringing honor and glory to God.

Be intent on the same purpose as Jesus: bringing honor and glory to God. Give up your privilege. Put others first. Love sacrificially. Jesus is your example, and He is the One who gives you the power to be like Him.

The key to unity is found in encountering the radical peace and forgiveness of Jesus, but everyone is at a different place in this journey.

Read the three descriptions below to see which best fits you. Consider signing up for the five-part email series available to help you take your next steps toward experiencing and living out the radical love and forgiveness of Jesus:

An issue has occurred. Please try again or contact website administrator.
Thank you! You have successfully subscribed.

If none of the descriptions above fit where you are at on your journey toward peace and unity, feel free to comment below. What are your reactions to this idea of pursuing peace and unity through experiencing the love and forgiveness of Jesus?