Does being a good Thai mean being a Buddhist? 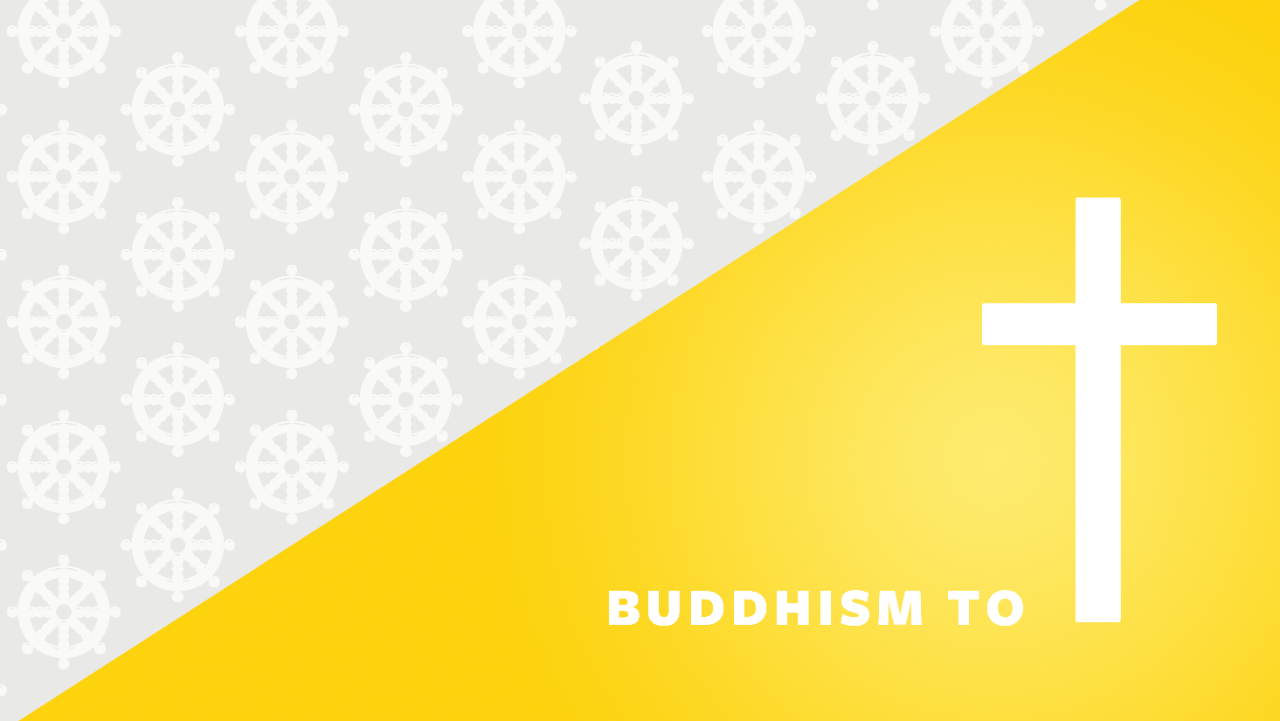 Nok Suksai and her friends made a pact.

Nok, Blaa and Chew met some American friends at their university in Bangkok, Thailand. They all spent time together nearly every day. So the Americans, who were missionaries, eventually invited the students on a Christian retreat. "I was impressed by their love," says Nok.

The three Asians – all Buddhist – had decided to go only to tune up their English and spend more time with the Americans. But all three of them also made a deal with each other not to absorb the faith of their foreign friends. This was especially important to Nok, a college sophomore and die-hard Buddhist. Being Buddhist went back farther than her memory.

Ever since she was a little girl growing up in Singburi, Thailand, home of the famous 151-foot-long Reclining Buddha statue, Nok accompanied her grandparents and parents to the temples several times a week. There she prayed to her deceased ancestors and bowed down to Buddhist idols.

Nok, whose name means bird, memorized chants and offered food to the monks. She believed what her parents, grandparents and teachers always proclaimed: to be a good Thai, she must be loyal to her king, country and the religion of her land – Buddhism.

Presently, there are over 300,000 Buddhists in the U.S. While there are some basic tenets passed on from the Buddha that all 365 million followers worldwide subscribe to, Buddhism varies from region to region and is often a blend of worldviews and cultural practices.

A prince from India, Siddhartha Gautama, founded the religion in about 500 B.C. His followers named him Buddha, which means enlightened one.

Buddhists do not acknowledge a personal creator-God. Adherents believe that in order to reach ultimate enlightenment and peace, known as nirvana, they must overcome desire, deny themselves pleasure and endure suffering. Until nirvana is reached, believers cannot be freed from the continual cycle of death and rebirth.

As expected, when Nok went to the camp, the Americans talked more about their faith in a personal God. They also showed JESUS, a film based on the Gospel of Luke, all about His life, death and resurrection.

"It was the first time in my life that I saw Jesus' life," says Nok.

As she watched the soldiers pound Him to a cross, a tear escaped her eyes; soon a steady stream rolled down her cheeks.

"When I saw Jesus die on the cross, and die for me, I thought nobody else could do that for me and sacrifice for me," Nok explains. "Jesus is different than the Buddhist gods because they help themselves get to nirvana, but they don't help others."

In her religion, the Buddha claimed that he had grasped the self-knowledge necessary to break free from the reincarnation cycle, thus achieving nirvana. He said he could not save people, but only point them in the direction to save themselves. Hence, Nok was used to people having to endure suffering in order to reach nirvana.

But Jesus was different. She took notice when He claimed that He would save people through the suffering He endured. She understood the comparison in a metaphor: "If I were sailing on a boat that tipped over in the ocean, and started drowning," she says, "a Buddhist god would offer me a how-to book on swimming. But Jesus would come over to me, give me His hand and say, 'Trust Me.'"

By the time the film ended, Nok chose to entrust her life into Jesus' hands, and asked Christ to be her Savior. Chew made a similar decision at the camp. However, Blaa remained loyal to their agreement for two weeks before she, too, surrendered her life to Christ.

Nok faced a difficult challenge in pursuing Christianity on a continent where Buddhism dominates.

"Nok was impressed by Christ, wanted Him, but was afraid of how her family would feel," recalls Dana Ball, who was one of the American missionaries Nok befriended. "She felt like if she chose to follow Christ, she'd be letting her family down. I was afraid that the family pressure would be too much."

Clearly, the jump from Buddhism to Christianity is wide: Buddhism offers no belief in the concept of sin. There is no heaven or hell. And Buddhists believe that all desire is bad. Yet Jesus wants a personal relationship with us, an indication of desire on His part. For some, this is an immediate roadblock.

However, the Buddha never claimed to be God or claimed divinity. Jesus did. Believing that Jesus is indeed whom He says, the Buddhist must choose to disregard Buddha's teachings, surrendering instead to a Savior. Christ requires exclusivity, refusing to be worshipped in conjunction with a myriad of idols.

The more Nok learned about Jesus, the more she fell in love with Him. She told her family: No more temples. No more idols. Only a personal God who knows her, loves her and suffered for her.

Now the 27-year-old works at an international Christian school in Bangkok and sings on the worship team at her Christian church.

All three of the young friends reneged on their summer pact and entered into a lasting covenant with the God of the universe. They have no regrets.