Was Gaining God Worth Losing My Family?

Australian student stands for her faith, with consequences. 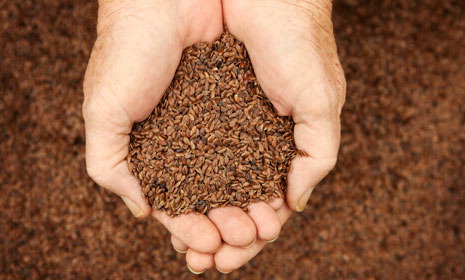 “So are you saying your God is more important than your mother?”

Anne (name changed for security) just stared at her father, afraid to answer his loaded question.

Anyone who meets Anne for the first time will be impressed by her warm smile and her gentle sweetness. When her family moved to Australia, Anne met a classmate whom she describes as a “sold out” Christian – someone who was always talking about Jesus and her faith. Anne’s spiritual journey began with discussions with this new friend.

One day her friend began to explain why Jesus had to die for Anne and what it meant for her to have a relationship with God. After a long talk, Anne got on her knees and prayed to receive Christ.

The Idol of Success

When Anne told her culturally Buddhist parents that she had become a Christian, they became upset, afraid she would waste too much time in church or reading the Bible. They thought she was involved in a cult that would brainwash her.

They forbade Anne from attending church and reading the Bible at home, so her spiritual growth had a slow start. Moreover, her priority at the time was pursuing academic success by studying hard.

“In my culture there is a lot of emphasis on doing well. My parents taught me to be successful,” reflects Anne.

Success had become an idol for her.

However, at her university, Anne became involved in Cru’s campus ministry. That connection renewed her faith.

Anne says, “God could have given me 100 percent for my grades, but He was giving me a changed heart instead. [School] isn’t all about studying. It’s also about discovering who you are. For me it’s developing my identity as God’s daughter, and that’s what my journey still is.”

Anne started to live out her faith more publicly, and her parents noticed a change in her academically. She wasn't getting bad grades, but she wasn't as passionate about her studies.

Anne’s parents thought that she seemed distracted by her new faith. The tension increased at home until it all exploded during the week leading up to Mother’s Day.

While the family was eating, her mother asked what they were planning for her on Sunday. Anne replied, “Oh, do you think we could [celebrate] on Saturday instead? I have something going on at church.”

Is God More Important than Your Family?

Suddenly, the atmosphere around the table changed. Anne’s father remarked, “So are you saying your God is more important than your mother?”

Anne explains, “I thought, ‘Oh dear! It’s true, but I wouldn’t say it that way.’ I didn’t know how to word it so I could still honor Mom. I kept quiet, trying to think of the right answer.”

Enraged, her father continued: “Mother’s Day is when you show you’re grateful to your mother. She gave birth to you and put food on the table, but you just chase after this Jesus guy.”

To avoid escalating the conflict, Anne went to her room to collect herself and pray. She also texted her Christian friends for prayer support.

“I knew Dad was really angry, but I thought he might calm down,” Anne says. “Instead, he entered my room and said: ‘You know what? You don’t have any parents. To you we are dead. You ungrateful daughter. You can just go!’”

Two friends from Cru took her in. Their home became a refuge and a place for healing; Anne learned a lot from the women. Her time with them helped her to reflect deeply on her relationship with Jesus.

It seemed Anne’s parents also had time to reflect while she was away.

About seven months later, she returned home and noticed a softer attitude from her parents. God was answering prayer. They finally acknowledged Anne was an adult with the maturity to make her own decisions.

Eventually, Anne wrote a letter to her father expressing her thoughts about the disagreement and apologizing: “I love you, and God loves you even more. This is not how God wants it to be between us, because we’re father and daughter.”

Anne struggled with the pain of the rejection she had experienced, but over time and with God’s grace, she was able to let go and forgive her father unreservedly.

Jesus is Worth It

For Anne, being a Christ-follower comes with sacrifices.

“Jesus is worth fighting for,” she says. “Even if I have to be disowned ten billion times, I will do it. I just want to cling to Jesus. He promised us a hundred times [as much blessing] if we have to leave our family.”

In Matthew 19:29, Jesus says, “Everyone who has left houses or brothers or sisters or father or mother or wife or children or fields for My sake will receive a hundred times as much and will inherit eternal life” (New International Version).

Anne’s family still struggles to accept her new faith in Christ. Like many whose families resist the message of Christ, she continues to share her faith openly in spite of great personal cost.