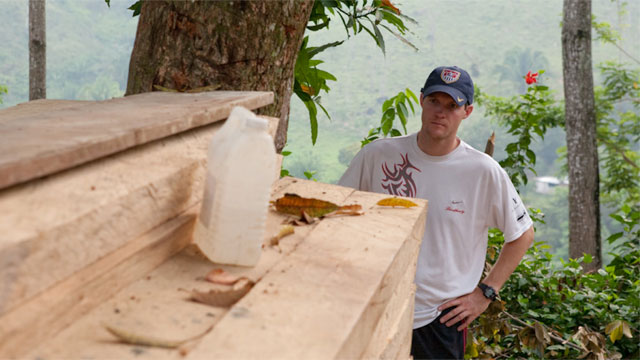 Chris Haughey spent a year with Cru in Mexico City after he graduated from Stanford University. At the end of that year, because of his love for the people of Central America and his love of business, he began to consider how he could use business to change lives.

He began working for a prestigious consulting firm, and during a business trip in Honduras, he met missionaries who were struggling to make ends meet.

That’s when he had the idea to create a business that would provide sustainable income so they could continue to minister effectively.

Shortly after, he met some German missionaries who mentioned how they love European-style wooden toys for their kids because they don’t break and are great for a child’s creative development. Chris looked into the possibility of a wooden toy business and learned there was a place in the market for this type of toy in America. After discovering the possibility of this new business he left his consulting job and began the design concepts for the new company.

He and his team observed a kindergarten classroom, then came up with unique concepts and introduced them to the playtime to see what would work. They learned that stacking blocks with strong magnets were a hit because they allow for connections and a style of building that normal blocks don’t. They had found their product!

His company is named Tegu and based in Tegucigalpa, Honduras. It not only produces great magnetic blocks, their factory is also changing the lives of people in one of the poorest nations in the world. By paying employees a living wage and prioritizing long-term career growth and development, Tegu is bringing world-class career development to Central America. They say, “It’s not a handout – it’s a helping hand.”

Chris is not only seeing lives changed economically, but spiritually. Karla was one of the company’s first employees. She came from a low-income family and had spent her life trying to make ends meet. The joy of Karla’s new job was quickly overshadowed when she suffered several painful losses in her life. Karla’s production manager became a close friend during this time, and she showed Christ’s love to Karla. The two had many opportunities to talk about the Lord during this difficult time.

As a result of these conversations, Karla placed her faith in Christ. Now her life is markedly different. She is much more confident, has taken the challenge of leadership, and now manages 40 people. Karla has seen tremendous growth both personally and spiritually since she came to faith, she has even enrolled in college and is studying to become an engineer.

Chris and his employees at Tegu are truly changing lives everyday with the love of Christ.

Watch the story of Tegu.

You don’t have to move to another country and start a business like Chris. You can start changing lives today by taking some steps of faith.

Instead of putting their feet up, they asked, “Ok, Lord, what’s our next assignment?”