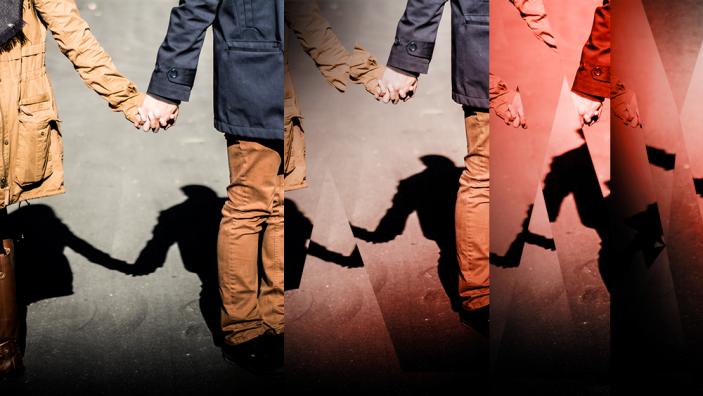 David Scott pulled his car over to the side in the middle of the bridge.

He came to a rolling stop. Can I do it? he wondered. Can I jump?

Consumed by lust, he was cheating on his bride of less than 18 months. He was having an affair with a woman he hardly knew. He was also spending time with people who were dabbling with drugs and alcohol.

As he sat two feet from the railing of the bridge connecting sister cities, haunting thoughts ricocheted back and forth in his head:

Nobody will take you back. Your parents will never accept you again. Look at how you've shamed them. Kim's dad trusted you when he gave her away on your wedding day. How can you face Kim, knowing the poor decisions you've made?

Was there any way of escape? He looked at the swirling water below and wished that he could just end it all.

He believed in God but thought, Nothing can save me.

He had every intention of taking his life that night, but he just couldn't do it.

David turned the ignition key and made the painful drive home, knowing that he would have to tell Kim the truth.

When Kim and David were married, she expected a marriage like the one her parents had. Her mom and dad were best friends. They talked respectfully to each other when they disagreed. Because of her parents' devotion to one another, she assumed that marriage would be easy. And David and she had even gone through premarital counseling with the pastor before they married.

David didn't have any expectations when he married Kim. He just wanted it to last longer than his parents' marriage did – seven years.

The relationship quickly began to follow a familiar cycle. They would enjoy great communication and intimacy, and then they would have an argument.

"We would give each other the silent treatment," David says, "and it would last for days ... and sometimes weeks." Over and over again David replayed words Kim had uttered in anger.

Kim, who was going to college, thought that her young marriage to David was typical. Sure, they had some communication problems, but they went to church together and both professed to be Christians.

Soon after his near-suicide attempt, David returned home one evening and announced he was going to leave. "I told Kim that I didn't want to have anything to do with her or our marriage," he says. "I just really wanted to end it. I wanted to be in this other relationship."

"I was crying and in shock," Kim says.

David moved out and the next time Kim saw him was when they met at the courthouse to file the divorce papers. They discovered a paper was missing, and they didn't file for divorce that day. And then, instead of continuing with the divorce proceedings, David started visiting his wife at the apartment. "We talked a lot," Kim says, "and he shared more of what he was feeling."

David ended the affair. Kim forgave him. They gave their marriage another try.

Click the Next button below to read on for Part 2.