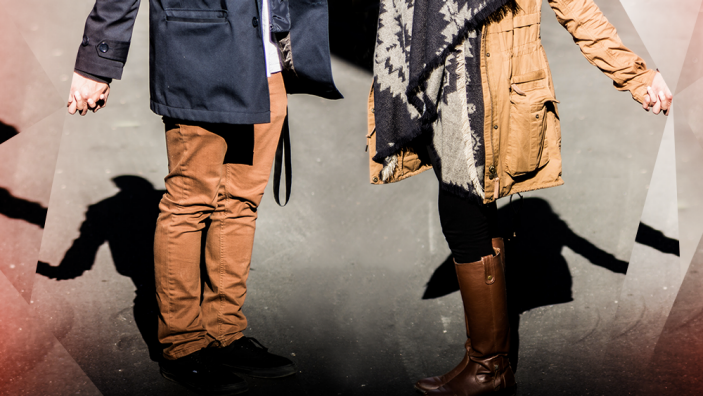 A month or so after Kim and David separated for the second time, Kim's mother heard a radio advertisement for a Weekend to Remember® marriage getaway. The ad promised help for struggling marriages, so she offered to send David and Kim to it.

At first David said he didn't want to attend the conference. Divorce papers had already been completed. He just wasn't interested.

Kim had an ultrasound and learned that she would have a little girl. After showing her husband the ultrasound pictures, she again asked if he would attend the marriage conference. He agreed to give it a try.

At the conference, "the walls came down" for David. He had allowed pent-up resentment to form a barrier between himself and his wife. "I didn't understand a lot of what God's purpose was for my life," he says, "and I definitely couldn't understand what His love meant." When the speakers discussed the difference that Christ can make, "for the first time I decided to trust Jesus with my life and marriage."

On the Saturday night of the conference weekend, David called Kim's parents and apologized for the poor decisions he had made and for what he had put them through. As he talked, Kim thought about how much she did not want to be a single mom. "I wanted our daughter to have her dad," she says. "And I wanted to be with him."

After the life-changing weekend, the tough work of marriage rebuilding began. Kim had to learn to trust David, and that was extremely difficult. "I told him for this [marriage] to really work, I was going to need to see that he wanted to change and that we weren't going to go through this every year."

Kim needed reassurance that David truly wanted to be married to her. Before the conference he would generally work late whenever asked to. Afterwards, that started to change. He showed his wife that spending time with her was a priority.

Kim and David joined a church where they both grew spiritually and connected with other believers. As David got to know the men in his small group, he realized that many of his struggles (such as pornography and lust) were very common.

When their child was born, David and Kim were more committed than ever to make their marriage work. They continued to apply the principles they learned at the Weekend to Remember. David realized that he is supposed to come alongside his wife "in the better days and the worse days, like we said in our marriage vows," and that Kim is his helpmate during both good and bad times.

Describing herself as an emotional person, Kim says the Weekend to Remember was an eye-opener. She realized her need to share feelings without using accusatory statements. "I remember being able to talk with each other more," she says. At the end of the conference, the young couple signed a marriage covenant that was witnessed by one of the speakers. Kim felt that David was truly committed to rebuilding their marriage for the long haul.

Several months later they renewed their wedding vows with new rings. This time, when Kim pledged her commitment, she had experienced loving her husband for better and for worse. When David promised his lifelong faithfulness to his wife, he really meant it.

Click the Next button below to read on for the conclusion in Part 4.