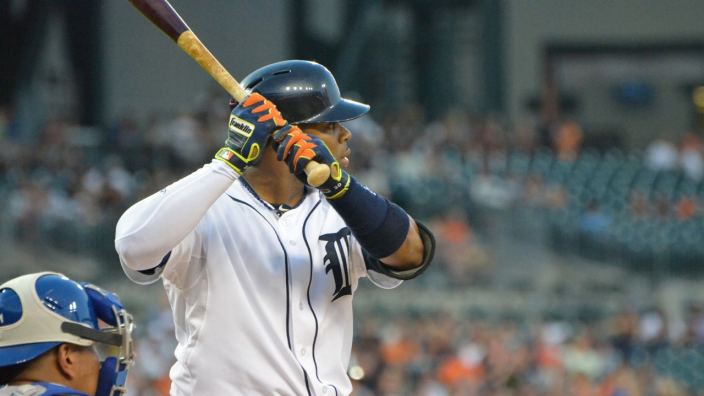 Detroit outfielder Rajai Davis was the 1,134th player drafted overall in the 2001 MLB draft; not a very hopeful place to start from if you want to play in the big leagues.

Davis, who played ball at the U. of Connecticut, was picked up by the Pittsburgh Pirates in the 38th round. From the outset, things were difficult for Davis, which led him to turn to God.

When Davis began developing his relationship with God, his whole life began to take on a new look, including his baseball career.

Born in Norwich, Connecticut, Davis grew up going to church, but for him it was nothing more than a ritual.

“My mom took me to church, her parents went to church,” he says. “Going to church was something that we all did, it was tradition.

“In 2002, I got to my brink. I wasn’t playing, I wasn’t on the track that I wanted to be on, so I started reading the Bible in the morning time, I prayed before I’d get up to bat, I’d read the [Bible] at night.”

This became a part of Davis’ daily life, which began to change him.

“It became something that I looked forward to doing,” he says. “I would gain strength in just listening to the Word, and then I would apply that word to the field, and I would believe that God was going to work through me.”

Learn more about knowing and experiencing a personal relationship with God, like Rajai Davis.

Davis played six minor league seasons before making his debut in 2006 with the Pirates. He says that it’s hard to remain encouraged in the major leagues, especially with all the changes that go on.

“(Baseball) is a tough business,” says Davis, now a key player for the Tigers. “It’s a ‘What have you done for me lately?’ business, it’s ‘What are you doing for me now?’ So to take that into perspective, but still be encouraged is very difficult at this level.”

Davis has experienced the business aspect of the league first hand, having changed teams several times. The Detroit Tigers are his fifth team in his nine-year major league career. He began in Pittsburgh, and then was traded to the San Francisco Giants in 2007. The next year, he moved across the Bay and joined the Oakland Athletics, where he played for three years.

After the 2010 season, the Athletics traded him to the Toronto Blue Jays, where he spent the next three years. In 2014, Davis took his talents to the Motor City, where he plays as a starting outfielder. This season, he stole more bases (36) than the entire Detroit team did last season.

Davis recognizes the importance of staying grounded in his faith, especially in the major leagues.

“It’s difficult because your ego tends to get in the way,” he says. “What I do is I try to surround myself with the right people so that they might influence my spirituality more than my faults, my failures.”

Detroit right fielder and five-time All-Star, Torii Hunter, has been one of those “right people” in Davis’ life.

“He has spent years perfecting his craft at the major league level,” Davis says. “So his words of encouragement are well-received by me.”

Spending time with positive influences, as well as frequently reading the Bible, has helped Davis in his journey through life.

“I believe that my faith in Christ [is] going to help strengthen me,” he says, “and all things [are] going to work together for my good because I love Him.”

Watch a video of Rajai and read more about him.

"I had doubts and was always questioning"