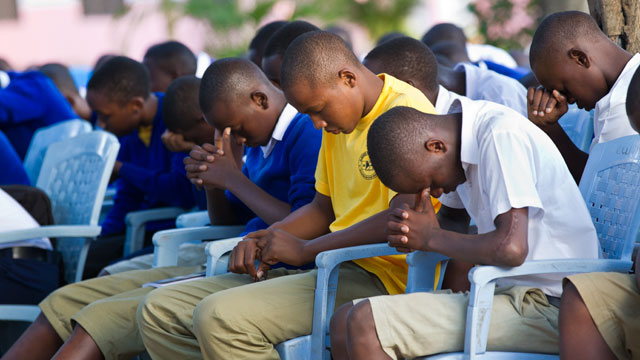 Prayer leaps beyond our finite world.

Shaped by God’s very nature, it deals with the Creator, and launches people into the vast arena of God Himself.

Prayer can be pictured as a cosmic circle engaging four major participants. At the zenith is God the Father, to whom prayer is rightly directed. Three intercessors engage in the action.

The first intercessor, at a “three o’clock position,” is God, the Holy Spirit, who does not articulate His passionate longings, but uses human intercessors to do it. (See verse 27.) 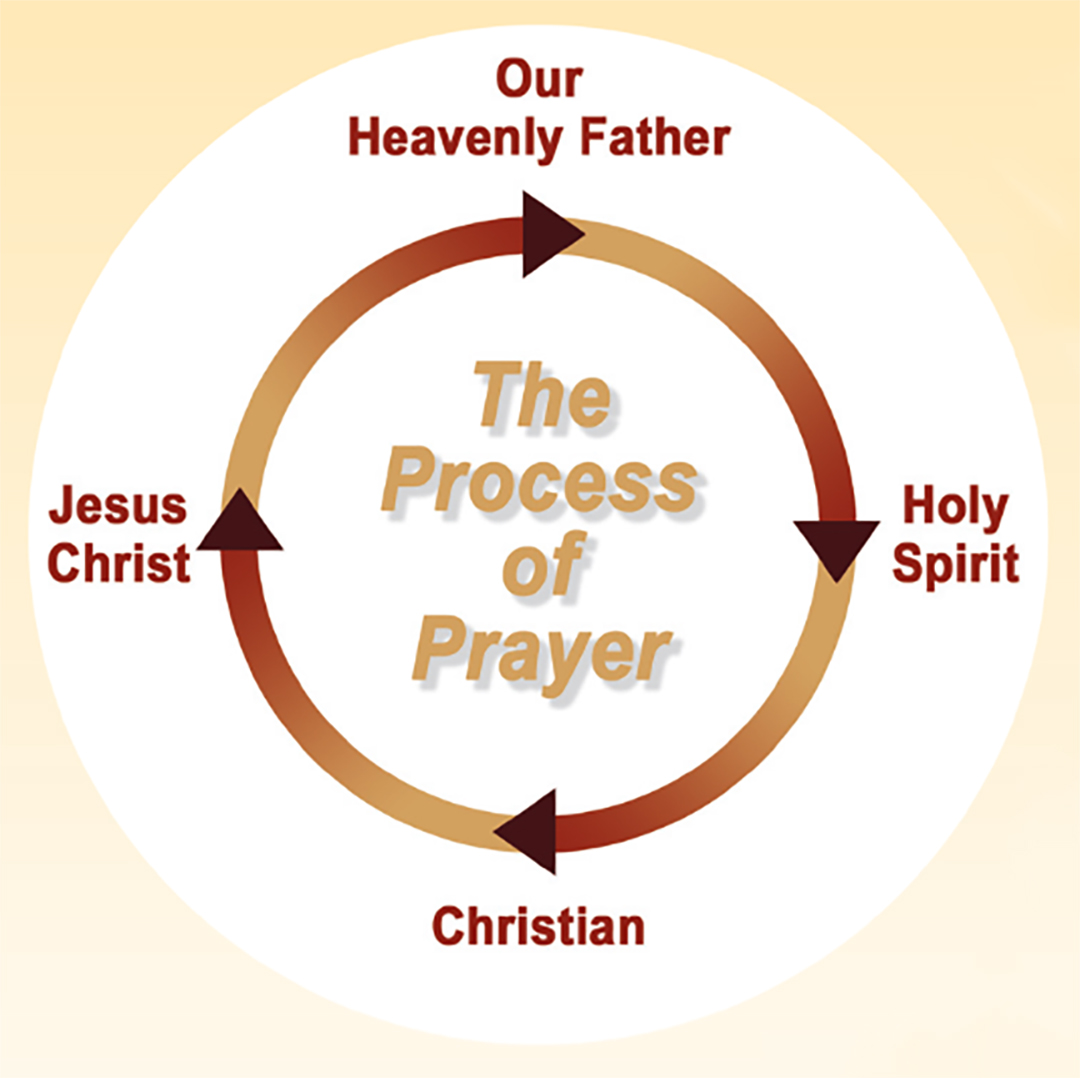 The second intecessor, at a lowly “six o’clock position,” is the praying Christian who needs to improve in prayer.

The third intercessor, at “nine o’clock,” is Christ Jesus, identified in Revelation 2:18, 23 as the Person in the Godhead who searches human minds and hearts. He prays for prayers He receives from His people.

A dramatic scenario unfolds here: God the Holy Spirit continually receives the Father’s purposes and craves their fulfillment. He expresses these groanings within praying Christians as cares, burdens, and even anxieties.

God, the heart-searching Son, receives those yearnings through His praying disciples. He perfects and empowers them; presents them back to the Father; gets them answered (John 14:13); and thus completes the circuit of God’s action in the world!

Four conclusions stand out in this panorama:

For many years and in many places, the rich baritone voice of Ben A. Jennings, Th.B., D.D., has been encouraging followers of Christ to revel in God’s Wonderful Plan for Prayer.