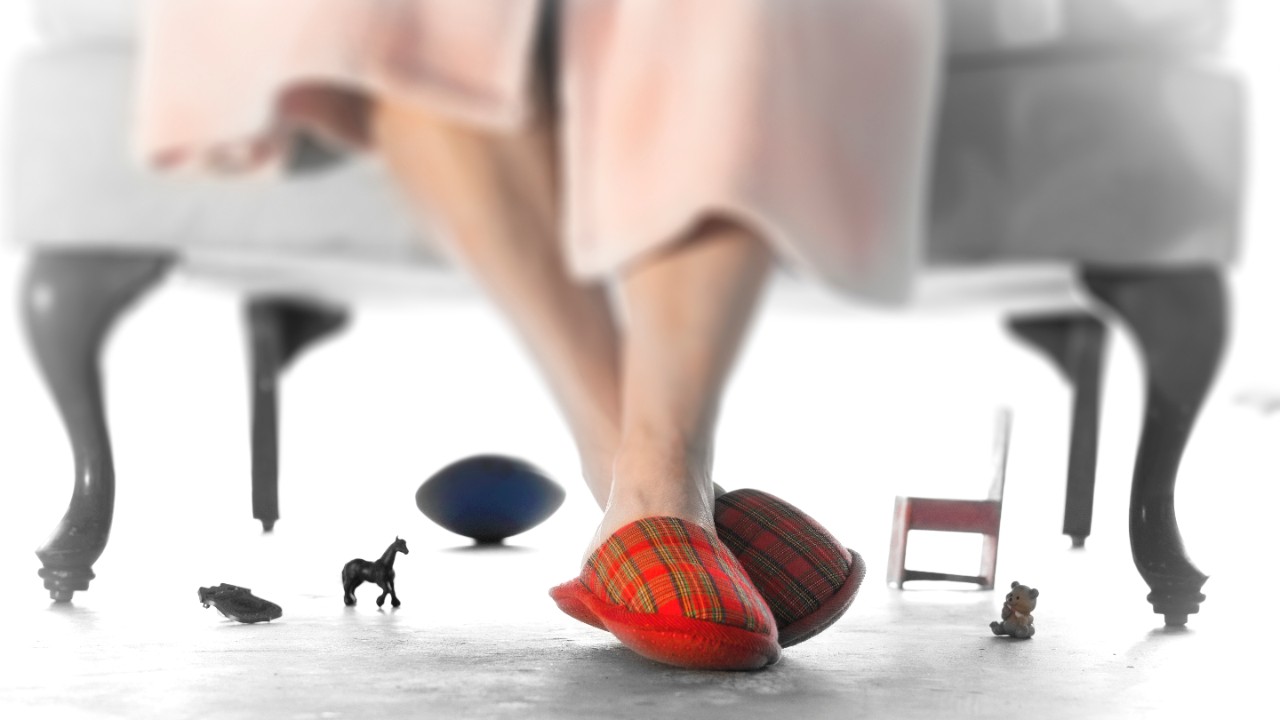 In the darkness of early morning I reached over and turned off the alarm clock.

I slipped out of the warm bed, nursing a familiar feeling of dread as I picked up my robe and slippers. I made my way out of our room and down the stairs.

Once in the kitchen, I made my cup of tea and then crept down the basement steps. The cold of the concrete floor made its way through the soles of my slippers. I put my tea down on a table and threw a load of wash into the machine.

Bundled against the cold and hidden in my basement retreat, I knelt down before the old, ragged wingback chair and engaged in my daily battle with foreboding of the day that lay ahead and guilt from the one that lay behind.

As the mother of small children, it was challenging to find time to be alone with God. I had found that for me, an hour with Him before the start of day was almost essential if I wanted to be, in any sense, a godly wife, mother, and leader.

I felt deeply my own failings, my propensity to selfishness, my short temper and sharp tongue. I used my “quiet time” as a time to pull myself up by my proverbial bootstraps to present myself before God. I would meditate on Scriptures, read devotional books, do anything to calm myself and be a better version of myself.

This morning, though, God interrupted my well-intentioned efforts. As I knelt before that familiar chair, I saw a kind of picture. It was of me, with a ladder to heaven in front of me. I began dragging my poor self up the ladder. I was heavy and this was hard work!

I did this every morning.

I was trying to clean myself up and make myself worthy of relationship with God, striving against sin and everything that would try to drag me down. I hoped that by putting on my best face and dragging myself up that ladder I would be worthy of God’s attention, of His grace and enabling, of His answers to my heartfelt prayers. All good and worthy aspirations.

But God interrupted my efforts. He seemed to be saying, “Why are you dragging yourself up this ladder?”

“Um…  Isn’t it obvious? Because I want to stand before You! I need Your grace. I need You to hear my prayers!”

“What religion is that you are practicing?”

Now that was not a welcome question.  God knew I was a follower of Jesus Christ! But as I examined my heart, I realized that I had fallen into something other than what I had intended. Somehow, somewhere along the line, my daily discipline had become an exercise in cleaning myself up and making myself worthy of entering the presence of God. Of course I was meant to strive against sin, but always in the context of the free gift of righteousness that is found in Christ alone, a free gift available by His love.

In the days and weeks that followed that morning, I changed my ways. Rather than focusing first on cleaning myself up, I brought my same sorry self into God’s presence “as is” and dwelt on His love for me. Instead of suppressing or hiding my sin, I confessed my shortcomings and freely received His forgiveness. Joy replaced my dread in those first moments of each day. No more ladders for me. Just love!

For more about finding your identity in Christ, read “What to Put On and Off in the New Year” or “Who Am I? A New Way to Define Identity”.

Elizabeth Schenkel has been actively involved in Christian ministry on four continents over the past 40 years. After a violent attack nearly ended her life in 2000, Elizabeth became a spokesperson for the persecuted church and for fulfilling Christ’s Great Commission through bold steps of faith. Elizabeth co-wrote the evangelistic, follow-up film series for the “Magdalena” film entitled “Rivka.” After serving overseas for 16 years, Elizabeth and her husband, Erick, moved to Orlando, Florida, in April 2012, where Erick is serving as the Executive Director of Jesus Film Project. The Schenkels have 5 grown children and 3 grandchildren.

How Your Personality Connects You With God

God has hard-wired each of us to experience Him uniquely.