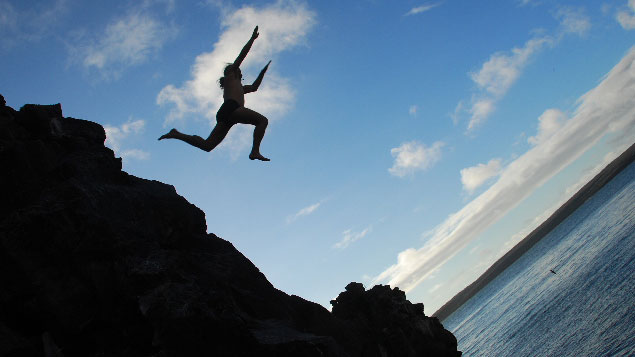 We had previously suffered and been insulted in Philippi, as you know, but with the help of our God we dared to tell you his gospel in spite of strong opposition. (1 Thessalonians 2:2)

What makes people do dangerous things? Sometimes it’s the adrenaline rush that accompanies cheating death. For others, maybe the promise of glory or riches awarded for bravery and valor. In some cases, it’s sheer insanity or inanity. But I don’t think Paul fits into any of these categories. He risked his life (and eventually gave his life) for something he deemed more valuable. Take a look at his daredevil resume:

Paul’s passion for the gospel and zeal for seeing God glorified in the lives of people drove him to do some treacherous stuff. He didn’t exactly play it safe and he attempted some feats that I’m sure left his friends shaking their heads in disbelief. In fact, his life would be a great action movie. (Although it’s hard to picture who would play the lead role. Vin Diesel?) If Dos Equis existed in the first century, Paul could have been the spokesman because he was, perhaps, the most interesting man in the world. “I don’t always preach. But when I do, I prefer the gospel.”

But this life of courage in the face of danger wasn’t one that he just fleshed out on his own. The Holman Christian Standard Bible translates 1 Thessalonians 2:2b “we were emboldened by our God to speak the gospel to you in spite of great opposition.” God provided Paul and his companions – and countless missionaries since – with divine boldness to declare the gospel. Paul wasn’t afraid to take risks, to spiritually pioneer new areas, to dream big.

In my various roles and responsibilities in ministry over the years, I have tended to be relatively cautious, to be satisfied with mediocrity, to settle for the status quo – mostly because I was afraid of failure and of my image taking a hit. I can’t tell you how many times I’ve had a chance to speak the gospel to somebody and totally wussed out. But the goodness and grace of God has also empowered me to “dare to tell” people the gospel in spite of (some slight and vaguely perceived) opposition. I pray that I will be sensitive to the Spirit’s leading and strengthened by the Spirit’s power in order to tell people the greatest news they’ll ever hear.

Tim Tebow is an enigma. He is an incredibly nice guy but an unbelievably tough guy. He is fiercely competitive but remarkably humble. He is harshly criticized but ridiculously popular. While he quarterbacked the Denver Broncos during the 2011 season, a remarkable pattern emerged. During the first three quarters of most games, he appeared to be the most inept passer in history. But in the fourth quarter, he turned into John Elway, winning games with last-minute heroics.

Tebow is one of the most famous athletes in the world, so much so that his name has become a verb with two meanings (tebow: 1. To drop to one knee in prayerful reflection. “That dude was tebowing in the middle of a busy crosswalk.” 2. To mount a comeback win in dramatic fashion, in spite of having been outplayed for the vast majority of the game. “The Chicago Bears just got tebowed.”)

Ever since his freshman year at the University of Florida, Tebow has been famous not just for football, but also for his faith. He has consistently used his platform to boldly tell people about his relationship with Christ. It appears that he never misses an opportunity to deflect attention from himself and give all the credit, thanks and glory to Jesus. He doesn’t let critics shut him up because he seems to realize that his time in the spotlight could end at any moment and is therefore using every opportunity to tell all who will listen about the goodness and faithfulness of God. Maybe “tebow” should have a third meaning: “to declare the gospel boldly.”

When have you “dared to tell” people the good news in spite of real or perceived opposition? When have you chickened out? What was the difference?

Frog Soup for the Soul