How to Discover Your True Identity 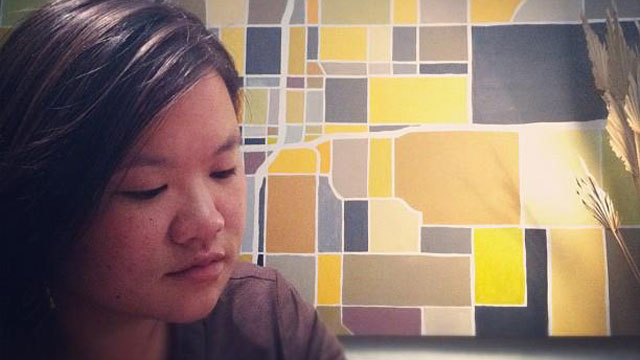 If you are interested in learning more about placing your value in things that are truly satisfying, sign up for the email series at the bottom of the page.

One afternoon when I was in sixth grade, as I walked up the steps of my school bus, a boy blocked my path.

I exited and walked 15 minutes to the public bus station. For the rest of the school year, I intentionally missed the school bus and used public transportation. I have never forgotten the other students’ laughter that day.

“Chink” is a derogatory term used against Asians, targeting the shape of their eyes. My eyes. Over the years, I’ve heard different, appropriate phrases for the appearance of my eyes, but none have been able to fully pacify the flurry of emotions I felt that day.

The message was clear. Because of my race, my identity, I wasn’t worth a seat on the bus.

We all find our identities in different places — name, race, country of origin, job, religion and so on. The following is an exercise that will help you see where you find your identity.

Write down 8 identifiers that describe you. They can be positive, negative or neutral. If you are stuck, start with what you do, a personality trait or your appearance.

Stop here and complete the exercise.

God recognizes each of these things. But, thankfully, He sees more than the 5 feet, 1 3/4 inches of me.

At Creation, God made us in His image and likeness (Genesis 1:26). Though we fell, when we accept that Jesus took our sin, died for it and then rose again victorious, we become the righteousness of God (2 Corinthians 5:21).

God sees us through Christ. It is Christ who shapes our identity.

Imagine a bracket. At the lower end are all the bad things ever used to identify you.

In Philippians 2:6-8, Paul writes that Jesus, “being in very nature God, did not consider equality with God something to be used to His own advantage; rather He made Himself nothing by taking the very nature of a servant, being made in human likeness. And being found in appearance as a man, He humbled Himself by becoming obedient to death — even death on a cross!” (New International Version).

Jesus made Himself nothing. He took on all of our sin and shame. In obedience He took our punishment. He became nothing — the lowest of the low.

At the top of our bracket are the good identifiers.

In the next part of Philippians 2, verses 9-11, Paul writes, “Therefore God exalted Him to the highest place and gave Him the name that is above every name, that at the name of Jesus every knee should bow, in heaven and on earth and under the earth, and every tongue acknowledge that Jesus Christ is Lord, to the glory of God the Father” (NIV).

Jesus deserves to be worshiped by all of creation. He’s that worthy.

Our identities, as believers, are in Jesus.

We cannot be lower than Jesus. God made it clear there is nothing outside of His saving power. Nothing, says Romans 8:38-39, “will be able to separate us from the love of God, that is in Christ Jesus our Lord” (NIV).

We cannot be higher than Jesus. Jesus bestows on us an identity impossible to acquire on our own.

When I am tempted to think I am better than someone else, I am reminded that all are equal in Christ. His death and resurrection caused everyone to have that same identity: no lower than Christ and no higher.

Last year, the word “chink” surfaced in my life again, through an ESPN story titled “Chink in the Armor” about NBA star Jeremy Lin. For the first time, I told people how the slur was used on me.

A friend responded: “You are worth a seat on a bus, and far, far more.”

With Christ, we are awarded a new identity. Our value and importance comes directly from God. He is the standard of goodness and truth, and He claims us as His own.

You are worth the seat on the bus, and far, far more.

Where Do You Find Your Value?

Feeling valuable can influence your emotions, decisions and mental well being, so finding your value in things that last is important. Are the things you find your worth in satisfying you?

Sign up for our email series to learn more about placing your value in things that are truly satisfying.

An issue has occurred. Please try again or contact website administrator.
Congratulations! You have successfully subscribed. Your first email should arrive within the hour.

When Finding Your Hope in Social Media Fails You

Discover how you may be filling a void with social media and what to do when it fails to fill you up.

How Do You Measure Your Value?

Finding a lasting sense of value and self-worth is a challenge we all face. Where do you think your value comes from?

This Is What Happens When You Get Over Yourself

How to embrace and value the stories of others as strongly as you do your own.