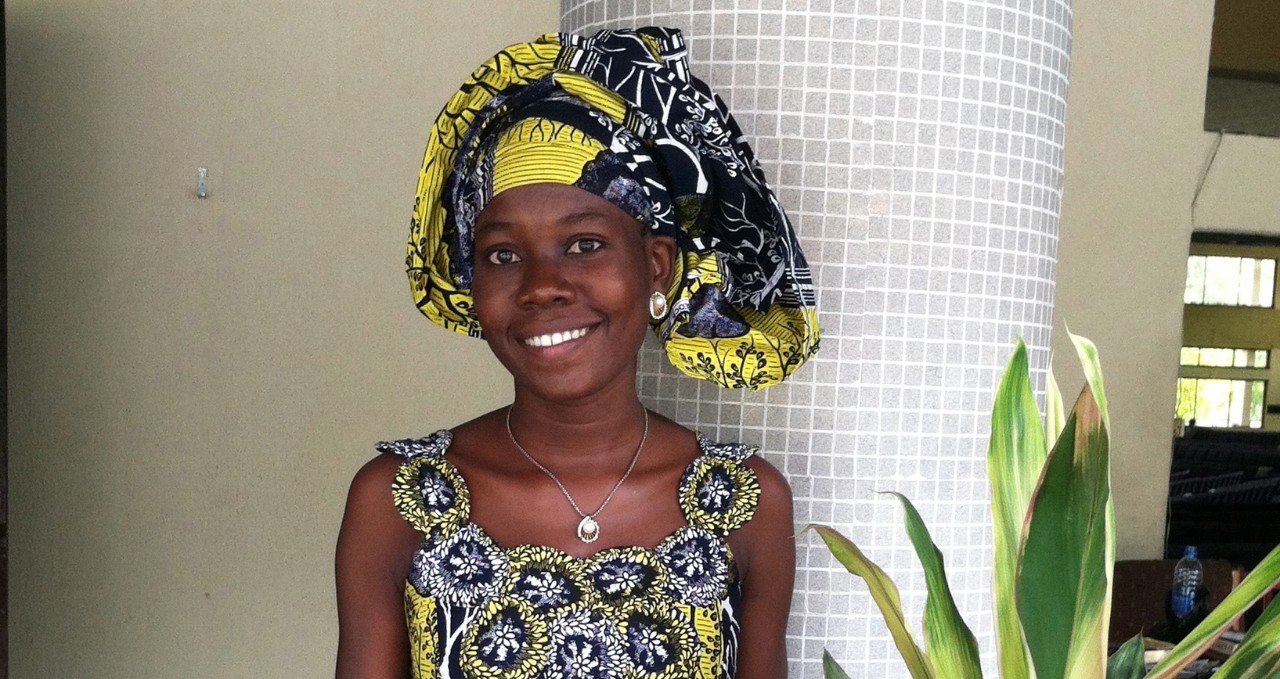 Doriane Sounouke, a marketing student at Calavi University in Benin, had no idea what God would do during her two-week mission trip to the neighboring country of Niger.

She went with 12 other students and Benin’s national director of Cru, Mitchai Parfait, to take the gospel to the Housa people. Doriane was tentative though to reach out to those who lived to the north of their West African nation.

“We hear so often here in Benin that when we are close to the north they will not accept us — it will be trouble,” says Doriane.

“We were working in so many areas,” Doriane explains. “In the day, we went into the villages to do individual evangelism. In the night, we showed the JESUS Film to the people.”

Large crowds of up to 1,000 came to view the JESUS Film, with more than half deciding to give their lives to Jesus. Typically, children make up the majority of these gatherings, and the team was encouraged to see many adults in attendance as well.

God was clearly at work behind the scenes — not only did He draw people of all ages to watch the film, but the team and its gospel message also found favor with the village leader.

“The chief of the village hosted us and showed us a place we could set up,” Doriane recalls. “By the night time when we finished the showing and were returning to our beds, the chief said, ‘No! Wait! We have a place for you to sleep here and tomorrow you can continue.’ The chief said we had delivered an important message to the people — many came to ask us how to give their life to Jesus.”

“On Sunday we conducted a church service in the villages where we had shown the JESUS Film,” Doriane says. “We worked with the pastor of a town called Gaya. The pastor was going to do follow up with the people in the church.”

It touched Doriane deeply to know the pastor would help these new Christians learn more about their relationship with Jesus.

“It was an amazing experience for me,” Doriane says. “When we went there, they accepted us and were very hospitable to us. That was surprising to me. We knew Jesus had been at work in people’s hearts before we arrived because the people were so accepting.

“We see that the people there need the Word of God. They asked us to come back in the future and show the film again.”

Surprised and encouraged by experiencing God at work, the group plans to return and plant more churches. They want to help strengthen the Housa people in their faith.

Will you consider a mission trip?

Parfait Mitchai knew how to put curses on others, but he feared death. This fear led him to an encounter with Jesus.