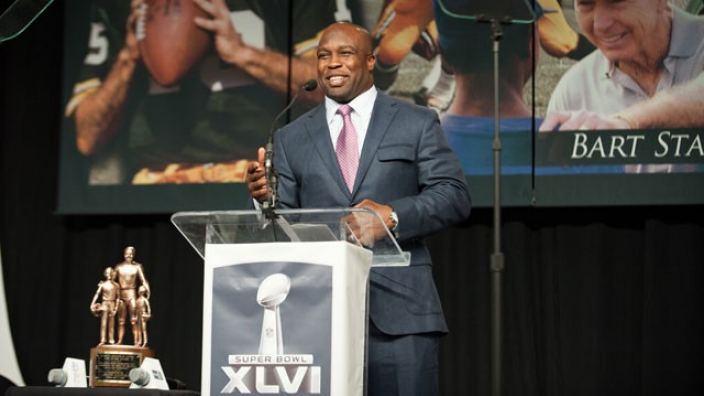 “My heart wasn’t there, but I didn’t want to disappoint my team.”

Peer pressure might have been what prompted Phil Poggi in the door for the Super Bowl Breakfast telecast in 2008. But the Spirit of God kept him there and changed his life for the better.

Back then, Poggi was coaching a JV basketball team at Kings High School in Mason, Ohio, all while dealing with the unexpected death of his father the previous year.

“That really started a change in my life, lots of self-reflecting, and I didn’t like the direction I was going,” he recalls. “Things were really spiraling downward that year.”

One of his players’ parents, Jeff Crull, invited Poggi and the team to an outreach breakfast at his church in Mason and invited the school’s basketball athletes to be there. The breakfast featured a simulcast of the Athletes in Action outreach Super Bowl Breakfast, held that year in Phoenix, Ariz.

Poggi knew what the breakfast involved, having worked with Anthony Munoz, Hall of Famer and Bart Starr Award winner who was active with AIA. But he just wasn’t expecting anything major.

On the day of the breakfast, Poggi snuck into the event late and took a seat in the back. Though he came with no expectations, the program touched Poggi in a special way. Despite his initial reluctance at attending the breakfast, it ended up changing his life.

“It was LaDanian Tomlinson’s speech that touched me,” he says. “He struck me with two things he said in my broken place. Someone asked him why he does the things he does, and he said, ‘My father is in heaven and watching me; when I meet my dad there, he’ll ask me what I did with this name.’ Then he said he’ll meet his Savior, and He’ll ask, ‘what did you do with this life I gave you?’ That broke me and I realized I was messing this up. I bowed my head at the table that day and said, ‘Enough is enough; Jesus, I need you to fix me and heal me.’”

Poggi says he grew up in church and had learned much about Jesus, but never knew Him on a personal level. As a young man, church was more of a social event with little substance or meaning. But this time, something had changed inside. A relationship with God was what he had been missing to guide his life.

Very soon, Poggi met the pastor of River’s Crossing Community Church, a new congregation that was meeting in his school on weekends. He became an active member and soon joined the team overseeing the facilities. He began dating a Christian woman and the two eventually married. Life was good.

But being a native of the area, it took some time for Poggi’s transformation to convince folks who had known him for years.

“There were lots of scars and healing and back-story that people knew about me, so that added a layer of difficulty for me,” he recalls.

Still he pressed on, knowing he’d be able to impact the younger generation he worked with day in and day out. At the end of that year, he returned to athletic administration as the athletic director at Aiken High, then returned the next year to Kings ISD, serving in his current role as athletic director for grades 7-12 and district facility coordinator. He’s still active in leadership at River’s Crossing, which moved into an old theatre building at Easter.

Poggi helps lead the Fellowship of Christian Athletes at Kings High, serves in men’s ministry at church and is in the pre-eldership program. He speaks to students regularly through FCA or church youth groups, encouraging them to follow God and let Him guide. It’s a lesson Poggi learned firsthand that February day almost five years ago.

“First and foremost, Jesus filled that peace I felt I was chasing all my life, that satisfaction. I have a peace and access to Jesus and I can come in every single day knowing that regardless of what I do, as long as it’s for His glory, I’m making an impact,” he says. “When times get tough, I have access to the Creator of the universe. He can walk me through even the most difficult circumstances.”